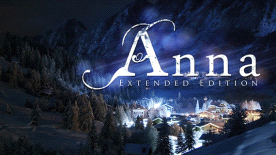 Anna - Extended Edition © 2013 Kalypso Media Group. All rights reserved. Developed by Dreampainters. Published by Kalypso Media UK Ltd. All other logos, copyrights and trademarks are property of their respective owners.