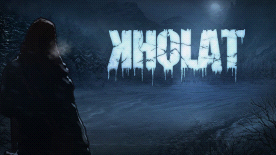 © 2015 IMGN.PRO with it’s headquarter in Bielsko Biała, Poland. All rights reserved. Kholat, the Kholat Logo, IMGN.PRO and the IMGN.PRO Logo are among the trademarks of Imagination s.c. All trademarks are property of their rightful owners.