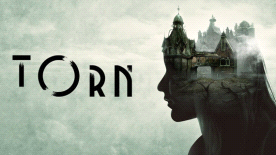 Torn is a dark science-fiction mystery. Explore the abandoned mansion of Dr. Lawrence Talbot, an eccentric scientist missing for 64 years. Use the Gravity Tool to activate Talbot’s machines, then transport to the strange dimension known as “The Parallel.