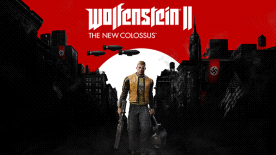 Please be advised that the international (non-German language) versions of “Wolfenstein® 2: The New Colossus” (the “Game”) includes Nazi-related symbols and content – as a result, the sale, import, export, or distribution of the international versions of the Game and its related images and assets to and in Germany is strictly forbidden by German law, and would be, among other statutory violations, a criminal offence which may result in a financial penalty or imprisonment. Any person involved and/or responsible for such violation may be prosecuted and sentenced, including officers and employees of companies involved. On the basis of legal advice and industry standard practice, ZeniMax are also not making such images or assets available to Austria.