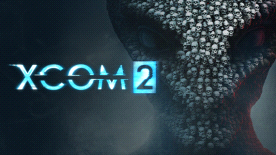 ©1994-2016 Take-Two Interactive Software, Inc. Take-Two Interactive Software, Inc., 2K, Firaxis Games, XCOM, XCOM 2, and their respective logos are trademarks of Take-Two Interactive Software, Inc. Unreal® Engine, Copyright 1998-2016, Epic Games, Inc. All rights reserved. Unreal® is a registered trademark of Epic Games, Inc. This software product includes Autodesk® Scaleform® software, © 2016 Autodesk, Inc. All Rights Reserved. Portions hereof © 2002-2016 by Nvidia® Corporation. All rights reserved. Facial animations generated with FaceFX. © 2002-2016, OC3 Entertainment Inc. and its licensors. All rights reserved. Originally developed by Firaxis Games. Developed for and published on Linux and Mac by Feral Interactive Ltd. Linux® is the registered trademark of Linus Torvalds in the U.S. and other countries. Mac and the Mac logo are trademarks of Apple Inc., registered in the U.S. and other countries. Feral and the Feral logo are trademarks of Feral Interactive Ltd. All rights reserved. All other marks are property of their respective owners. The content of this videogame is fictional and is not intended to represent or depict an actual record of the events, persons, locations or entities in the game’s setting. The makers and publishers of this videogame do not in any way endorse, condone or encourage engaging in any conduct depicted in this videogame.