Bolivia offers extreme climate, which creates a variety in setting and allows gamers to experience different weather conditions. It was important to the team that they understood the behaviour of this country and its ecological diversity.

The Ghosts will be put through their paces in the thick humidity and crushing waves of rain that sweep across the Wildlands. In this endurance and stealth driven game, the map has to reflect the gripping ruthlessness of this country’s climate. 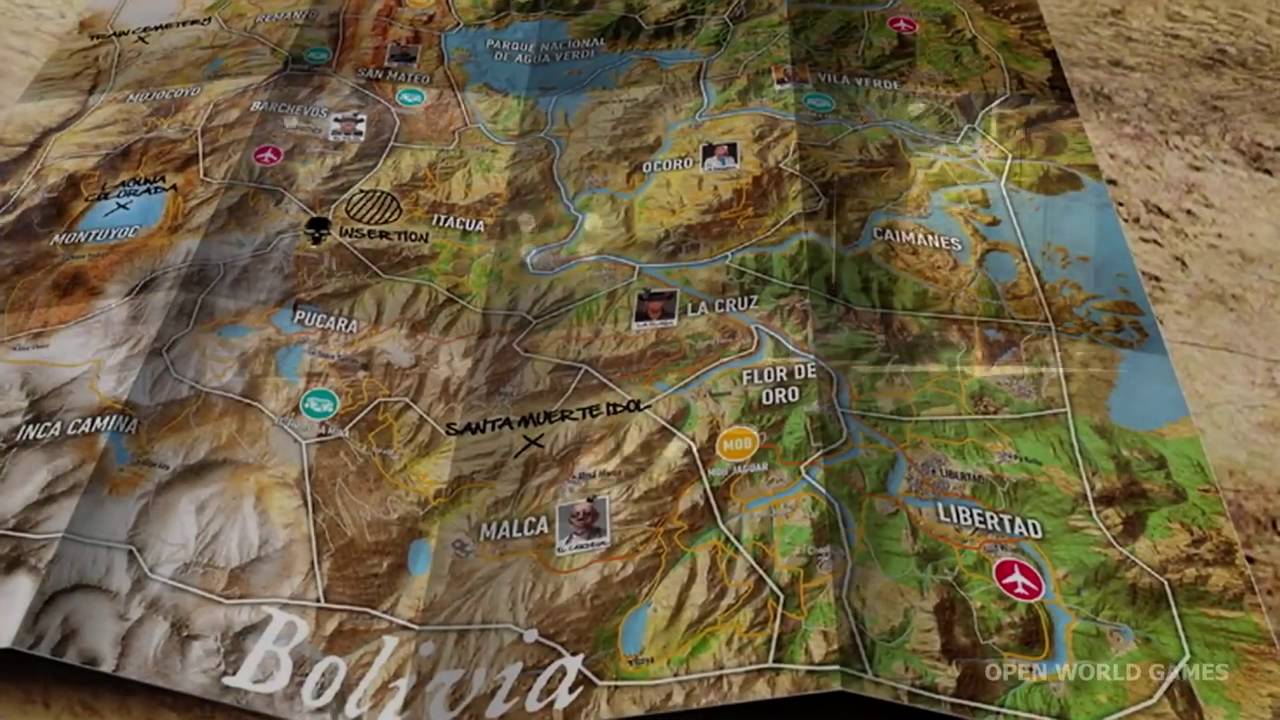 The location allowed for a diverse gameplay, as gamer choices have a domino effect and can result in traction of events, which are constantly manipulated by the weather conditions.

As well as the weather, Bolivia was chosen for its sweeping, exposed and stunning landscape, giving players the large scale that an open world needs. When in flight, you can really appreciate the expanse of the world, as you are able to explore villages, cartel controlled zones, drug factories and small community towns.

The Ghost Recon Wildlands map adheres to all the needs of any open world game, crossed with the trademark Ghost Recon feeling including smaller areas to explore, whilst employing a deafening sense of dread.

A beautiful looking game, which gives players the space, challenges and landscape to oppose spontaneous events, side missions and at the core, the Santa Blanca drug cartel.

The Ghosts are a legendary Elite Special Operations team. They are the team that attack the heart of situations deemed dangerous and they are required to move quickly, silently and without hesitation.

Learn about other games

Resident Evil:
past and present
For Honor
What you should know