E-Sports Spotlight On League of Legends

League of Legends is by far the most popular e-sport, but it can seem impenetrable for beginners. It is packed full of characters with different abilities, game-changing items, and vague acronyms, making it intimidating to watch at first. Even e-sports stream aimed at beginners don’t always do the best job of explaining everything, so we’ve put together a short guide to understanding LoL.

It starts with a draft phase. Before each match begins, both teams choose their champions while also voting to ban champions on the other team. It’s a phase where teams are trying to strategically choose champions to counter the opposing team, while also blocking off enemy champions that could give them a hard time. To understand all the characters, your best bet is to check out developer Riot’s champion spotlight videos on YouTube. 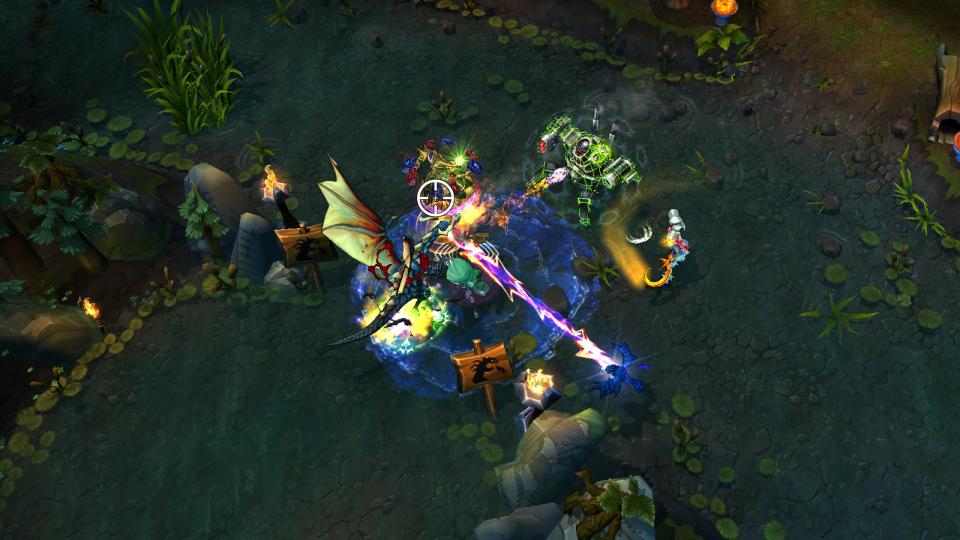 Once a game kicks off, two teams of five are battling to destroy the base of the opposing team. One the way, they have to deal with various enemy towers across three lanes, all while enemy champions and enemy NPC - known as ‘creeps’ - try to stop them. Creeps and other kills can be farmed for experience and gold, so both teams grow with power as games progress. What skills and items players choose to spend these on can change the course of a match dramatically.

Listening to the casters - who provide commentary on games - is a good way to learn how to read a match. When they start to speak excitedly, you will soon learn to parse what moves you should pay attention to in what context. At first it will seem incomprehensible, but you will soon learn the nuances of this deep, complex, and exciting e-sport.

The League of Legends Championship Series (LCS) is the best place to watch professional e-sports, where the most exciting, dynamic teams battle it out for huge prizes. The next one kicks off in January 2018 and you can follow the action on Twitch. Get behind a team and follow them to victory or defeat to truly appreciate the drama of this exciting e-sport.