The epic space combat simulator Battlefleet Gothic returns, and this time it's more chaotic, more destructive, and more spectacular than ever. 12 factions wage war in infinite space, filling the screen with laser fire and explosions, while an all-new UI helps you to maintain order in all the chaos across three story campaigns. But those are just the broad stokes - here's what Battlefleet Gothic Armada 2 brings to the table(top).

All 12 factions from the tabletop game

Most strategy and space combat games offer a familiar three-way fight with that time-honoured 'scissors, paper, rock' power balance. Battlefleet Gothic Armada 2 is not most strategy and space combat games. The Imperial Navy, Space Marines, Adeptus Mechanicus, Necrons, Chaos, Aeldari Corsairs, Aeldari Craftworld, Drukhari, the T'au Merchant and Protector Fleets, Orks, and Tyranids are all waging war with one another here. Frankly it's a good job the galaxy is so vast, because you need a lot of real estate to wage a twelve-way fight.

For those unfamiliar with Warhammer 40,000’s latest setting, Abaddon the Despoiler's 13th Black Crusade has succeeded, and Cadia has fallen. The effects of this are profound, splitting the galaxy in half, and as one might imagine that gives all 12 factions a considerable stake in the conflict.

A new region is formed from the galactic tear, the Eye of Terror, and the neighbouring regions known as the Aegis Ocularis make for hotly contested territory. City-sized starships wage war with each other against a backdrop of ruptured space - and you're navigating it all, seeking total dominance of the galaxy.

What would the universe be like if the Imperium, Necron, or Tyranid fleets established dominance in the immediate wake of Abaddon the Despoiler's 13th Crusade? The three grand strategy campaigns within Battlefleet Gothic Armada 2 explore that very question, placing you in the position of a commander of each faction and presenting very different realities based on the consequences of your actions.

It isn't just about who brings the biggest guns to the fight though, or the highest number of them. Victory is achieved through meticulous scouting and carefully planned attacks. In the heat of battle, manoeuvring your vessels effectively is also key - these are enormous hulks with the turning circles to match their size. By boarding enemy ships or whittling down their morale and forcing them to rout, victory can be wrought from the most chaotic of fights.

Bringing some order back to the chaos is an all-new user interface for Battlefleet Gothic Armada 2, designed to communicate all the vital info at a glance no matter how fraught the battle becomes. A new control layout joins this UI overhaul.

1v1 and 2v2 ranked ladders, casual versus, and AI skirmish games all await when you're ready to step beyond singleplayer.

In order to help get you into the fight quicker multiplayer force selection is a more streamlined experience by default, but the full complexity of a custom fleet builder is available via the game's modifiable variables. So if your heart's set on a very particular style of play and you need the fleet to execute it, the power's in your hands. If you prefer to simply jump in the fight, that's easy.

Unlockables are purely cosmetic upgrades, so multiplayer matches are bases on skill rather than superior weaponry. For the dedicated though, there's still the option to wear your commitment on your sleeve with those visual item unlocks. 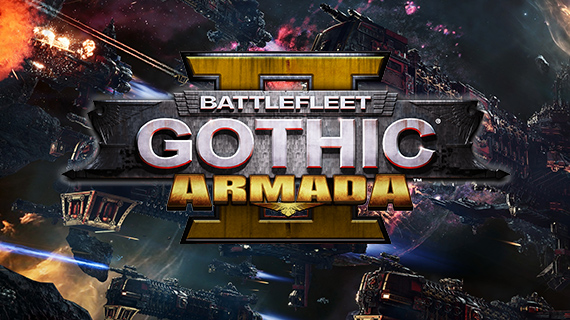 Farming Simulator 2019 brings a bumper crop of new features, each of them bringing you closer to the freshly ploughed fields and neatly stacked hay bales of your virtual farm.