To paraphrase Dickens - it was the worst of times; it was the worst of times. Residents of Britain's capital had little to be cheerful about in 1918, in the immediate wake of World War One. The collective trauma the nation suffered at the hands of that first mechanised war, and the staggering death toll that came with it, had to be reconciled with a new misery: the Spanish flu epidemic.

Living conditions in early 20th century London were, tragically, perfect for the quick spreading of a contagion such as this - the total dead exceeded 200,000 in the UK. And if those twin devils weren't enough to contend with, Vampyr's fictionalised history introduces a different kind of outbreak, too: Vampirism.

Player-character Jonathan Reid has contracted that very thing, which means the player's primary job is killing in order to feed and stay alive. Grim, yes, but it beats the alternative.

The question is: who should you feed on? Developers Dontnod introduced a golden rule during the design of Vampyr: everyone can be killed, even members of Jonathan's own family. That means the consequences of your actions can be profound and far-reaching, manifesting throughout the factions and communities of London.

Perhaps you feel morally watertight sinking those fangs into a local thug whose dirty deeds you've observed previously. He had it coming, after all. Until you see that the thug's children now have no father, and their lives are impacted accordingly.

Similarly, if you overfeed on a particular area of the map, you lose the entire district. Everyone - gone. Each district has an overall health value, so there's another consideration before you go getting your fill of blood. Aside from the moral weight of decimating a whole neighborhood, it makes your own survival that bit trickier too.

Jonathan's character impresses itself upon the city, then, but London is very much a character in its own right. Dontnod's vision of the city is an urban sprawl of ironwork and menacing silhouettes, gaslit streets and a fog that never seems to lift. A visual manifestation of London's mood during the area: grief, fear, and disease. Vampyr works mood lighting hard in every corner of its cobbled streets and riverside pavements, every dingy interior decked out with dusty hardbacks and candles. True to meteorological stereotypes, it always seems to be either raining or in the immediate aftermath of a downpour in Vampyr's London, which makes for a visual feast of gaslight reflections in dingy puddles and brickwork carrying a damp sheen. The incongruity the player must deal with is that although the city looks like an oppressive, scary place, as a Vampire feeding on its population, you're the scariest thing about it. 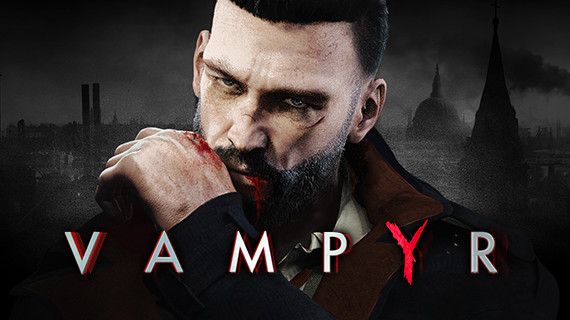