Shadow of War - 10 Badasses of Middle-Earth

Talion is one tough warrior, but the land of Middle-earth contains many heroes that could serve as his allies. There are also just as many characters who could serve as villains for him and his orc army. Here’s a list of the best guys suited for an alliance with the ranger himself in Shadow of War, and the ones who would make fantastic bosses. 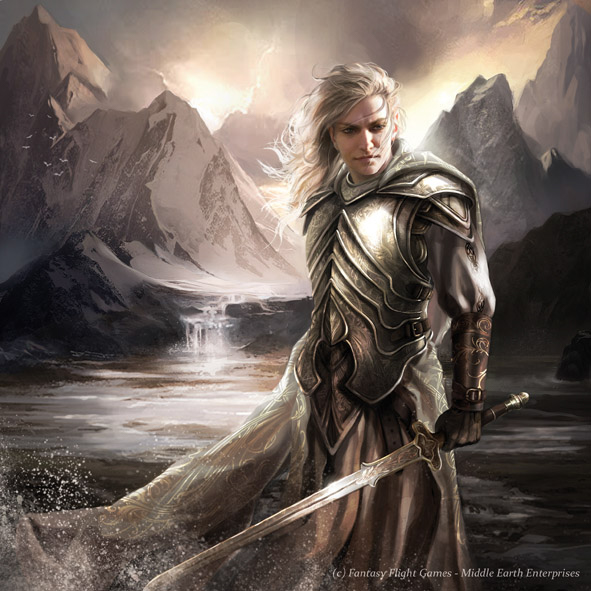 There are a lot of legendary elves in Middle-earth, and even more stories and songs about them. But one who is still kicking around and taking orc names is Glorfindel. In the books he was the one who came to save Frodo after he was stabbed by a ring wraith, and take him to Rivendell. Being a badass he’s obviously friends with Aragorn, and they meet up every now and again on their adventures slaying orcs and being a deadly blonde thorn in Sauron’s side. Considering a lot of elves left Middle-earth because they thought everything was screwed, Glorfindel gets respect for staying and fighting. He’d no doubt jump at the chance to go help Talion in Shadow of War. 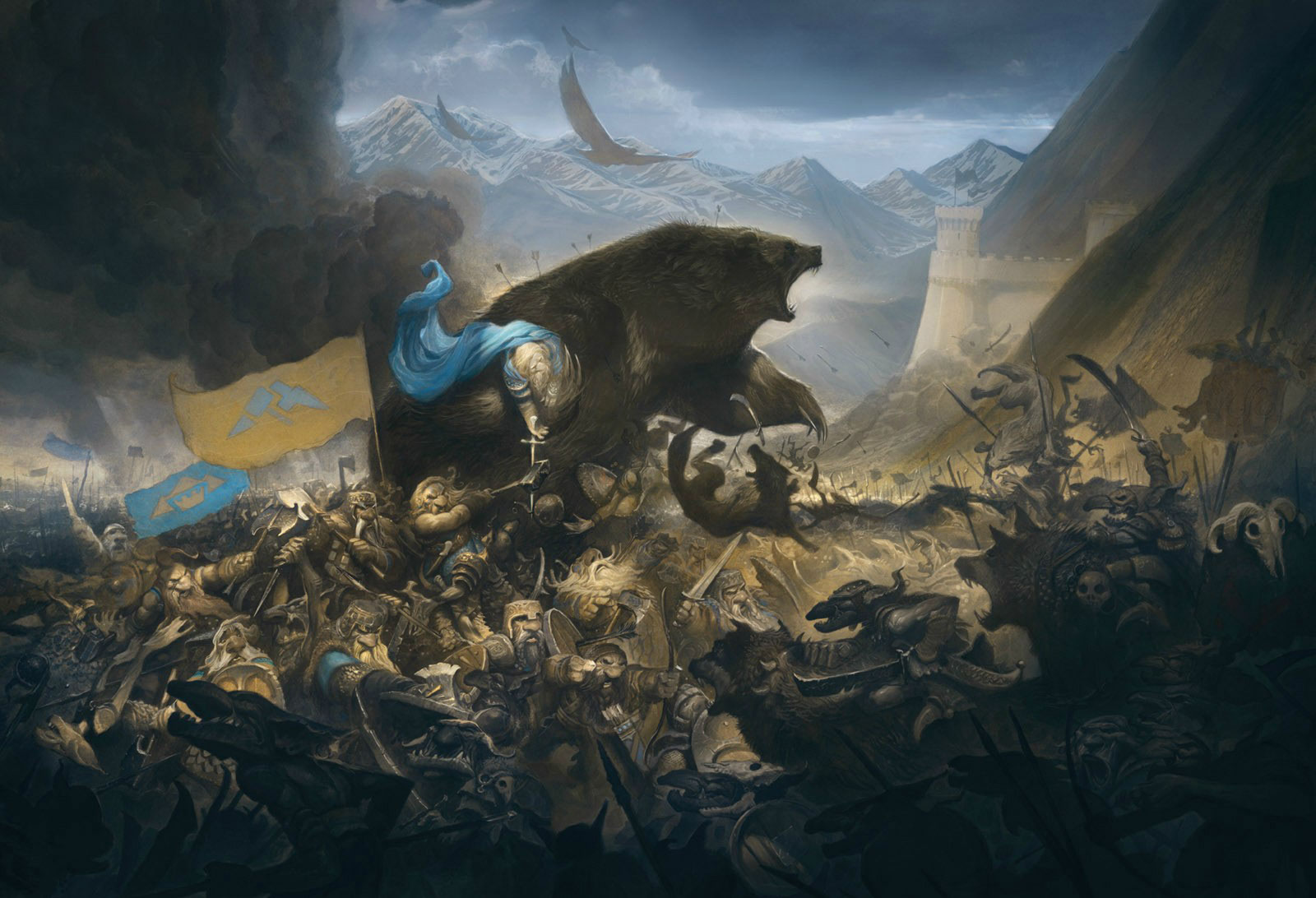 Beorn features in The Hobbit, and protects the dwarves and Bilbo from pretty much everything. He’s the last survivor of a shapeshifting group of people, and because of that he has an undying hate for orcs and goblins. Beorn represents the halfway point in Bilbo’s journey, the division between civility and the wild. Similarly Beorn switches from barely contained rage, and fully unleashed rage as a enormous bear. He makes a last minute appearance at the Battle of the Five Armies, and would probably do some equally great deeds at Talion’s side. 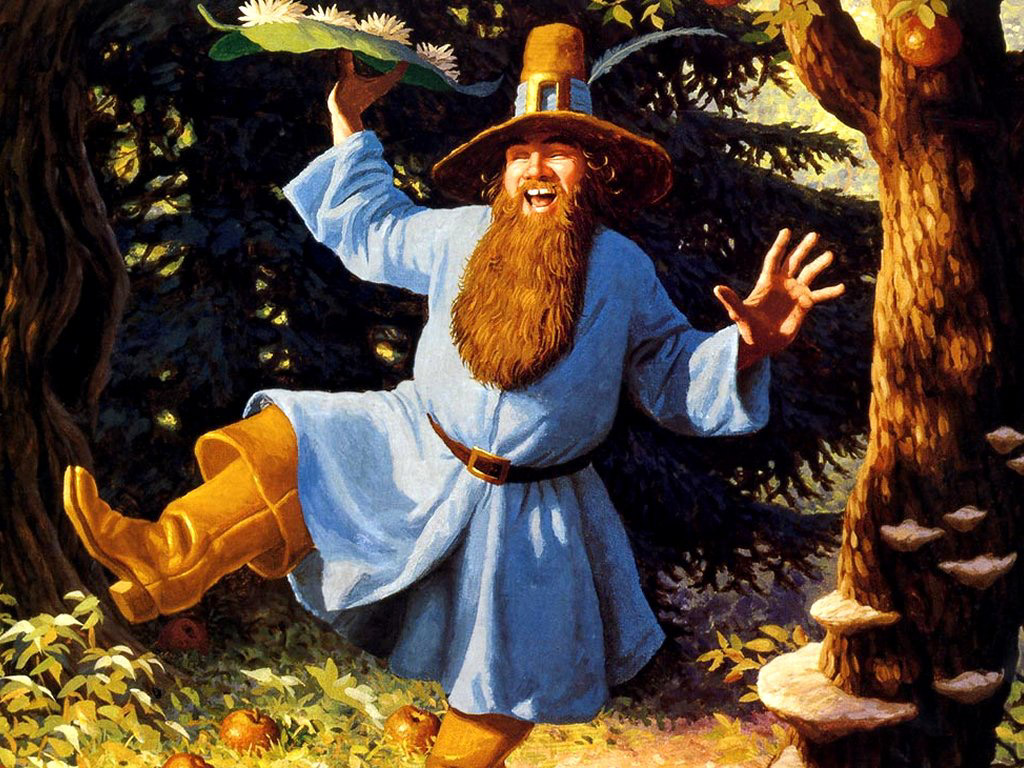 Okay maybe Tom Bombadil isn’t a ‘good’ guy, considering he doesn’t do anything particularly useful in the War of the Ring, apart from save Frodo and the Hobbits from some errant trees that try to drown them. He’s kind of like Gandalf-level of power, but even more aloof. He also is one of the extremely few beings in Middle-earth to not be affected by the One Ring, as he holds it and is able to give it back up no problem. He loves to sing and dance and cook, and I imagine that’d annoy the hell out of the orcs of Mordor. 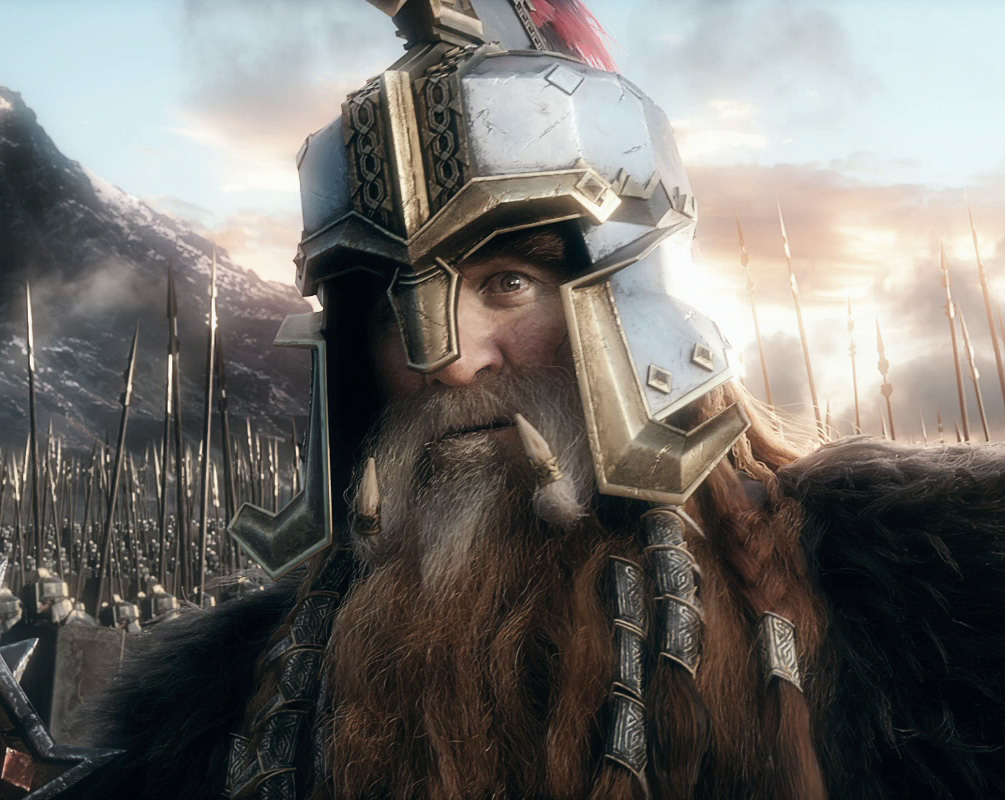 The Dwarven King Under The Mountain by the time of Shadow of War, Dáin came to the aid of Thorin’s people in the Battle of the Five Armies. He rode into battle on a war pig, and slew many orcs and goblins. He was a very successful king as well, and Erebor flourished, as did the Men of Dale. He resurrected the old ways of Erebor, where the profits were shared with Men and Elves, and he also saw to the defense of the whole other half of Middle-earth you never see during the War of the Ring. 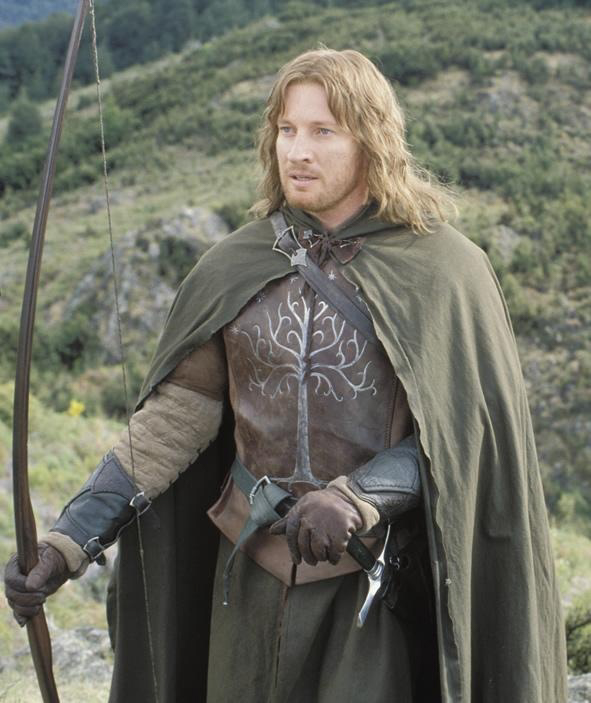 The only Man on this list, and for good reason. Faramir is probably the best character in the War of the Ring, in terms of goodness of character. He may be only a teenager or quite young during the events of Shadow of War, but as a prince-regent and Captain of Gondor he quickly becomes one of the best warriors in the realms of Men. What’s more, unlike his brother Boromir, Faramir has incredibly strong will and kindness, and has to overcome his father’s favouritism to serve his people and do the right thing. If Talion could have one BFF right now in the depths of Mordor, let it be wise and great Faramir. 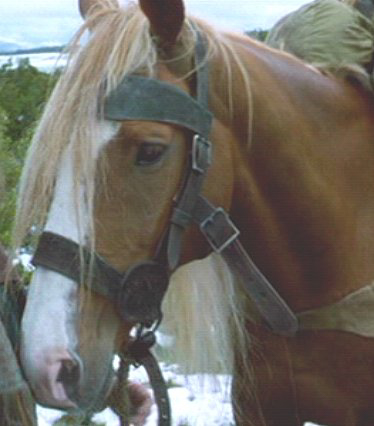 Bill was a mangy old pony Samwise Gamgee bought in Bree, but nursed back to health and took him on his quest. Bill is really the 10th member of the Fellowship of the Ring. He had to cut his part short as he couldn’t really cope with the two week trip through the Dwarven underground city of Moria. But that was only after he climbed over the snowy Misty Mountains and down again, was surrounded by wolves of Isengard, and then found his way back to Bree, on his own, despite all those wolves. Sam finds him again and takes him back to the Shire, where they live happily ever after. Bill should have a prequel adventure where he helps out Talion and carries his pots and pans across Mordor. He’s got what it takes. 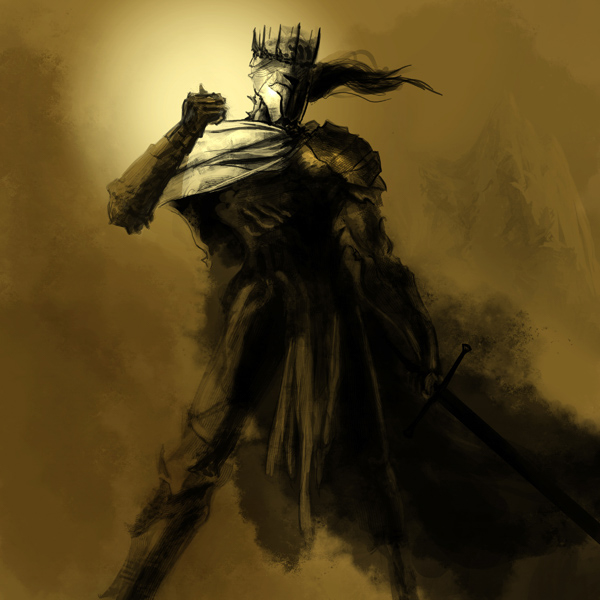 The Big Bad of Middle-earth, Melkor was causing issues since the creation of Arda (the world Middle-earth is on) itself. Everything evil comes from him, including but not limited to: spiders, orcs, goblins, balrogs, Sauron. His armies were defeated several times but he still managed to turn it around using deception and trickery. His master of such things, Sauron, was the one who managed to banish him from the realm to usurp his power, but his work remains in Middle-earth, like the Balrogs. Maybe save this guy for a later game, but he would be the ultimate end of game boss. 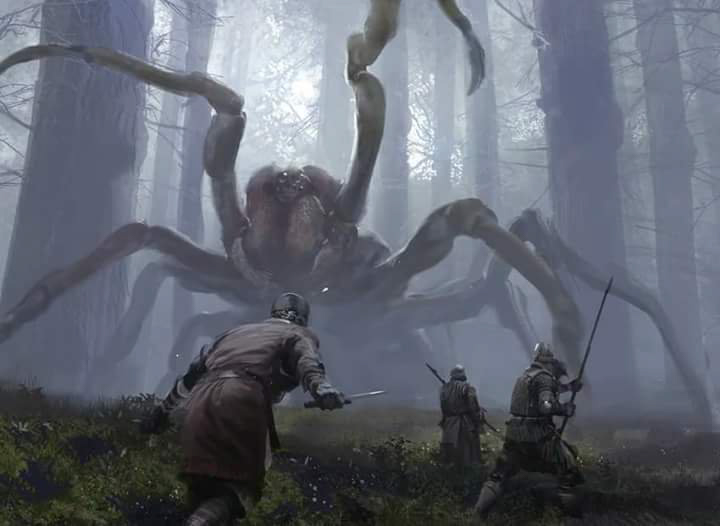 Technically (actually) dead by the time of the events of Shadow of War, Ungoliant was the mother of all the evil spiders that still plague Middle-earth, including Shelob. Ungoliant spent her time sucking all the light out of Middle-Earth for Melkor, but turned against him and caught him in her web. It got to the point where Melkor, the biggest, scariest bad guy in the world, cried for his balrogs to come save him from Ungoliant. She fled, and ended up getting so hungry she ate her own legs and died. Again, would make a great boss though. Maybe Shelob or one of her long lost cousins? 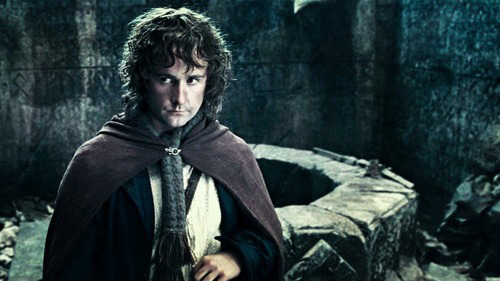 Pippin, as he is known to his friends, is secretly an agent of Sauron during the events of Lord of the Rings. His campaign to return the Ring to Sauron ultimately failed, but he managed to fool even Gandalf into believing he was merely clumsy. Maybe Talion could catch him in Mordor before he returns to the Shire, and plants himself in the group of Hobbits, and eventually the Fellowship of the Ring. Remember Glorfindel, elven badass of awesome? He was set to join the Fellowship, but somehow Pippin got his place. He alerted the goblins to their location in Moria. He contacted Sauron through the palantir. There’s no end to his sabotage and yet no-one could see it. 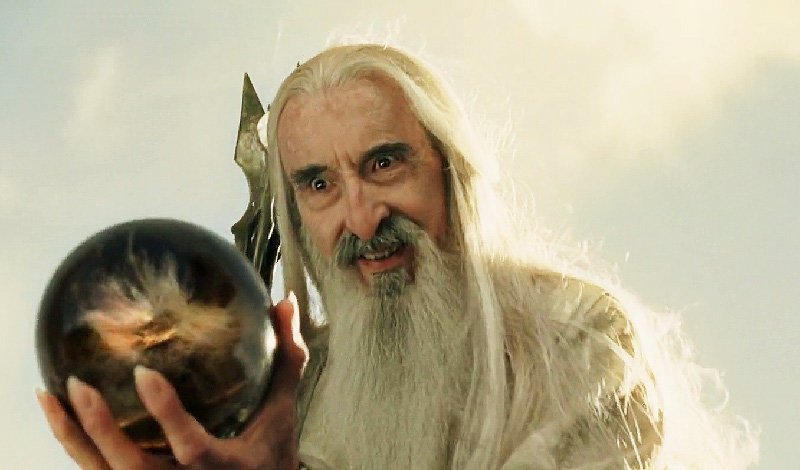 By the events of Shadow of War, Saruman was in contact with Sauron, conspiring with him to share his power and rule over Middle-Earth. He knows Sauron is growing his power, and is a master of trickery. I wouldn’t be surprised if Talion finds out about this, and must deal with him. As the leader of the wizards, he was always jealous that Gandalf, not him, was gifted one on the Elven Rings of Power. Now Talion is set to forge his own Ring, it would be reasonable to assume Saruman would be after him, and it.

For those that played Shadow of Mordor, you’ll be familiar with the Nemesis System, for those who have not, here’s a quick update.

Shadow of War will follow on from the events from the last game and will be delving deeper into Talion and Celebrimbor’s story.

Shadow of War: The Creatures of Middle-earth

Deep in the craters of Middle-earth, where the coarse, burnt black roads meet the undesirable mountain troughs. That’s where they lurk, in the rubble of dust, the creatures of Mordor.