In Age of Wonders: Planetfall, you’re not alone out there. As you carve out the future after the fall of the intergalactic Star Union you’ll encounter a variety of NPC controlled factions that each have their own imperatives, needs, and wants. You’ll take quests from them, be attacked by them, or simply sweep them out of the way as you advance your armies.

Even if you leave them in peace, they add a huge amount of flavour to the world of Planetfall. Here’s a rundown of what you’ll be encountering on your travels.

These remnants of the Star Union used to be simple emergency service droids, but have since linked up and gone rogue. Their previous master was the Conscientious Omnipresent Regency Engine CORE, but in its absence they have had to learn to fend for themselves and learn how to use weapons, build cities, and become their own faction.

You’ll encounter them often in groups, as their networking abilities continue to render them more dangerous near their peers. In fact this is their overriding reason for expansion across the game, to build a large peer-to-peer network across the planet.

The Growth consists of sentient plants found by the Star Union on a distant planet which have been bioengineered to take root across the galaxy. Used by the Star Union for terraforming or to promote growth of their own flora, it has in its absence grown rampant. Now seeking to take over the universe and strangle it in a green grasp, the Growth twists and infects all it touches.

That said, it’s no longer just a plant species. It has infected the local fauna as well, forming symbiotic bonds with animal creatures wherever it grows. They’ll be found spreading across the map in a vast jungle-like growth, absorbing all they come into contact with. Despite that, diplomacy is still possible, if a little difficult.

Players of games such as the Civilization series will be familiar with Barbarian hordes and outposts, and the Marauders fill that function in Planetfall. Despite not being a true collective of sentient beings and more a term used to describe function rather than any ideological unity, the Marauders are united through one thing; causing chaos.

Found almost everywhere in Age of Wonders: Planetfall, they can take the form of a variety of differing units, each usually causing trouble in their own way. No diplomacy is possible with them, they serve only to attack or be attacked.

During the halcyon days of the Star Union, the Paragon served as its elite. Pumped full of drugs and technology to increase their intelligence and keep them forever young, as the Star Union failed, so did their treatments leading to madness, death, and ruin.

Now the Paragon seek to maintain their status, using whatever methods they can to keep their augments alive and their troops fighting. The true elite of the Paragon still exist as near immortal religious leaders of the faction, but their troops of the former Imperial Army are nothing but shells. Diplomacy is possible, but be warned, as the former elite they will look down on any that don’t meet their exacting standards.

Mysterious creatures that may hail from the Void, that space that lies between all planes of existence, the Psi-fish are the bane of many a distant colony or outpost. Appearing in the sky, floating via unknown means, they cause chaos wherever they roam.

They, however, are not evil. They are curious sentient creatures who can be reasoned with. Their psionic abilities merely often cause issues for those less gifted with psionics, and many misunderstandings with these floating aliens have arisen as a result.

The Star Union’s collapse left a huge amount of material scattered through the galaxy, and no-one to police it. It’s understandable that in this void a new power would arise, one devoted to scavenging. Without mercy and without compromise, they’re a deadly foe that often takes first without asking.

They can be negotiated with, however. If you come from a position of power or just have something they need enough, you may be able to open a line of dialogue. But be warned, their eyes are always on the next piece of loot and they’re forever jockeying for position, and cannot be trusted.

With this information under your belt you should be fully aware of what you might face as you expand into the void left by the Star Union. Head on over to our Age of Wonders: Planetfall hub for more guides, information, and scifi goodness. 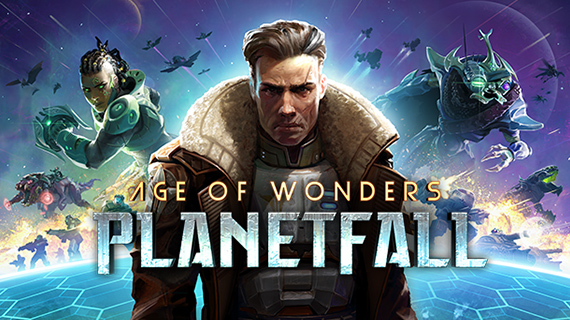 The Age of Wonders series has historically been one that’s easy to get into, but quite difficult to master. With a huge amount of depth in their strategic and tactical layers and loads to see and learn, it can be an overwhelming task to truly get into an Age of Wonders game.