We had the chance to interview the developers over at Focus Home Interactive, developers of Battlefleet Gothic: Armada. We asked them how it was to work on a 40K game, and also how they managed to create one of the most intense and detail-rich space battle game to date.

Eldars were the hardest to transcript and balance in a real time video game due to their very special propulsion technologies and the ‘Hit n Run’ combat philosophy they’ve adopted. The most fun by far was the Orks, because their unique nature left a lot of room for interpretation and creativity for both visuals and mechanics!

How much of your mechanics came from the original tabletop game itself?

It's easier to say how many mechanics did not come from the original tabletop. In the early stages of development, we tried to introduce mechanics like how the sun’s position, can give bonuses or deductions in accuracy depending on its position and your targets’ position. We found it pretty impossible to incorporate, and we decided to leave out this aspect of the original game. Also, all of the blast marker mechanics (which is very important in the tabletop) was left out mostly due to the fact that it's just didn't work well in real time.

Hard to say as we saw so many great battles but this one is in my personal top 10:

What races did you consider but didn’t make the final cut? Adeptus Mechanicus would’ve been cool…

Many races could be part of the game. We selected the ones that could offer different playstyles and variety for the multiplayer and solo campaign.

You’ve managed to capture many aspects of the Warhammer 40K universe within Battlefleet Gothic: Armada, which parts were the most interesting to implement? 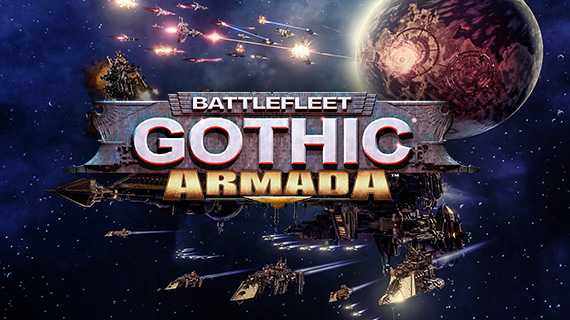