So you want to be a Dragonknight class in ESO.

Does that sound like you? Then the Dragonknight class might just be the class you’re looking for.

Before you sign up, you might want some more information about what skills and abilities you’ll get when playing as a Dragonknight in ESO, because we don’t want you starting and quitting. Dragonknights aren’t quitters.

As a Dragonknight you can specialise in three areas. You can respec at any time by visiting a rededication shrine in your faction’s major city, but an idea of which you want to invest in is a good plan.

So now you should hopefully know which class specialisation to focus on, so let's move on to the next stage of our ESO Dragonknight Class Guide.

Ardent Flame abilities focus on damage over time and crowd control, making this the damage dealing aspect of being the Dragonknight class in ESO.

Draconic Power is focused more on area of effect abilities and tanking, making this one of the primary tank class choices in ESO. Dragonknight specialising in Draconic Power can also find themselves stealing power from enemies and using it to heal themselves when under attack.

Earthen Heart focuses on tanking and crowd control, making it an ideal tanking specialisation in ESO. Dragonknights who focus on this specialisation will find themselves handing out debuffs and stunning enemies when tanking in ESO.

Dragonknights in ESO can be many things, from tanks to crowd controllers to primary damage dealers. This also depends largely on the weapons you choose, with many tanks favouring a one handed weapon and shield, with damage dealers often going for two handed weapons. The beauty of ESO however means you aren’t restricted by class, so please try any weapon combinations you think will fit with the class and the skills you intend to take. 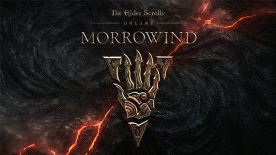 The Sorcerer class is one of the magic-based classes in Elder Scrolls Online. They utilise the elements of the world such as lightning and tornadoes to deal damage to enemies.

Elder Scrolls Online: Morrowind will be adding a new character class, the Warden, a powerful allrounder, who uses nature to aid them in battle.