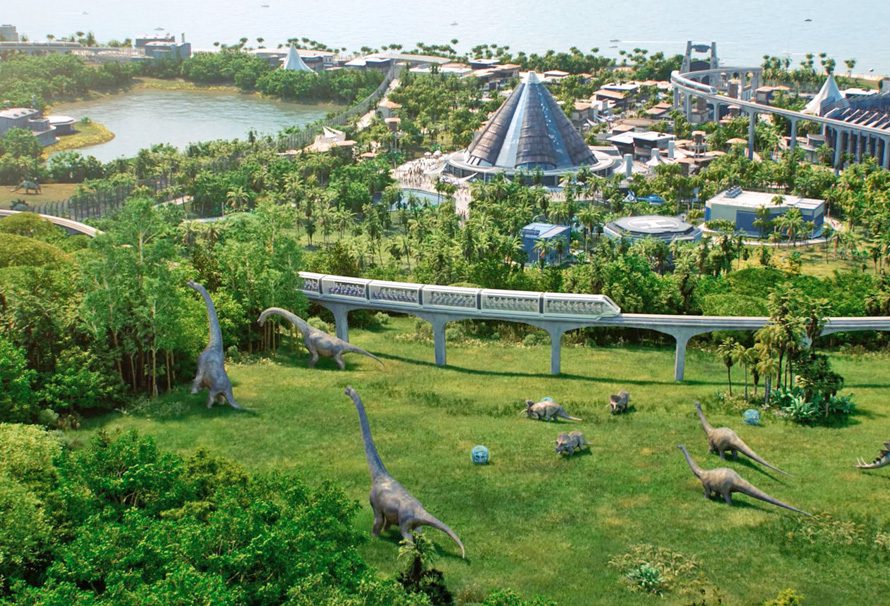 It’s even more specific than that, 2018 is going to be the year of Dinosaur Park Sims. Already on the horizon we’ve got Jurassic World Evolution, Prehistoric Kingdom, Mesozoica, and Parkasaurus. That’s just what’s been announced so far, there’s 12 months of hot dino action reveals yet to come.

So why’s this happening now? Why is this Year of the Dino Park?

Well obviously, the big thing is that Jurassic Park is back. Sorry, I mean Jurassic World. The first in the new Jurassics hit in 2015 and we’ve got another one that’ll come out this year. In addition to this, we’re also seeing the rise of the monster movie again, with Pacific Rim, Godzilla, Kong, and more all coming to cinemas.

So we’ve got monsters becoming big again and obviously, the OG monster is the Dinosaur. Why make something up when genuinely there really were big monster dudes wandering the Earth? Sometimes the original really is best.

That’s the dinosaur part of the mix accounted for, what about the park sims? Well you see there’s a little game called Planet Coaster made by Frontier Developments, and it’s been smashing away reinvigorating the park sim game genre for a while now. Frontier are old school, they made Elite (which yes, I am old enough to remember and own), and they made a whole load of Rollercoaster Tycoons.

They’ve taken that knowledge and pumped it into their own Planet Coaster theme park simulator, and made a surprise hit. It’s no wonder that heads are beginning to turn, and wonder ‘is now the right time for the park sim to come back?’

With dinosaurs and monsters being popular on one hand, and park sims seemingly doing well on the other, it’s time to mush those two hands together in a big mess of Dino Park joy and get some damn dino games out.

There’s only one potential problem with Dino Park games, and it’s one I’m sure they’ll fix but. It’s a concern.

It’s that, well, management games are about managing. They’re about constructing a place and having it run smoothly.

The best part of dinosaurs isn’t them hanging about meekly in cages or fenced off areas, it’s when they get out and munch down on Samuel L. Jackson or bite that lawyer who was on the toilet.

So if your Dino Park game works like a normal management game, if you’re good at it you’ll be rewarded with…a smoothly running park and no bitten in half humans. If you’re bad at it you’ll get outbreaks and murder, and frankly that’s why anyone watches Jurassic Park. No-one would have watched the film if it was just ‘some paleontologists go for a nice holiday’.

How are these games going to balance the twin desires, to have a successful and well running park, and to watch a load of dinosaurs rampage across what you have built?

It’s a tricky wire to walk, and one that they’ll have to cross if 2018 is TRULY going to be the Year of Dino Park.

Until then, watch this space for more news on Dino Park games!