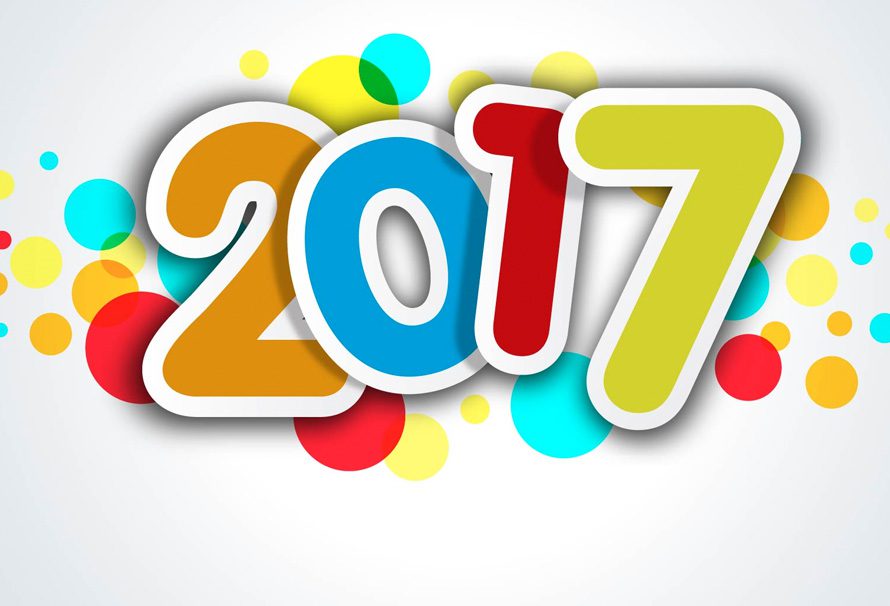 2017 is over and we can look back on the highs, the lows, and most importantly; the videogames we played.

It’s been a good year for games, with some of the best games of recent years all coming out in these short twelve months.

But what were our favourites? I asked the social and customer support teams about their year and what they loved, and here’s what they have to say about 2017, the year of GAMES!

That’s Torment: Tides of Numenera. That’s why it matters, that’s why it’s my game of 2017.

There’s few things more beautiful than Tokyo 42, imagine a mad LEGO builder ran amok in the world of Blade Runner, but only had the sunny colours left over, and you’re on your way to imagining what Tokyo 42 looks like. As a hitman in this tiny isometric world, you have to clear your name by shooting a whole heck load of people. Fun, endlessly beautiful to look at, it’s well worth a peek if you haven’t yet.

Or ‘What if Proteus and STALKER had a robot baby’, this game features you, controlling a robot, as you gain territory, investigate mysteries, recruit robot followers, and take bases to work out what the hell the eponymous Signal is. It’s got a huge amount of weapons from laser shotguns to sniper rifles to just the ‘gun that makes robots do what you say’, and it’s a big open world filled with factions and interconnected events that happen without your interference.

But it’s not just that, it’s not just shooting and territory-holding. There’s moments of wandering across beautiful scenery and looking up and seeing a fluttering of birds flap across the sky. It’s a beautiful world, and a great place to do some shootin’ in.

What Remains of Edith Finch

I can’t say much about this game because anything I say will probably ruin it, but it’s a game about loss, about family, about learning the truth behind the stories we tell ourselves about our own family histories. It’s about truth, it’s about the lies we tell to smooth over cracks, it’s about all that and much more.

It’s amazing, and it just needs to be played. Now. Stop reading this and go play it.

You start this game and you run around, shooting arrows and stabbing things with a spear and crafting herbs into items and you think ‘oh I get it, it’s open world game number 2,310’. Then you keep playing it, and the story unfolds, and you start taming the mechanical dinosaurs and learning what they are, and traversing this incredible and wild world, and you’re hooked. I wouldn’t say this game is as good as The Witcher 3 but it gave me that same open-world fix, except in this game you’re playing an even cooler character, and numerous weapons and gadgets that you’ll have never used in a game before that makes you think on how to hunt those massive beasts.

I’ve been a fan of Total War since Shogun, and each iteration will be played for 5 hours or 500. Total War: Warhammer was more the latter, and so I had high hopes for 2. After playing a couple of battles at EGX and using the Skaven ‘DoomWheel’ and ‘Ogre Rat’ I knew they’d leaned more into the bonkers Warhammer lore then ever. Ditching the kind-of lame dwarves, men, undead and orcs for High Elves, Dark Elves, Ratmen and Lizardmen (and now Tomb Kings), Warhammer 2 feels fresh and adds a whole bunch of ways to play through your long campaign, not just ‘Secure 120 provinces’. Special tasks and missions that directly push your main quest forward gives you a reason to do more you wouldn’t normally do, and helps you get into the mindset of the race you’re playing. Brilliant, strategic and bonkers.

This game was easily one of the most underrated games to come out in 2017. It has all the facets of a triple AAA game but without the price tag. The story was absolutely enthralling. You play as a Nordic woman, Senua, who suffers from Schizophrenia. You delve into the depths of her mind and follow her into the depths of hell to bring back her lost love. The artwork is top-notch, the voice acting and even the simple-yet-elegant combat system was done amazingly well for a small dev team. This game is positively mind-blowing and I think everyone should give it a try!

Boasting a gripping theme song and dropping back down to its intense survival horror roots, it’s hard to dismiss Resident Evil 7 as a 2017 wonder.
Changing the formula once again the team behind this Resident Evil game have captured what I love about horror games brilliantly, by switching to a first-person perspective and even offering VR support, it’s a fright to behold and definitely kept me on my toes whilst trying desperately to stealthily make my way around the mansion, avoiding detection and the madness that is the Baker family.
It takes my spot for one of the best games 2017 had to offer for refreshing the genre once again for all to experience.

As a huge fan of the Saints Row Series, I was beyond excited to get my hands on Agents of Mayhem, and despite some of the negativity thrown towards it, it really lived up to my expectations. Its ridiculous humour, an insane amount of customisable team options and a stupidly fun story mode made for a throughly enjoyable experience.

As MMOs go, GW2 never really grabbed me. The 2nd expansion however, had me absolutely hooked. The introduction of mounts added so much more than I would have expected, the new zones were stunning and the main story had me clawing for more. I’ve officially spent more time in game since the expansion than ever before!

This title is an amazing entry to the underrepresented social deduction and deceit genre of games, you will be designated a class across one of three factions: Blue Dragon, Neutral or Cult/Unseen all with varying win conditions. To win for yourself (and the faction depending on your role) you will need to use your in game abilities to stab, spy or support your fellow factions members to the top, but the abilities alone will only take you so far you must also use your wits and cunning to obtain information as to who is your ally and who may be your enemy.

The game is broken down to days both with a day / night cycle the day is predominantly used for accusing players / discussing and whispering leads on other players but some of the more treacherous classes can silence or even poison, the Night is where the real fun begins with abilities ranging from healing an ally, occupying a target or even stealing another players body.

At current the developers at Imperium 42 are constantly making balance changes to ever role to ensure that every role is both useful and fun.

Nothing brings friends closer or tears them apart quicker than trying to win some chicken dinner. PUBG filled that gaping hole in my life that H1Z1 failed to.

An addictive blend of tower defence, Age of Empires & colony management. Nothing like watching hours of work ruined by one sneaky Zombie.

That’s what we got! The top games we, from the social and customer support teams, have to say about 2017. What was your favourite game from 2017?