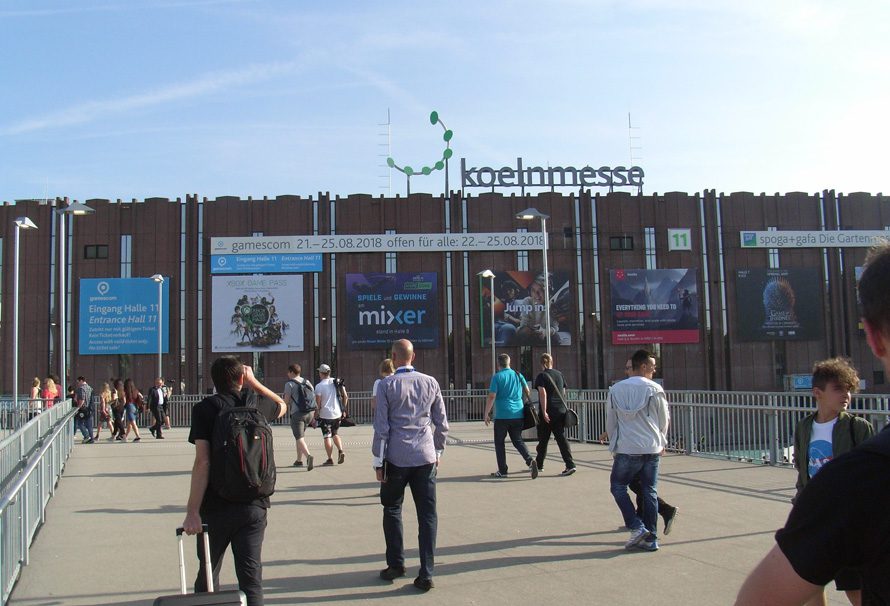 Gamescom is over for another year and there’s been a load of games news, game videos, and more come out of Cologne for us all to obsess over and pick apart for every tiny detail.

But we’re not just about the big games here at Green Man Gaming, so let’s take a look at six games that were shown off at Gamescom that you might’ve missed.

Set in rural Germany in the late 1969s, Trüberbrook is a point and click adventure game with an absolutely stunning art style. Instead of relying on CG backgrounds, the game itself is set in a 3D printed world and then scanned into the game. This means that there’s a physicality to the locations that just isn’t there in other point and clicks.

The story itself goes from extremely small stakes to the largest possible, a young American PHD student called Tannhauser takes a break in Trüberbrook, a small resort town in Germany. He starts off just looking to recharge his batteries, and ends up in a scifi story that threatens the fate of the world itself.

Broken Lines is a squad based tactical combat game, but that’s not all it is. It’s simultaneous for a start, meaning when you choose your actions and activations your opponents will do the same. In addition, it promises a rogue-like structure with resource management, story events where you choose what happens, and real-time-with-pause tactical combat.

Set during a war that isn’t quite World War II, your squad is dropped in an unfamiliar situation with enemies hunting them down and a mysterious fog threatening to engulf them at all times.  You have to juggle your squad’s different personalities and try to get them to work together as a team to survive this hellscape they’ve found themselves in.

Deliver us the Moon: Fortuna

Deliver us the Moon: Fortuna is a narrative exploration game set in the near future, where the Earth has run out of resources and you’re tasked with reaching the moon and finding the new source of energy that’s been located there.

Filled with puzzles, narrative beats, hazards, and more, Deliver us the Moon: Fortuna will take you to the edge of space and beyond as you search for the truth behind the hidden agendas that have seen you up there. Armed only with your wits and a small robot called ASE, you’ll have to explore the surface of the moon, abandoned facilities, and gather clues about just what the hell is going on.

If you’ve ever watched a John Woo film like Hard Boiled then this’ll be a game you want to keep an eye on. A top-down shooter inspired by the best of Hong Kong action cinema, you’ll be taking part in firefights across Hong Kong.

Featuring slow-motion, dodge mechanics, and explosive gunplay, Hong Kong Massacre is a love letter to the kind of action film you just don’t see that much of anymore.

A cross between a puzzle game and a narrative adventure, this surreal game is set on a series of islands where you must guide Arina and Frendt out of the timelocked realm they’re stuck in.

Featuring time-based puzzles and powers, you’ll not only solve your way out but you’ll discover the truth behind their friendship, examine their memories, and learn more about each other on your journey through these islands.

More tactics! Iron Danger is a tactical RPG set in a fantasy world with a twist, steam-powered cyborgs and huge powers. Turn based with simultaneous turns and time-manipulation powers and a deep satisfying combat system, Iron Danger aims to be a new take on the tactical combat genre.

Kipuna, a village girl, becomes infused with a power that grants her control over both time and death. Kijuna and two companions head out as you’re drawn into the war between the city of Kalevala and the armies of the Northlanders.