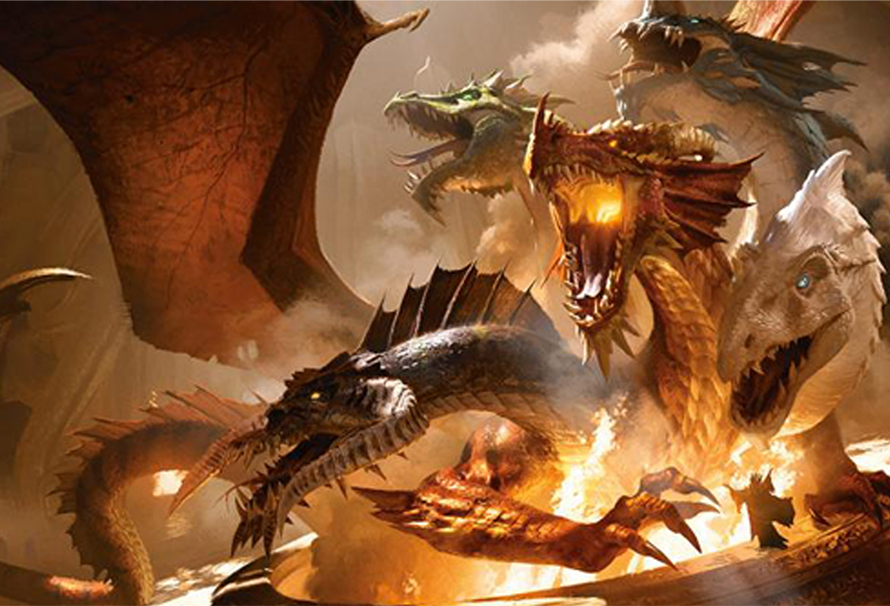 Dungeons and Dragons has been going for years and years, and so has the need for newer and more deadlier monsters. But, despite players memorising monster stats and no longer feeling that awe or disgust at the sight of the latest Gygaxian monstrosity, there are staples of the setting that have never gotten old. In fact they’ve been improved, built upon and entire lore written about in books like Volo’s Guide to Monsters. The world of monsters has never been more interesting.

Given that, here’s the 7 best monsters according to me, and why you should throw them at your players.

Ohh the goblins, or Gerblins if you prefer. These guys have been a staple of the player character level 1-4 zones for decades. More powerful and organised than Kobolds, and with more variation in their ranks, no player gets sick of gerblins. And if they do, stick in a goblin shaman, a few armoured Hobgoblins and even a Bugbear to lead them, i.e. knock their heads together.

Gerblins love to hide in caves, abandoned temples, and launch raids against civilisation and their peoples travelling along roads, making them perfect for a first enemy. They can shoot shortbows and carry shields, scimitars or spears. This gives them melee 1d8 damage, optional ranged attacks of 1d8 damage, and an AC of 15. They’re no pushovers and may score some kills on an adventuring party, especially if they roll a critical hit, followed by you the DM apologising profusely.

Gnolls are just fascinating creatures. They come in warbands that ravage the land, so they can be introduced at any time during your campaign. They leave utter carnage behind them, and their victims are feasted upon by hyenas, before becoming so swollen that more Gnolls burst out of them. Each warband has a weird tick and shamanistic culture, which can add to the creepy, grim nature of these beasts. Drums, chattering teeth or just blood-curdling laughter spreads the fear of the Gnoll before you see them.

There are several types of Gnolls too. Starting at the lowly zombie gnolls, and going up to the more elite beserking types, they’ve also got magic casters and of course Giant Hyenas and other predatory creatures that follow in a warband’s wake. A Gnoll warband would be a great enemy to throw at a party around level 5 and above.

They may not be the most scary, threatening or awe-inspiring. They may not be what the players want to test their prowess against in a game called Dungeons and Dragons, but trust me, the swarm is deadly.

Using their pack instincts ability, these rats get advantage to hit when near another one. Start surrounding the party and you can get 6 rats getting re-rolls, with a good chance to hit and a decent amount of damage. A couple of bites could fell a weaker character like a wizard, so it’ll make the party panic and realise they have to protect their weaker members and positioning is actually a thing.

This guy is one of my favourites. Why? Look at him! It’s a bear with an owl’s head!

If you want to laugh, cringe and feel sick all at the same time, check out the original monsters manual with all the early ‘combine 2 or more animals/things together to create monsters’ monsters from the 70s and mind of Gary Gygax. Not as majestic or epic as the griffin or the sphinx, but Gary gave it a go. And the Owlbear I think stands with those ancient, emblematic creatures.

Mechanically it’s a fairly straightforward beast, with 2 attacks at 2d8 and 1d10 damage, and not really that much HP. But damn it’s cool, and coming across one in the forest or having one wander into the party’s camp because they didn’t set watch is a good way to teach players the dangers and strangeness of the wilderness. Imagine that scene in The Revenant except the bear has a beak. Nightmare fuel.

The Black Pudding belongs to the Ooze family. Sentient oozes are bizarre creatures that love to hide in awkward spots in nice dark dungeons, follow adventurers and then absorb them into their jelly-like bodies. Just wait for one of your players to try hitting it with a sword, and watch it split into two oozes! It slowly, relentlessly follows the party and some even do poison damage, or acid damage. If it doesn’t absorb your fighter’s sword on a roll of 5 or less, it’s slowly destroying your paladin’s shield until it’s useless. It even dissolves armour! Fighting an ooze is a ticking clock before the whole party is naked, and finally absorbed into the gelatinous flesh forever. It’s also a Roomba for dungeons!

Now we’re getting to the really deadly stuff. Beholders are floating balls with one massive eye and a even more massive maw of gnashing teeth. They also have 10 eye stalks that mean they literally have eyes in the back of their heads, but they can also fire 10 different magical rays at their foes. They can stun, freeze, paralyse, fear, and do damage all at once to varying members of the party as it sees fit. And you don’t have to nerf your own strategy like you would if you were playing stupider races, a Beholder will know who to shoot at and when – they’re immensely clever. Time to let loose like a magical fleshy disco ball of pain.

And of course, it wouldn’t be DnD without the second D. Most of the time, dragons are so powerful that they prove to be the most deadly social encounters the players will face, let alone combat encounters. Dragons come in 2 forms: metallic and chromatic. Metallic dragons like bronze, copper, silver, and gold are actually good guys who want to improve the world. The chromatic dragons like red, blue, green, are all nasty bastards who want to twist and destroy.

To give you an idea of what a dragon encounter is like, take the 5th edition starter adventure’s encounter with a Young Green Dragon. This is not even a fully grown dragon, and a party of 5 adventurers at level 4-5 would struggle to take it down. If you encounter it at an even lower level or with less party members, you’re dead. This young dragon won’t open fire though straightaway, green dragons love to manipulate and create slaves made up of lesser races, especially elves. If your players need to learn that they can’t take on every creature they meet, or that actually there are beings that can run rings around them socially, let them meet a dragon.