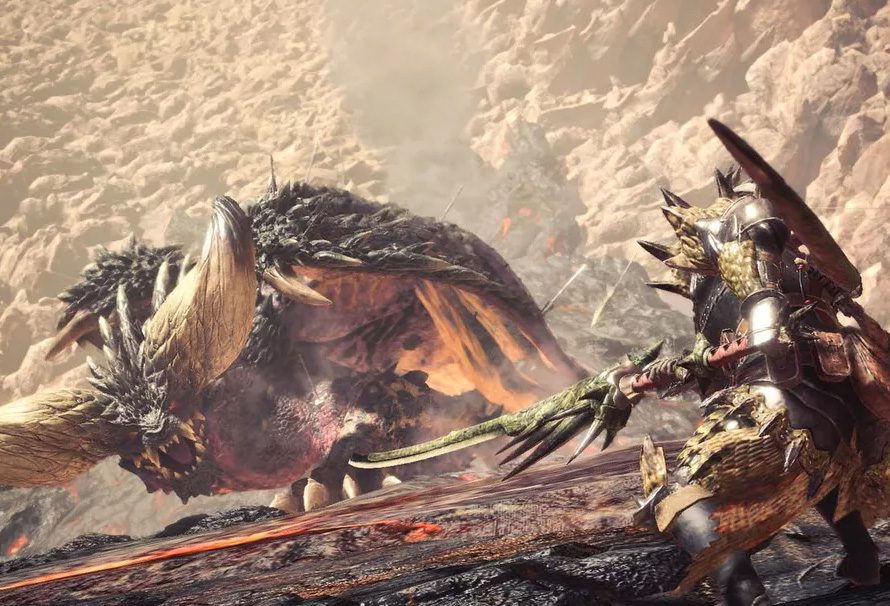 Monster Hunter World is coming to PC this week and we’re very much here to celebrate. It did amazing when released on consoles earlier in the year, garnering awards and critical praise from almost everywhere. It’s shaping up to be one of the biggest PC launches of the year and we’re excited to get our computer-y hands on it.

But what about once you’ve put several hundred hours into the hunting, skinning, and eating of Monster Hunter World’s fabulous creatures? What then?

Well we’re hoping for some Monster Hunter world DLC, and ideally we’d love to see some famous monsters poke their snouts into Monster Hunter’s world for a bit of the ol’ hunt, stalk, and kill. So here’s seven monsters we want to see in Monster Hunter World DLC.

Godzilla is probably the most famous monster on the planet, and for good reason. A fixture of film since 1954 we’ve seen Godzilla take on multiple forms and multiple foes. The King of the Monsters really needs to be taken down a peg or two and who better to do that than you, in Monster Hunter World? Admittedly Godzilla would be fairly easy to track, you don’t hide giant reptiles that easily, but once you found it the fight would be like Shadow of the Colossus meets a weekend in Florida. And that sounds pretty amazing.

King Kong is of course, the second most famous monster on the planet. Standing somewhere between ‘very tall for an ape’ and ‘holy shit’, King Kong is here to be misunderstood and then smash things up. The only issue with including King Kong in Monster Hunter World would be you might get lost in that fur and have a nap in the warmth. King Kong is a tragic figure too, so trying to face it with axe in hand might be a little monstrous in itself.

The Horrible Things From The Enigma of Amigara Fault

Are they monsters? Well, maybe not, but they’re certainly not human anymore. These terrifying crevice dwelling creatures are ready to emerge and make horrifying noises all up in your business, so why not put them down with blade and hammer? It’s not known how fast they move so they may be an easy prey for any Monster Hunter out there, but frankly who cares, just stop them. Please. I need to sleep.

The only monster on this list with the word ‘monster’ in its name, Frankenstein’s Monster is as tough as they come and as hard as…bolts. An eternal stumbling machine, Frankenstein’s Monster is another misunderstood mirror to humanity. Treat this monster poorly at your peril, as once you’ve pissed them off they’re coming for you, and those grabby hands and shambling walk cannot be stopped. Apart from maybe by a Monster Hunter? We can only hope.

Who doesn’t love dragons? Next.

We haven’t seen much of Nessie, the Loch Ness Monster in recent years. After the Family Ness aired on UK TV we seemed to lose interest as a culture in tales of the giant underwater creature which roams the deep loch. Let’s reverse that trend, and have a special underwater encounter in Monster Hunter World where you finally find out whether or not Nessie is real. Then kill it, in the name of having a better hat.

There’s nothing scarier than a ghost, and in particular there’s nothing scarier than this ghost. Hunting you through endless repeating hallways in the Playable Teaser for the now-cancelled Silent Hills, it’s a shame that her terror is confined to that one small slice of game. Let’s get her out of that house and into the world, Monster Hunter World! OK maybe hunting a ghost might be a little tough, and those of nervous disposition may want to give her a wide berth, but imagine having your own ghost set of armour. Totally worth it.

Monster Hunter World is launching onto PC on the 9th of August, and is available for purchase here.