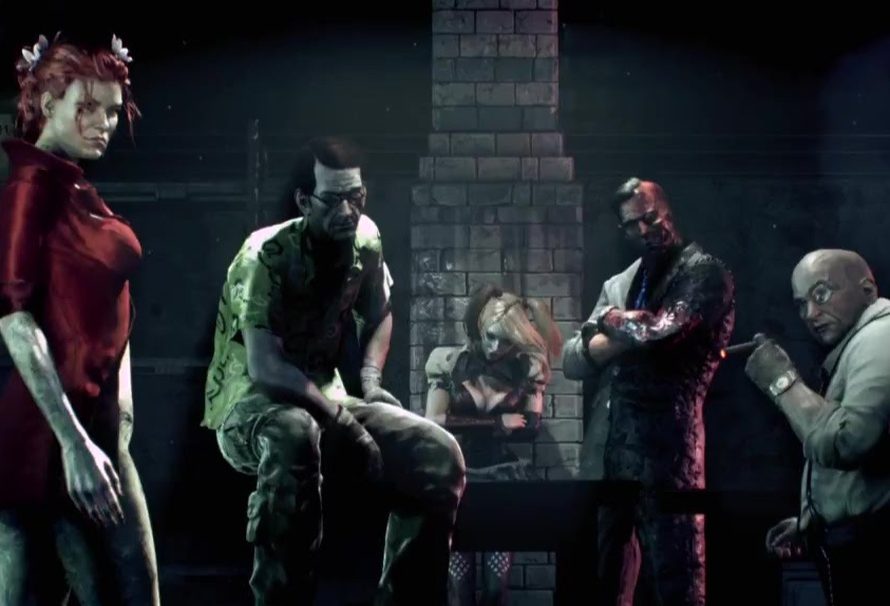 The Batman: Arkham-verse is a special series that has helped bring the beloved 80-year old detective to video games in a way none of us could have imagined. Both Rocksteady and WB Montreal have done stupendous jobs in creating a universe where the Dark Knight and his extensive line up of enemies can go head-to-head in dramatic, epic encounters that are on the scale of cinematic blockbusters.

Many names from Batman’s rogues gallery have been served their comeuppance over the four titles, however there are a number of formidable foes that have yet to get their moment under the spotlight. Alongside, this, there are several others that have either been teased upon or not simply done justice to.

With WB Montreal seemingly readying an imminent announcement of a new Batman game, most likely taking place as a sequel to 2013’s Arkham: Origins, we thought it was time to discuss what villains deserve to take on the Caped Crusader in his next entry. Let’s begin.

Let’s start with one of the most recognisable faces in comics. Harvey Dent and Bruce Wayne’s relationship is one that ultimately ends in crushing disaster, with later adaptions focusing on a strong friendship between the pair, one that makes Dent’s downfall even more excruciating. This is regrettably never really touched upon in the Arkham-verse.

During Arkham City, Two-Face is more concerned with Catwoman than Batman and in Arkham Knight the schizophrenic screwball is nothing more than a common bank robber. If questioning whether this can be done in the media, look no further than the Telltale Games’ interpretation.

The Courts of Owls

All but confirmed via a number of mysterious messages posted on social media and buildings, the Court of Owls are a smart choice to lean into next. There’s a lot of intrigue and cryptic nature to their actions that could play out extremely well as the overarching element over the course of a game, something that simply couldn’t be put on the side lines.

The society itself is actually relatively new in the grand scheme of Batman villains. Established in 2011 by Scott Snyder and Greg Capullo as part of the rebooted New 52 comic run, the Court of Owls originally kidnapped child performers from the circus before training them into assassins known as Talons. Plenty to derive from.

Set to make his cinematic debut in James Gunn’s The Suicide Squad in 2021, King Shark has been around for over 25 years, recently seeing increased exposure and attention via The Flash and animated Harley Quin TV shows. Technically, King Shark has made his debut in the Arkham-verse, appearing as part of the direct-to-video superhero film, Batman: Assault on Arkham.

The flick does take place within the same universe and King Shark does end up suffering a bloody death but the writers could pull from the Arkham Knight comic that introduced his son, Kid Shark. We’ve had Killer Croc, so this does seem the next best thing. After all, wouldn’t it just be cool to fight an anthropomorphic great white shark?

Gotham’s most notorious crime boss has surprisingly yet to rear his head in the main Arkham games – outside of a role in the quickly shutdown Batman: Arkham Underworld on mobile. Something quite shocking considering how big of a figure he is, already showing up in everything from Gotham to the animated series to the Dark Knight Trilogy.

Alberto Falcone, son of Carmine, is kidnapped in Arkham: Origins giving us some backstory to the Falcone family but nothing substantial. It’s suggested that as Arkham is now ruled by supervillains, the family left the area for good. Still, an interesting tale could surround the likes of organised crime taking the streets back from the more eccentric personalities.

More than anyone else on this list, it would be fascinating to see how the developers would transition Black Spider into the world of Arkham. Known for his substantial number of gadgets, the assassin originally suffered from a heroin addiction, giving the story scope to explore new territory. Later adaptions – specifically DC Rebirth – granted Black Spider cybernetic claws, something that could up the ante for a boss battle.

Realistically, this is closest we’ll ever get to Spider-Man taking on the Bat too. Similar to King Shark, Black Spider does appear in Assault on Arkham and does face an untimely demise but that’s what script writers are paid for.

Following the rejuvenated mainstream appeal off the back of his appearance in Birds of Prey, Roman Sionis aka Black Mask is a hugely popular antagonist of the Bat. Having only been used as a cameo at the beginning of Arkham City (where he basically squirms in a corner as he’s beaten by a security guard) and the Red Hood Story Pack as part of the Arkham Knight DLC (which lasts less than 30 minutes), it’s time for Black Mask to take centre stage.

Cruelly teased as the main villain in all the marketing for Arkham: Origins, Black Mask is quickly revealed to be the Joker early on, dashing any fans hopes of a full-story with the merciless crime lord. Here’s hoping that Sionis can find redemption going forward, pulling the strings behind the scenes instead of being a puppet being stringed along.

The idea of Hush has never really been capitalised upon to its full potential, with the biggest misuse being that Tommy Elliott and Bruce Wayne’s relationship goes all the way back to their childhood but is barely spoken about. So much so, that the character has a lot of crossover with other familiar foes, such as Scarecrow and Peyton Riley, with the latter of which turning romantic.

There’s a lot to draw from and sadly a lot wasted from the promising ‘Identify Thief’ storyline in Arkham City. Exploring a chain of seemingly unrelated murders, Batman discovers Hush has taken the flesh from his victims to mould his face into Bruce Wayne before fleeing. A great setup, which results in a five-minute cutscene in Arkham Knight failed to live up to what could have been one of the best side stories in games.

The Ventriloquist and Scarface

Speaking of puppets, the Ventriloquist is another fantastic baddie that has seen even less screen time. In fact, the character is only hinted at throughout the quadrilogy, with both Arnold Wesker and Peyton Riley’s interpretations receiving small nods.

Scarface, the dummy in which the Ventriloquist acts his/her crimes through, appears during the finale of Arkham Asylum, in which Joker taunts the Bat with the wooden doll. A neat cameo, although we never get the real psycho killer. We never get to explore the multiple personality disorder that plagues the persona and makes the character so fascinating. There’s so much to play with here that’s ripe for the taking.

Now hear me out. Half of the Arkham games take place on holiday dates i.e. Christmas Eve and Halloween. Calendar Man thrives off this and is a big proponent for the critically admired “The Long Halloween” storyline, which many (including myself) would love to see adapted in some way. As Matt Reeve’s take on The Dark Knight is expected to hit theatres next year and is reportedly set to take heavy inspiration from the comic, this could be another great way to bring Calendar Man to the masses, while tying in nicely. Furthermore, it would be great to see the date obsessed killer in a bigger role outside of the mundane trophy task he is presented as in Arkham City.

So who’s your favourite Batman Villain? Comment below and head over to the Green Man Gaming Community site to join the conversation.