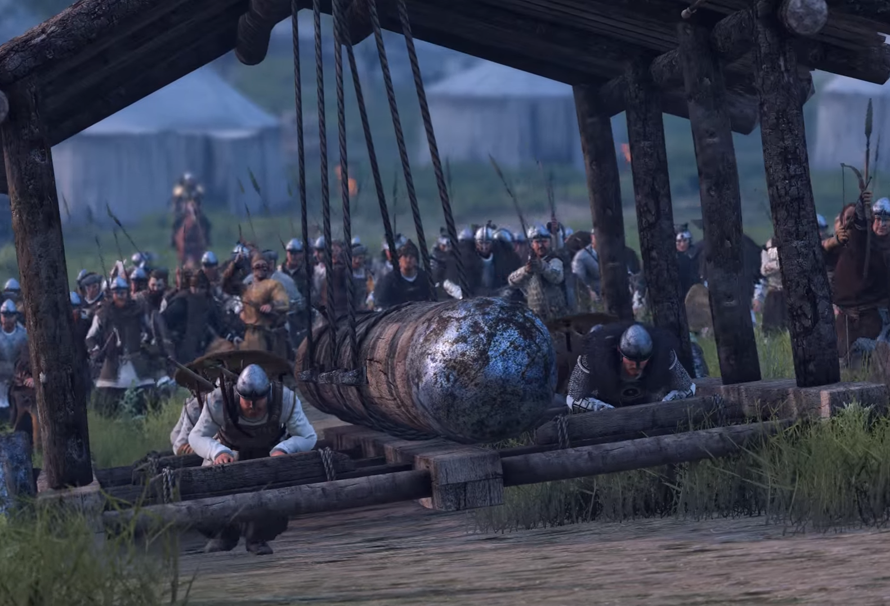 At long last Mount and Blade II: Bannerlord is here and to the surprise of precisely nobody, it’s actually really rather good. More than that though it is, quite obviously, a Mount and Blade game which means that there is an absolute mountain of stuff to do thanks to its sprawling action RPG and single-player sandbox beats.

So in order to make your first and subsequent incursions into the realm of Calradia suitably pleasant and not at all rammed with complete and utter failure, here are a few tips to get you started.

Look, there’s no getting around it, if you play Mount and Blade II: Bannerlord on any other difficulty level than the easiest, things get rough. Luckily, you can make things a touch easier for yourself by starting the game on very easy difficulty which gives you something resembling a fighting chance, while the freedom also exists to change the level of difficulty at any time as soon as you get comfortable.

Where things get quite interesting though, is that these difficulty settings aren’t broad presets, but can be applied to more granular elements of the game such as damage, movement speed and much more to allow a more bespoke tailoring of the challenge.

Try not to feel too bad though – there are only three main difficulty settings in Bannerlord and of them, very easy is technically ‘true easy’, while ‘easy’ is the equivalent of ‘normal’ and ‘realistic’ is reserved pretty much for nihilists who love an extremely steep challenge. Indeed, on realistic difficulty you’ll frequently die frequently in one or two hits and run into all sorts of bad fortune, which I suppose you could say is par for the course for a game looking to accurately represent the medieval conflicts of old. Regardless, start the game in very easy mode – your sanity will thank you for it.

2. Don’t Do It – Don’t Skip That Combat Tutorial

Combat in the Mount and Blade games has always placed something of a premium on old fashioned reflexes, timing and battlefield strategy. Mount and Blade II: Bannerlord is no different and especially if you’re new to it all, the rather no-frills tutorial should still be your first port of call in order to make you battle-ready for the near infinite amount of conflicts that lay ahead.

3. Make Sure You Have Plenty Of Active Save Slots

Fortune in Mount and Blade II: Bannerlord can very often take a turn for the worse when you least expect it and unlike many other games, the autosave mechanism that Bannerlord employs is absolutely vicious, in so far as it autosaves a whole lot, making it rather troublesome to revert to an earlier state of glory. Thus, the easiest way around this is to simply just have multiple save slots to ensure that if/when things do go south, you can start from a much better footing.

4. Get Yourself Some Mates – Quick

Mates, or ‘companions’ as they’re referred to in Mount and Blade II: Bannerlord are pretty much an essential part of any army and a great first step to assembling your first group of like-minded, warmongering folks. Best thought of as hero class type characters, the numerous companions that you’ll run into within the game not only boast useful abilities such as healing and so forth, but also pack far more of a punch than any regular unit in the game too. As such, you’ll want to max out the number of companions you can have early on in order to set you up nicely for the rest of the game.

In Mount and Blade II: Bannerlord gold is simply there to facilitate the growth of your army in the short-term. As such, this means that in order to nab yourself some big early wins on the battlefield, you can do so simply by using the gold you have to stack up your numbers in a quantity versus quality style approach. Though this approach doesn’t really cut it later on in the game, in the beginning it really does and the great thing about having a massive army of low grade soldiers is that their upkeep is far less than that of more veteran and expensive units.

If there is one unit type above all else that you should prize it is the not-so-humble archer. Capable of wreaking absolute havoc on any opposing force, a tried and tested strategy is to have a smaller vanguard of capable melee combatants maintaining a front line against the enemy, while the bulk of their force ends up falling under a rain of arrows. Just make sure you don’t target enemy units who have engaged your melee soldiers since even back in the days of old, friendly fire was still very much a thing.

7. Build Workshops As Soon As You Can

A good way to get money quickly and with little risk in Mount and Blade II: Bannerlord is by building workshops. Much safer than caravans which can come under attack, though workshops might provide bursts of smaller funds in comparison to the aforementioned risky alternative, they represent a much more robust and secure investment on the assumption that you’ve built one in a kingdom that you don’t intend to hit the skids with.

8. Get The Main Quests Done

Though it might seem obvious, getting the main quests done in Mount and Blade II: Bannerlord is pretty much essential to supercharging your prospects. Though it’s obviously tempting to murder and rob gangs of bad dudes for hours on end, by completing the two starting main quests will make your clan much more powerful in the early going, so try to not get distracted.

9. Always Take A Shield With You

The thing that you’ll soon realise in Mount and Blade II: Bannerlord is that no matter how powerful you get, you can still get overwhelmed by a sheer number of seemingly lower skilled enemies (y’know, like real life). However, should you find yourself in a tight spot and need to buy some time for reinforcements to catch you up, a big honking shield will make all the difference, as it’ll allow you to absorb much of the incoming attack and hopefully provide the extra time you need to turn the tide.