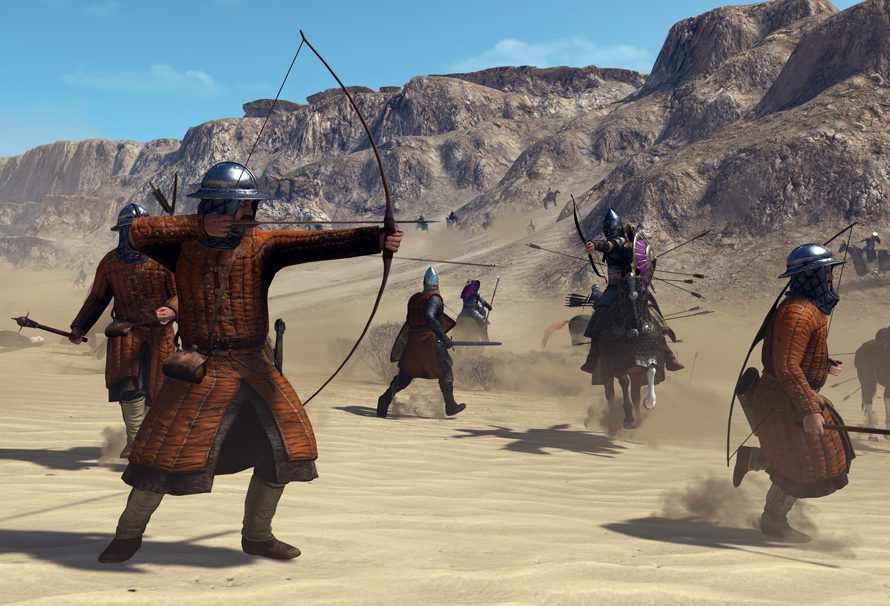 It’s finally happened, after years of waiting we can now get our hands on Mount and Blade 2: Bannerlord. The game has entered Early Access but is in a surprisingly polished state, letting you play a huge swathe of the game.

Compared to previous entries in the Mount and Blade series, the Mount and Blade 2: Bannerlord map is expanded. Calradia is now surrounded by other kingdoms and factions that mean you’ll be travelling more, seeing more, and battling against more varied foes as you carve out your own fiefdom.

So ready your blade, get astride your mount, and get ready to dive into all of Mount and Blade 2: Bannerlord’s map details and faction locations.

Occupying the entire West of the game’s map, the Kingdom of Vlandia is ruled by King Derthert  and with its back to the sea it offers a heavy defensive position. Inspired by the Normans, this feudal kingdom specialises in heavy cavalry and can easily tear down into the Calradian continent from their Western position. In terms of a faction bonus, Vlandians see their troops receive 20% more XP after a battle.

Sturgia is a harsh, unforgiven, snowy realm to the North of the Mount and Blade 2: Bannerlord map. Separated from Calradia by a sea, there are few land borders between Sturgia and its neighbours. Ruled by Prince Raganvad, they specialise in axe and sword warfare, fielding some of the deadliest foot troops around. For a faction bonus you’ll see their troops experience a 20% smaller speed penalty when moving in snow.

Oh Calradia, you have fallen. Since the events of Mount and Blade: Warband, the once great nation has splintered into three opposing factions. The northernmost of these is the obviously-named Northern Empire. Ruled by a senate led by Senator Lucon, the Northern Empire is surrounded by foes on all sides. Their faction bonus is a 20% speed boost for town projects, wall repairs, and siege engines with their troops specialising in mixed arms warfare.

The Southern Empire is ruled over by Empress Rhagaea, wife of the former Emperor of the unified Calradia who died without an heir, leading to the current conflict. Empress Rhagaea insists that her daughter, Ira, should be allowed to inherit the throne of Calradia, but in this male-centric world there are many who disagree. Their bonuses are the same as the Northern Empire’s and similarly they are beset on all sides by enemies.

The Western Empire is a militaristic land led by former war hero, Garios, who believes that it is the veterans who fought and died for the Calradian Empire who should decide who sits astride the throne. With the same bonuses as the Southern and Northern Empires, they are a formidable foe for anyone seeking to claim their territory.

With only a small land border giving ground troops access to the Sultanate of Aserai, this desert land is largely cut off from the Calradian continent. Ruled over by Sultan Unqid, this faction specialise in mixing together footmen and cavalry to deadly effect. They also specialise in trade, something reflected in their faction bonus giving them 30% cheaper Caravans which also suffer a 10% smaller penalty.

The Khuzait Khanate is formed of steppe tribes, famed for sweeping raids that appear and disappear at lightning speed. Covering the entire Eastern side of the Mount and Blade 2: Bannerlord map, this faction relies on swift movement and its ruler, Monchug, to protect its huge territory. Their troop specialism is in horse archers, and their faction bonus is to give mounted horsemen a 10% speed boost on the game map.

The Kingdom of Battania is a woodland nation surrounded by the Strugians, Vlandians, and Northern and Western Empires. Ruled over by King Caladog, this celtic-infused nation is famed for its archers and forest warfare. You’ll see this reflected in-game both in their archers out-performing other factions as well as their bonus giving their troops a 10% smaller speed penalty.

Now you should have an idea of the Mount and Blade 2: Bannerlord map with some details of the major factions you’ll be playing against, with, and as. Who will be your nation of choice, who will be your mortal enemies, and who will you woo as you chase power, glory, and victory? Head on over to the community forums and have your say today.

If your just getting into the game, check our Beginners guide to Mount & Blade 2: Bannerlord or find out more about the games various factions with our guide to all Mount and Blade Bannerlord Factions.