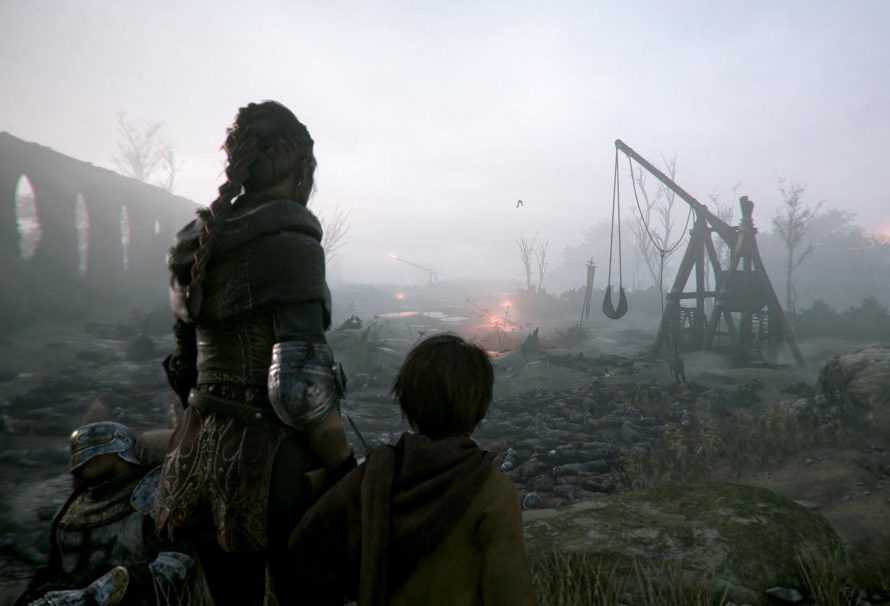 May has brought with it the release of A Plague Tale: Innocence, a dark puzzle and stealth adventure game driven by an intense story set in medieval France.

I think the best way to sum up this game would be an early sequence where, playing as the young protagonist Amicia, you are holding your frightened little brother’s hand while being chased through the streets of a city, by its residents. It is stressful, to say the least, and there is definitely a sense of intention behind this. It feels like the developers don’t want the player to feel powerful, or even very hopeful about overcoming whats to come.

*light Spoiler alert for the first ten minutes of gameplay*

Amicia lives on her family estate, she is close to her father but her mother seems to be less present, trying to find a cure for her brother little Hugo’s mysterious illness. The inquisition arrives, things start to go wrong for the family and before you know it Amicia and Hugo are on there own setting off on their quest.

Apart from escaping the inquisition, Amicia and Hugo have a nightmarish journey ahead. The plague has ravaged the countryside, with infected rats swarming everywhere, those that haven’t succumbed to sickness being driven mad with paranoia. Even entering a peaceful looking village asking for help turns its entire population into terrifying foes. Night time provides no safety either with the rats out looking for their next meal and guards always on the lookout. The world is designed to feel hostile to your presence at every turn.

Not for the faint of heart

Let me preface this with the fact that this game looks fantastic, visually it is beautifully crafted and a pleasure to look at. However, it is also rather violent, bringing intentional discomfort. Depending on your skill level you will end up seeing Amicia die a lot… like a lot a lot, and they certainly didn’t hide from this, made evident by the myriad of violent ways enemies can kill you.

Some of the violence in this game can make one uneasy, don’t worry it’s supposed to, and the characters reactions to death and being forced to kill others brings a question about how death is treated in video games. We deal with death regularly in other games but it is often treated rather lightly, A Plague Tale: Innocence serves to remind us that every death affects us, whether we are a victim or the perpetrator. I wouldn’t, however, describe any of this as being over gratuitous and serves exceptionally well to further the games dark tone and grim narrative.

Although all this can feel intimidating and overwhelming at times, everything is in a state of balance. Nothing feels out of place or like it doesn’t belong in the game, I mean the game is set during the 1349 plague, it was a very dangerous time period historically and each element of this game portrays this rather effectively.

One of the main mechanical features in the game are the rat swarms found throughout the game like an ever-present omen waiting to ruin your day. They are also your greatest weapon. Steering from the light they can be kept at bay with a good lamp or torch and the same goes for those guards *hint* *hint*. Graphically the swarms are an impressive feat akin to the zombie generation in World War Z. Generating so many different moving objects on the screen can be hell for a GPU, but here it is smooth and highly effective.

Spanning 17 chapters with an estimated 10 – 12 hours play time, keeping up their take on a fantastic blend of stealth problem-solving with an intricate story steeped in mystery and darkness, this game really does take you on a journey. Perhaps not one your heart rate approves of, but one that will move you in ways you wouldn’t expect.

A Plague Tale: Innocence is available on PC on the GMG store. Also available on PS4 and Xbox One, check out the games official website for more details.