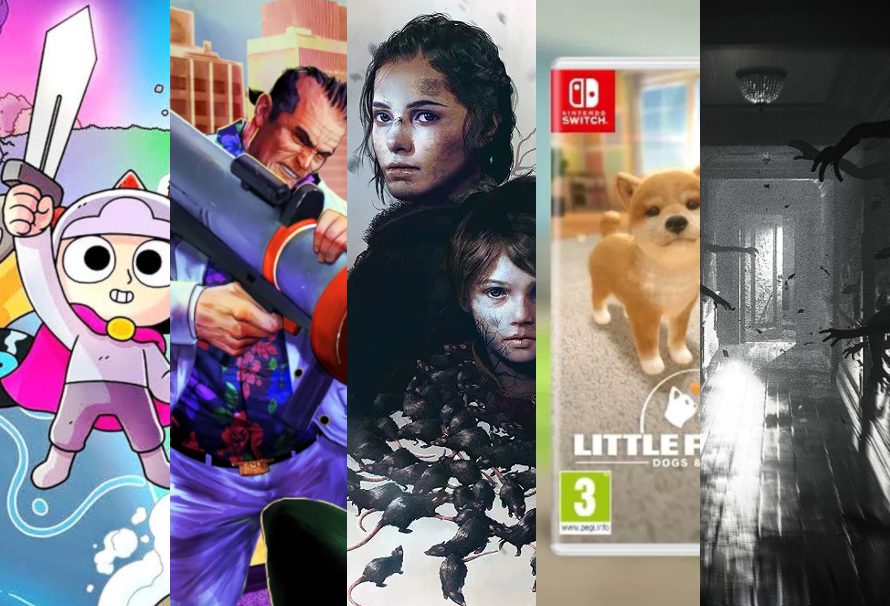 May is here, the sun has arrived (ish), and we are all one month closer to E3. In fact, E3 is literally next month bringing with it whole new swathes of games, weird trailers, and companies trying to be relatable. Well, we aren’t here for that noise, we are here for some of the peculiar little indie games coming out before all of that kicks off. So, here are some of the great indie games you can pick up this month.

Finally making its appearance on Switch is the Swords of Ditto: Mormo’s Curse. This is the upgraded version of the base game and sees you playing as characters who are destined to go down in history as legends. You have to try and find your way through the various dungeons and try and take out the evil Mormo whenever you feel ready. You can even do it with a friend. It is journeying to Switch on May 2nd.

Shakedown: Hawaii has you building up your own corporation in order to take over the island which you inhabit. This is very much a game that wants to make a statement about the rather shady practices that many businesses have in the real world. You can use the power of misleading ads and marketing spin in your conquest of the world around you. It’s coming to PC, PS4, Switch, and (checks notes) Vita on May 7th.

Set in the dark period of 1349 A Plague Tale: Innocence tells the story of Amicia, a 15-year-old girl who has to protect her young brother in the face of horrific odds. You must outsmart the Inquisition that hunts you while avoiding the swards of rats that riddle the world. Your only tools are your wits and a torch to hold back the swarm. Not one for those looking for a happy game as everything about the game is harrowing. It will be infecting PC, PS4, and Xbox One on May 14th. You can Pre-order A Plague Tale on the Green Man Gaming store here

Maybe this one was only chosen to balance out A Plague Tale, or maybe the world just needs more indie games with pet. Either way, Little Friends: Dogs and Cats has you adopting and playing with up to 3 little fluffs at once and it looks joyful. You can dress them up too and use a mix of motion controls and the touchscreen to interact with them and play games. It will be bounding onto Switch on May 28th.

If you’ve ever wanted to play a day in the life of a Hollywood actor, then it seems your prayers are about to be answered. Though, it is in a very monkey’s paw kind of way. Playing out on an ocean liner you have to survive the scars of your past and the effects it has on the world around you. It turns out that the world is a messed up place no matter your station in life, and if the first one is anything to go by, this will be a deeply intriguing game. Layers of Fear 2 is creeping onto PC, PS4, and Xbox One May 28th.