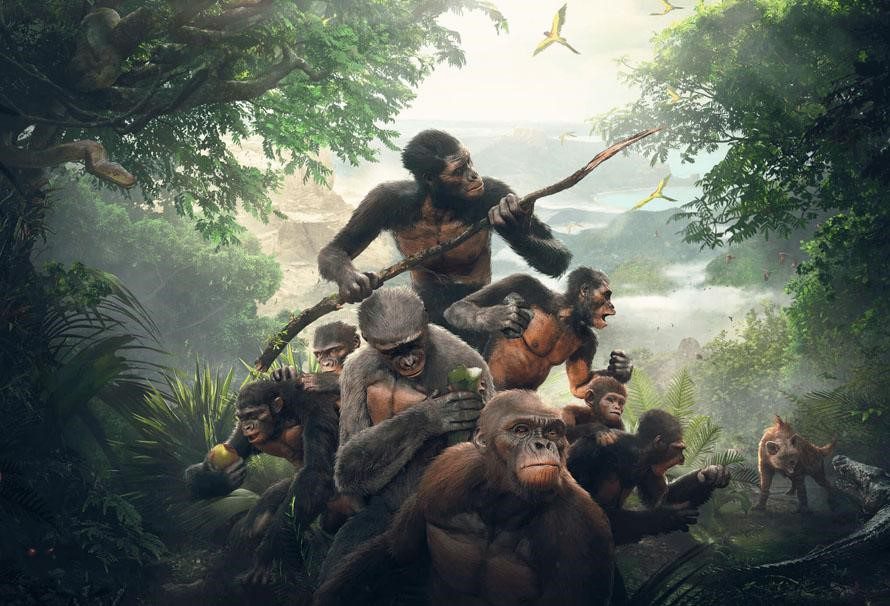 Ancestors: The Humankind Odyssey tells the tale of our beginnings as a species. Set in the distant past, before any recorded history, you’ll take on the mantle of our forebears as you struggle to survive on this harsh planet.

Will you be ready to take on the challenge of survival, or will your fledgling species fall to the inexorable march of time? The first step towards survival is knowledge, and we’ve got all the info you need to make sure you’re ready.

Developed by Panache Digital Games and published by Private Division, Ancestors: The Humankind Odyssey will be the first game from Assassin’s Creed creator Patrice Désilets since Assassin’s Creed: Brotherhood.

Initially announced at Develop Reboot in Dubrovnik in 2015, the game has seen several changes. Originally an episodic title, the game will now be a single release after support from the newly founded publishing team at Private Division. Ancestors: The Humankind Odyssey is set for an August 27th 2019 release on PC, with Xbox One and PlayStation 4 releases coming later in the year.

Ancestors: The Humankind Odyssey is a third person survival game set in a tumultuous period of time over ten million years ago. Taking control of a proto-ape, it’s up to the player to Explore the world, Expand the ape clan’s influence, and Evolve over time into the homo-sapiens we know and love today. It is these three Es that set out the players’ path through Ancestors: The Humankind Odyssey.

Set in prehistoric Africa, the player will explore the land for opportunities, threats, and to fuel survival itself. A beautiful world awaits, but one that’s beset by dangers. You don’t have to go alone though, your clan is key to survival. Expand their influence and their territory by controlling different apes and forming bonds. Make your own little empire of the past, right there at the dawn of time.

The game itself is set over a period of eight million years, seeing your apes evolve from proto-hominids to something more recognisable as human. Decisions you make whilst playing will determine the path of that evolution, and the traits your descendants will carry with them. Ancestors: The Humankind Odyssey is shaping up to be an expansive adventure across time and prehistory. Will you take the first steps on the road to civilisation, or will you falter before humanity has even ventured out of the trees? The only way to know is to grab a copy of Ancestors: The Humankind Odyssey from Green Man Gaming.

Trailers showing off the game’s approach to exploring and expanding have been released over the last year, with game footage and the developers talking about the key facets of the game. Here’s the Explore trailer:

With the Expanded trailer being released shortly after:

In addition, a more recent announcement trailer has been released, giving a more holistic view of the game:

To find out more you can visit the games official website or head over to the Green Man Gaming Store page.