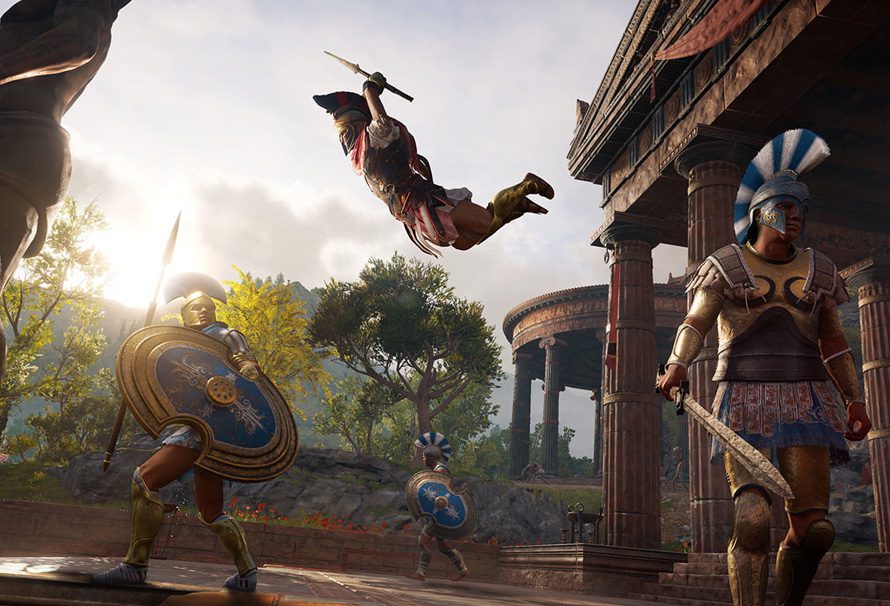 For over a decade, Assassin’s Creed has been taking players to historical locations realised with depth and accuracy rarely seen in the medium. After ancient Egypt got the Animus treatment in 2017, it’s ancient Greece’s turn with Assassin’s Creed Odyssey. But what can we expect from the setting, and how will it affect your journey? Let’s examine what we know so far.

Historically, the game begins in 431 BCE, which puts it four hundred years before the events of Assassin’s Creed Origins on the series timeline. Of course, time’s never an easy thing to discuss in this franchise because there’s a present-day narrative running parallel with the exploits of your historical avatars. Layla Hassan, the modern day protagonist from Origins, returns in her role for this game too, so expect a direct continuation of that plot thread despite the 400-year discrepancy in historical settings.

There’s a civil war afoot back in Ancient Greece, albeit the fictional Peloponnesian war in which Athens and Sparta are vying for overall control of the archipelago. As mercenary Alexios/Kassandra, you’re caught in the middle and quickly forced to choose a side. Your actions have a tangible bearing on the conflict, and the political borders, so choose wisely. Within the game narrative, this is a secret war, the details of which have been kept from broader society for hundreds of years – expect this to be a major point at which historical and present-day narratives intertwine.

In-keeping with series tradition, an enormous world map plays venue to the events of Odyssey. To give you some idea of the sheer scale, here’s a list of the regions:

Phew. That’s going to take some time to explore – hope you brought your comfy sandals. The world map covers an enormous 130km², making it 62% bigger than the already massive Origins map, which in itself lay largely unexplored even after the player completed the main questline – such was the scale of its optional exploration and diversions.

Up in Northern Greece, you’ll find olive groves, mountains, deciduous trees and sparsely populated settlements. The salt flats of Lokris and the fledgling settlement of Makedonia are waiting to be discovered by the player.

Meanwhile, Kefalonia brings the azure seas and cloudless skies, along with beautiful beaches and the peaks of Mount Ainos. Peloponnese and the Attica Peninsula provide a stark contrast to both these regions, each one densely populated and bearing the marks of deep-rooted urban civilization – statues, monuments, markets, roads and plenty of political intrigue.

For still more environmental variation, the forest islands and arid islands are as they sound – dense flora and fauna on one, where the locals exist on an economy based on wine production, and brutal volcanic rocks, lava veins and sulfur lakes on the other. The town of Messara, situated here, was once the capital of the Greek Islands, and still enjoys a reasonably large population for the area.