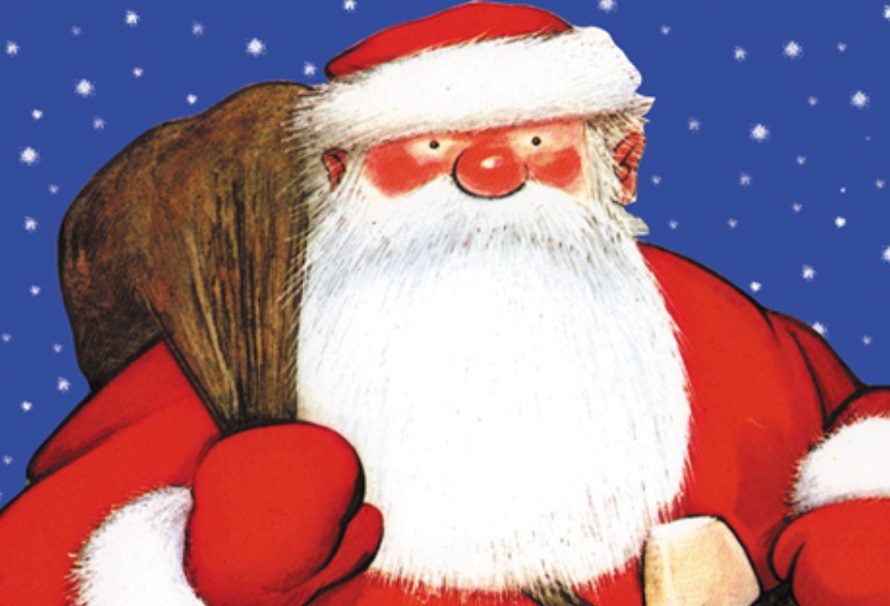 Christmas is coming, the goose is fat,  Scrooge is having nightmares, and Coca-Cola trucks are being seen on every street.

’tis the season to play videogames, and why not inject a hot festive feeling into your videogaming with these, the absolute best Christmas-themed games that exist.

More a reskin of the original Lemmings than a new Lemmings game, Christmas Lemmings was a game ported to pretty much everything in the early 90s. There’s nothing really ‘new’ in it other than the Christmas Trappings, but Lemmings is a brilliant game so who cares right? It’s still Lemmings. Lemmings + Christmas. Christmas Lemmings. Look I’ve run out of things to say already.

Oh but the Lemmings have little Christmas outfits, and frankly if that’s not enough for you to want to play this, then I don’t know what to say to you.

‘But Alex’ I hear you cry, ‘Skyrim is the snowier game’. Yes, you’re right, there’s much more snow in Skyrim. But the Bloodmoon expansion to Morrowind has plenty of weather, and more than that, it has Father Christmas!

A cheerful fellow who makes sweet sweet candy and likes nothing better than to give “candy to all the boys and girls” in Fort Frostmoth. The only small downside of this is that his candy might be a little addictive and poisonous. So it’s on you to go put an end to his fun-loving ways, by whatever means necessary.

What’s more Christmassy than peeling the Colovian Fur Helm off the corpse of a deluded poisonous drug dealer? Nothing!

World of Warcraft is quite un-Christmassy most of the year, but in December it ramps up the Crimbles with the Feast of Winter Veil.

Cities and towns the world over (and also maybe some other worlds linked to Azeroth) are given a Christmassy makeover, and the capitals of each faction get special Christmas-themed quests, like everyone’s favourite ‘oh no, I deleted my Graccu’s Mince Meat Fruitcake, GM!’.

Find Metzen, spread cheer, make some cookies, and on the special day itself you can even open some presents from underneath the giant Winter Veil Tree.

Elf Bowling is a series of games where you bowl at some elves.

That’s it really, but it’s quite Christmassy and there’s Christmas stuff and you’re Christmas elves and. Well. You get the idea.

Elf Bowling. Bowl at some elves. Can I stop writing yet.

Christmas is under attack, so the only logical thing to do is put a fish in a robot suit and send it into Father Christmas’s castle to jump on everything in sight.

Look the 90s were a different time OK?

Featuring no small amount of chocolate-based product placement, this Christmas fish adventure is a surprisingly robust platformer. Playing like a mad dream of a Super Mario game, you can jump on things, climb in vehicles, stretch your body to ridiculous lengths, and have a dance party with some penguins.

This game is also remarkable for the time esteemed astronomer Sir Patrick Moore, in his guise as GamesMaster, had to tell kids how to activate cheat codes for it.

Go back to all your favourite locations, like the red light district, or Hollywood, and blast aliens in them again but with a Christmas theme! Duke’s back baby, in this Winter wonderland expansion to Duke Nukem 3D. You also visit many Christmas locations, which of course Duke treats with respect, reverence, and kindness.

And also a foot, one-lines, and a shotgun to many faces.

Eventually the original Holiday Hare got incorporated into the main game as episode X, bringing the number of episodes in Jazz Jackrabbit up to ten.

That’s my list of best Christmas games, so you should have EVERYTHING YOU NEED to play something to get you in the mood for Crimble joy. Did I miss something? Hit me up in the comments!

Or you could just play Battlefront II or something, that’s got snow in it.