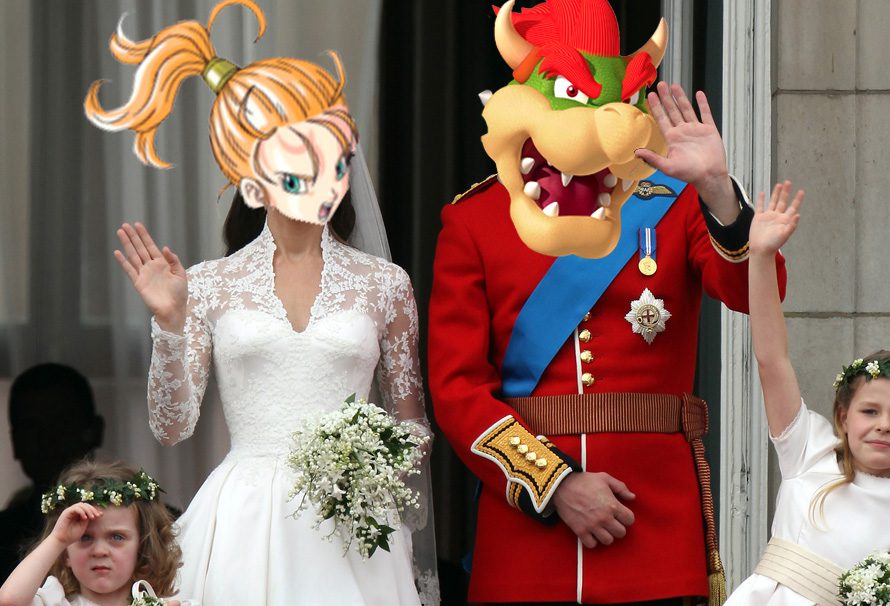 So the Ginger One from the Royal Family and the Actor One from Suits are getting married, it’s official, they’re doing it. And there’s various hot takes out there, from ‘how dare a commoner marry a prince’ to ‘kill all royals’.

Well we here at Green Man Gaming are instead here for the videogames.

So we wondered, who’s the best royal to marry in all videogamedom? The best queen, prince, king, princess, whatever! Here’s the BEST ROYALTY that videogames have to offer, and some reasons why you should pop the question to them immediately.

Cons: Spends a lot of time moping, seems to be the least fun out of all of his pals, can blink away so if he wants to ghost you he can.

Verdict: Marry if you’re liking emo boys, avoid if you’re looking for someone a bit more substantial. He’s not best boy, but he’s a boy that gets better.

Cons: Prone to kidnapping. Also his castles tend to be very lava filled, which is good if you’re wanting some warmth in you life.

Pros: Ladies man so you know he got them smooth moves, also very handy with DIY tools.

Cons: Might be too much of a ladies man – he has a bit of a wandering eye, and has some self esteem issues.

Verdict: He’s a lovely soft boy at heart, but it takes a long time to get to the real him. Marry him if you’ve got the time to devote to cracking his onion-like core.

Pros: Handy with a crossbow and ice magic, has a ‘can-do’ attitude.

Verdict: Marry only if you don’t mind time-spanning adventures, or the possibility of her being killed in the past by monsters and never having known her.

Pros: He fights for what is right, and has some BITCHING gold armour.

Cons: He can rush into things a bit hastily, and maybe doesn’t surround himself with the *best* advisors.

Verdict: Marry only if you want a short marriage, he might not be around forever. And then you’re stuck with…someone a bit grumpier.

Pros: Is ambitious, also quite wary and cognisant of threats, looks after his mum well.

Verdict: Marry if you want to be part of something new, something bold, something…potentially lethal. Look, marry at your own risk.

Pros: He used to be quite bullheaded but since then he’s cooled down a lot, has a lot of friends and an active social life, and has a cool-ass horse.

Verdict: Marry if the cold is your thing, and also if you don’t mind hordes of zombies covered in rotting flesh.

The Prince – Prince of Persia: Sands of Time

Cons: Kleptomaniac, also doesn’t believe in consequences for his actions as he can just nip back in time, also there’s a chance he’ll be Jake Gyllenhaal.

Verdict: Marry him if you can catch him, but he might just steal a kiss and then rewind time on you.

The Cast of Crusader Kings II

Verdict: Look life can be a bit boring, so why not marry a royal from Crusader Kings II. Even if life’s short, it’ll be interesting.

So there you go! The best royals that videogames have to offer, which one are YOU going to marry?