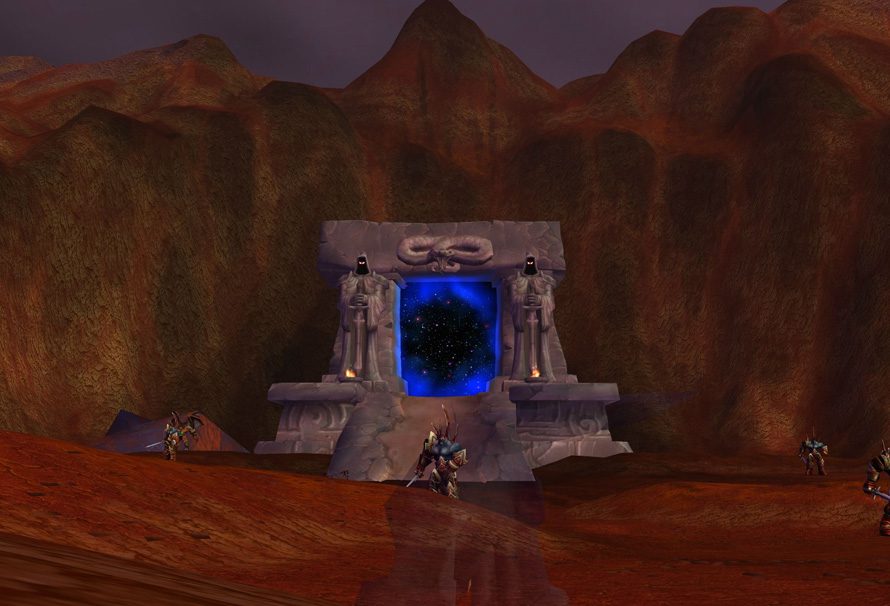 The next World of Warcraft expansion has been announced, so it’s time to look back, back into the mists of the past, and see what the previous expansions were like. Were they good, bad, or has time travel muddled our brains so we can’t remember just *what* they were like?

Well I remember, I was THERE man. I remember waiting in front of the Dark Portal for it to open, I remember hanging about in Dalaran for the teleport to happen, I remember getting flamed by a big dragon as I quested in some distant part of the world.

So here’s the definitive, 100% accurate, list of World of Warcraft expansions, ranked from worst to best. It’s worth noting though that none of them are *bad*, World of Warcraft remains one of the most polished and smooth MMO experiences, and even at its worst it’s a cut above most of the competition.

NOTE: Spoilers abound, so be warned!

Cataclysm on one hand is a huge technical achievement, because it not only added new levels and new content, but they revamped the entire world too. Almost every bit of the old world was redone, questing was made more smooth, the levelling process was made easier, and the world was remodelled to allow flying.

Why’s it the worst?

Because the entire tone of the old world has been absolutely gutted. Instead of areas having local stories, they’re now mainly just ‘oh noooo some big dragon was just hereeeeeee’. Which is fine if you’re playing it when it came out, but now we’ve had a few years and it’s frankly getting a little tiresome to hear gnomes bleating on about dragons.

Combine that with the two new races, Goblins and Worgen having the worst starting zones (mainly because the Worgen one barely works and the Goblin one is just that bit too long), and you’ve got an expansion that while it’s got some good bits, the overall taste in the mouth is sour. Mechanically the game is better after Cataclysm, but the spirit, the feeling of World of Warcraft is just gone from the old world.

Also Deathwing just looks weird, what’s up with his chin?

Time travel is rarely a good idea for narratives. Sometimes, if it’s the point of the narrative, it can be pulled off. If you’re going to disappear 30 years into your timeline several expansions into the game, then get prepared for things to get CONFUSING.

Warlords of Draenor started off extremely promising, I mean apart from Garrisons not working on launch night. But as time went by the cracks started showing. Garrisons just meant that the playerbase which was already fragmented became even more fragmented as everyone had to just hang about in their instanced bases. There was a huge content drought at periods in this expansion’s lifecycle, and the story was absolutely all over the place. Just try and explain it to someone and watch their eyes glaze over as you talk about Gul’Dan but not THAT Gul’Dan but also Yrel who’s not from this timeline but is from that timeline and also Wrathion’s up to no good with the Infinite Dragonflight but who knows and then he disappears and AAAHHHHHHH

That said, some of the cutscenes and narrative beats they put in were excellent, highlight for me was the execution in Nagrand. You know the one. Good stuff.

I’ll tell you why this is in the mid-table of expansions. Two words. Hellfire Peninsula.

OK, it makes sense from a lore point of view, this is exactly what you saw in Warcraft III so of course it had to look like Mars has been hit with the ugly hammer, but good god that zone is torturous to level through, and remains so now 10 years on. See also: Blade’s Edge Mountains, another area you kinda end up in when levelling and then can’t wait to leave. If you managed to get exalted with Ogri’la you’re a better person than me.

But, on the other hand, Burning Crusade has Zangarmarsh, Nagrand, the ghosts and lore in Shadowmoon Valley, Black Temple, and so much more. It’s got such high points and it reverberates throughout World of Warcraft lore to this day, with the decisions made then affected storylines right up to the ‘modern’ day.

Also Draenei are cool and their starting zone is the best, and I say that as a Horde player.

‘Oh no’ we thought, ‘Blizzard surely aren’t doing a Panda expansion’. ‘Have they lost their minds?’

Yes they are and no they haven’t, because Mists of Pandaria is a cracking expansion that takes you on a trip to a world similar, but different enough from the rest of Azeroth, to be really interesting. It feels like a cohesive world, there’s farms and towns and people living their lives, as well as the threat caused by your arrival on the continent.

It really has a feeling of exploration, that you’re pioneers in these lands. You make friends and enemies as you progress through the zones, you learn more about Pandaria and learn hints of the danger that lurks beneath it.

The only real downside of this expansion was the lengthy time we spent doing Siege of Orgrimmar at the end of it. The wait between this and Warlords of Draenor was pretty long, and I think everyone was sick of Garrosh by the time we got there.

Legion on a technical sense is the best, and most polished, that World of Warcraft has ever been. There’s just so much to do and it doesn’t seem to be stopping, Blizzard have really pulled out the stops and they’re dripping content into the game regularly.

Finishing off baddies we first saw in Warcraft III, this expansion is all about taking the battle to the Burning Legion, and it’s actually delivering. Recent updates have put us on Argus, homeworld of the Draenei, to fight against Sargeras and his evil hordes. It’s great, from a fiction point and from a ‘doing stuff’ point.

The only criticism I really have of this expansion so far is that levelling multiple characters isn’t great, there’s so much plot, so much story thrown at you that I feel that doing it a second time will just drain me, so I’m down to one character for this expansion. But apart from that, this is WoW at its best. Mechanics wise anyway…

Wrath of the Lich King

And here’s World of Warcraft at its best, narratively. Not only having the best opening cinematic, Wrath of the Lich King is an expansion where every step, every arrow loosed, every sword swung, is aimed squarely at the neck of one Arthas Menethil, the Lich King himself.

The whole continent of Northrend is training you to fight him, it’s the anvil where your character is shaped into a deadly weapon designed to take out the Lich King. Completing a narrative arc that stated in Warcraft III, it takes you on a tour of the depths that Arthas has sunk to, while never letting you forget that it’s time to take him out and end the threat.

Not only does this expansion have the best narrative, one that sustains itself throughout the entire expansion, it’s got the best raids. Or rather, raid. Ulduar. If you haven’t done Ulduar then let me say this to you: go do Ulduar. I’ll wait.

So yeah, Wrath of the Lich King. It’s good stuff. The best stuff. And World of Warcraft is still a brilliant game, despite being absolutely ancient now.

Do you disagree about these choices? Let me know in the comments below!