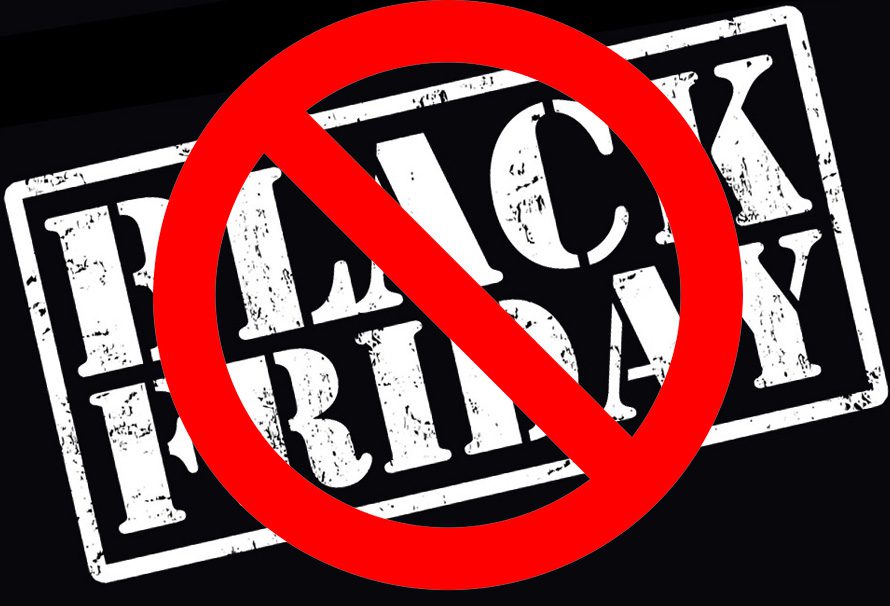 Black Friday is here and DID YOU KNOW WE HAVE A SALE?

Sorry sorry, I get shouted at if I don’t put that bit in.

But y’know what, Black Friday is horrible in the real world. Online at least you can buy some stuff and it’s either digital or gets delivered. Imagine having to go to a shop, imagine having to fight someone just to get a single finger on an Xbox One X.

Even online it’s a bit of a pain, how many emails have you had today from stores you didn’t even know the names of? (Apart from Green Man Gaming’s emails, they’re brilliant and you should read them right now).

So let’s just pretend that Black Friday isn’t happening, and cosy up with some videogames instead. Safe, warm videogames. You’ll never hurt us.

Here’s 11 games (see, because it’s November) that will help take your mind off the mindless and furious capitalism that’s going on outside your door.

OK so this one has just a little bit of capitalism in it. You’re Recette, and its your job to run an item shop in a fantasy world. If you’ve ever wondered how traders in RPGs run a profit, this game has the answers. You go adventuring of course! You descend into dungeons to grab items to bring back to your shop to sell, all to pay off your father’s debts.

As Recette herself says, Capitalism Ho!

OK right so there’s a little bit of capitalism here too, so this might not take your mind off what’s going on outside with the sales and so on. This game is a clicker, or idle game, and it’s all about getting FAT STACKS OF MONEY. First on Earth, then the Moon, then on Mars. Make more money, make even more money, then even more money than that. It’s perfect to get rid of those ‘I’ve got no money because I spent it all at Green Man Gaming’ blues.

Alright I’m sensing a theme with these choices. Offworld Trading Company is a strategy game about building, gaining resources, and initiating hostile takeovers of your opponents. You manage resources on the Martian stock market to make sure you play the odds and make a huge profit, eventually becoming the biggest company there is. Crush your opponents!

I’m giving up the pretence that this isn’t just 11 games about capitalism. Cookie Clicker starts out nice and normal, click to get a cookie, click again and get another cookie. After a while though you automate it, and your cookie empire begins to take over the world and the known universe. It’s the poster child for clicker games and for good reason, cos it’s got a decent plot and a huge amount of upgrades. Give it a try!

You’re in charge of a distant space station, and your employees are UNRULY. They wander about willy-nilly and pay no attention to your directions, instead you build rooms for them to work in (and to earn you some tasty money) and hope they’ll get on with it. Some levels require you to meet economic goals, so you’ll have to think capitalistically! Which is good, it’ll take your mind off Black Friday.

Ah, there’s nothing quite like Transport Tycoon. Now available for modern systems in Open TTD form, there’s no excuse not to build up your very own empire of transport, more transport, and even more transport. Taking place over a hundred or so years, so you see your empire go from steam trains to maglev. Eventually you even gain control over some of the towns, or at least heavy influence over them, so you can build and build and build and RULE THE WORLD, ECONOMICALLY.

There’s nothing more capitalism than oil, so here’s a game all about drilling for oil, maximising profits, and running your opposition out of business. Ah, the sweet sweet smell of black gold, pumping up into tanks ready to be sold. There’s a reason oil has been the end of many an enterprise, but with careful planning and ruthless business activities, you can be an OIL TYCOON.

Capitalism 2 is about capitalism. Well, no surprises there. It’s an incredibly deep and immensely complicated game, as it simulates loads of different angles that capitalism touches in regards to your business empire, like marketing, importing, manufacturing, and so much more. If you get your head around this game, you could probably head out and make a billion on the stock market. Well, maybe not.

We’ve all ready Il Principe right? Well this has almost nothing to do with it, even though it shares the name. This is about trading goods across Renaissance Europe, starting from Italy and spreading out across the continent. It features transport, issues with bandits, politics in form of The Doge of Venice, and the religious side of things is also simulated. It’s fairly simple by modern standards, but it’s a good way to learn some capitalism basics. Like, sell fish for more than you bought it. Job done, I’m going to be a MILLIONAIRE.

Similar to Cookie Clicker, Universal Paperclips is a game about clicking to manufacture paperclips, as well as managing your finances to do so. It starts off rudimentary but it won’t be long until you’re sucked in, messing with quantum computers, and sending probes out into an interstellar war. There’s a reason every website had a thinkpiece up about this recently, it’s damn engrossing!

Whilst the money you find in Spelunky is mined so really isn’t that ‘free market’, there are shops around in the game and you can spend some of your hard mined gold on them for goods and services, well, mainly goods. Or you can rob them blind, making an enemy of every shopkeeper in the game. Just like real life!

You can also try to get the achievement for not picking up any gold, but you don’t want that do you, you want gold, lovely gold.

Ah there you go, now your mind should be taken completely off the capitalistic mess that’s Black Friday, and I haven’t mentioned our Black Friday Sale for ages!