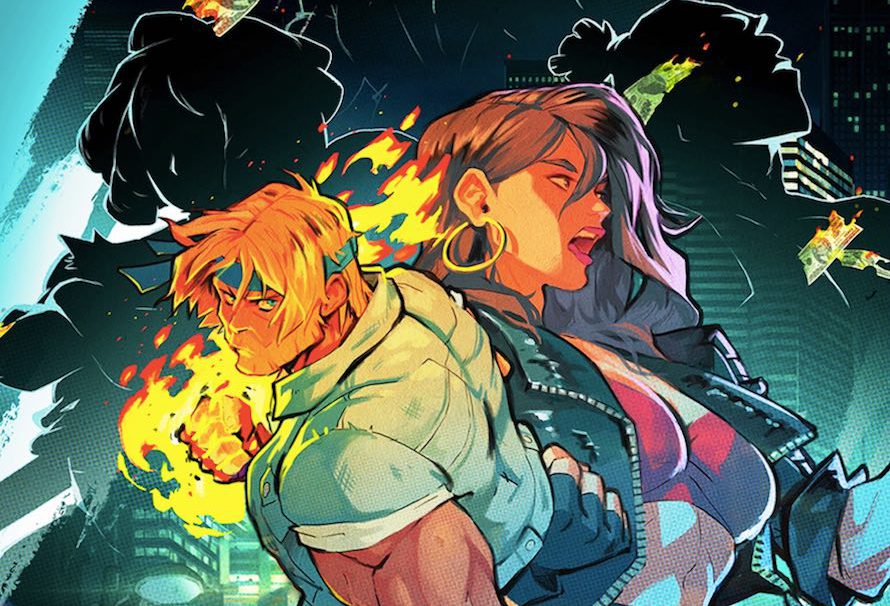 There is perhaps fonder memory of the 1980s arcade scene than the humble side-scrolling brawler. A uniquely empowering and satisfying genre that enables players to lay waste to hundreds of goons with all manner of fists, feet and weapons as they push forever east, we’ve wiped the blood off our face and readjusted our broken nose to put together a list of the best side-scrolling brawlers you can get for PC. Let’s scrap!

Arguably, there’s no better place to kick off this list than with the Capcom Beat Em’ Up Bundle – an eclectic collection of some of the finest side-scrolling brawlers of yesteryear from the kings of the combat arcade.

Encompassing seven side-scrolling brawlers from the genre’s golden era, players will be able to relive memories from all-time genre great Final Fight, as well as lesser known side-scrolling efforts such as Captain Commando, The King of Dragons, Knights of the Round and Warriors of Fate.

Even better still is the fact that in addition to arcade perfect renditions of these games, the Capcom Beat Em’ Up Bundle also includes Battle Circuit and Armored Warriors too; two somewhat rare bralwers that never received a home release until now. As such, if you’re looking to rekindle your love of side scrolling brawlers, the Capcom Beat Em’ Up Bundle is pretty much the best place to start.

The second (and many would argue best) title from indie developer The Behemoth, Castle Crashers lavishes a wacky cartoon art style on top of a side-scrolling brawler that has jolly face-smashing and humor for days.

Castle Crashers offers more than just traditional brawling too, as a neat progression system allows players to customise their chosen warrior to match their playstyle while an array of frankly mad mini games help to keep things varied and fresh.

With its scrappy CRT stained pixel art presentation, Fight’N Rage’s laser targeting of wistful nostalgia might seem cynical, but in truth Fight’N Rage’s audiovisual presentation merely serves as a veneer for the much deeper brawler which lay beneath.

For a start, Fight’N Rage is absolutely stuffed with content – like properly stuffed. In addition to a wide range of non-linear levels, alternate endings and more than 20(!) characters to unlock and play as, Fight’N Rage has arguably more punch for your buck than just about any other game on this list.

As well as being such a generously content stuffed offering, Fight’N Rage also roundly nails the fundamentals too, boasting a simple to pick up but difficult to master control system that lets rookies hit the ground running and genre stalwarts to nail combos upwards of 100 hits. So yeah, Fight’N Rage is very much the real deal.

From Mediatonic, the same ultra-talented folk that brought us current online multiplayer sensation Fall Guys: Ultimate Knockout, Foul Play is a side-scrolling brawler that is often deeply unappreciated – so let’s change that eh?

Framing its 22 or so levels as a series of plays that unfurl on a theatre stage while the various heroes and 50 different goons are played by actors, Foul Play’s unusual setting is immediately charming and whisks players away to such fanciful locations as Atlantis and the dusty pyramids of Cairo.

Making the most of its unique environment, Foul Play also has the audience occasionally call on the player to complete certain tasks, all the while bumbling stagehands can be glimpsed in the background moving the stage on while occasionally actors can be glimpsed stepping to their character suits. It’s all super charming stuff.

Another area in which Foul Play meaningfully separates itself from every other game in this list is in the intricacies of its combat. With an emphasis on perfectly timed counterattacks, thunderous juggle combos and special tricks, Foul Play demands your attention like an engrossing stage play about two alcoholic dogs reciting Shakespeare. Or something.

A grimy, discarded needle of a side scrolling brawler, Mother Russia Bleeds is easily the most grisly offering in this list. Set in an alternate timeline USSR, Mother Russia Bleeds casts players as one of a quartet of formerly imprisoned street fighters who must fight against a totalitarian regime hellbent on their destruction.

In keeping with this nihilistic setting, Mother Russia Bleeds allows its cast of miscreant warriors to enhance their face punching capabilities by taking drugs to replenish their health or increase their strength to such an extent that a well-placed strike can turn an enemy into a storm of bloody chunks.

Unrelentingly grim and stuffed with smashed faces and bloody corpses in every scene, Mother Russia Bleeds is arguably the video nasty of the side-scrolling brawler genre that is well worth your time.

As the titular hard-hitting River City Girls who must rescue their kidnapped boyfriends, WayForward brings us not only easily the finest entry in the legendary Kunio-Kun series, but also a title that pushes the whole side-scrolling brawler genre forward as a result.

With effervescent and beautifully animated sprites that have more character in a single pixel than many 3D games have in their entire models, non-linear levels, multiple progression paths and a veritable treasure trove of secrets to find, River City Girls is quite simply required gaming for everyone.

Oh, and River City Girls also has pretty much the most catchy introductory song ever. Ever.

Somehow defying expectations to become one of the very best side-scrolling brawlers ever made, Streets of Rage 4 managed the unthinkable – it not only continued the Streets of Rage series with aplomb and honored its lineage, but it also managed to be the best game in the whole franchise. Imagine that.

Showcasing gorgeous, eye-popping hand drawn visuals that re-imagine the series classic character designs with verve and which compliment the return of franchise music maestro Yuzō Koshiro, Streets of Rage 4 looks and sounds the part certainly, but the bounty of its towering calibre lay deeper than that.
Streets of Rage 4 doesn’t just play like Streets of Rage used to, it plays better. Streets of Rage 4 fortifies such a boastful claim by not only augmenting its timeless brawling gameplay with a deeply satisfying juggling system, but also in providing the most varied cast of enemies the series has seen to date. Axel’s flurry and dragon uppercut combo has never looked better.