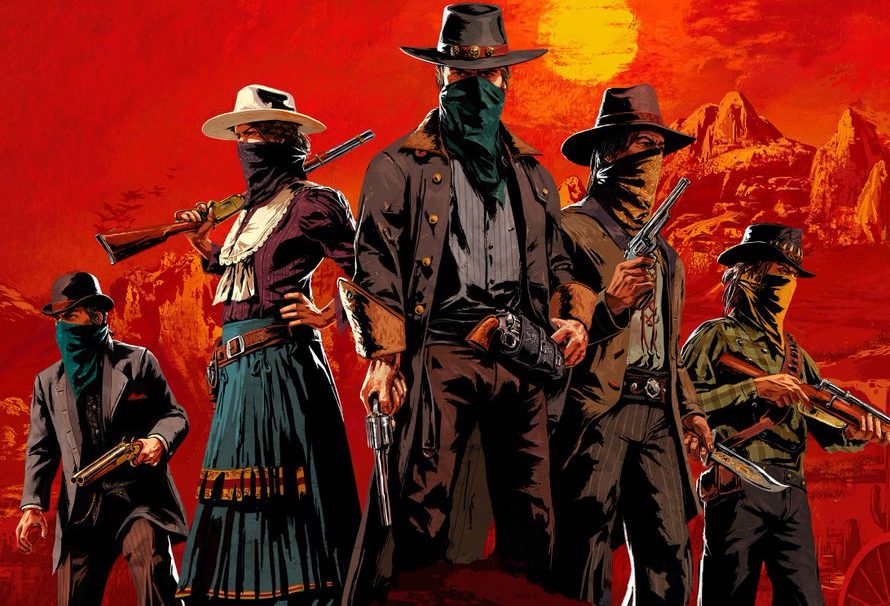 Whether you’re tackling the intimidating lawlessness of the Old West by yourself, or rocking along as part of a larger posse, money is absolutely essential to keeping yourself out of the ground in Red Dead Redemption 2’s online mode. With something approaching an avalanche of activities for the player to do in Red Dead Redemption 2’s online mode, it’s not always easy to see what the quickest way to make bank would be. Luckily, we have your back partner.

The most obvious way to make money with practically very little effort (well, other than the killing required in the first place), is simply to loot the corpses of fallen enemies. Though the actual cash you get from the bodies of your foes is meagre to say the least, the chance of nabbing more expensive items such as pocket watches, platinum bands and more is rather high. As a result, after you’ve looted a whole bunch of enemies, a quick trip to the fence to sell off your spoils is always recommended to top up your cash reserves.

By far the best way to make money in Red Dead Redemption 2’s online mode, is simply to complete the story missions that are dotted around the map and which can be distinguished by their yellow fog clouds. In addition to completion rewards which often scale into the hundreds of dollars, completed story missions also provide chunks of gold and often a small mountain of corpses to loot as an added bonus.

Another great way to earn some serious scratch in Red Dead Redemption 2’s online mode is to get involved in the Collector profession, though you’ll need to be patient before you can start earning the big bucks.

First off, you’ll want to work towards becoming a level 5 Collector as this will allow you to unlock the super useful Metal Detector upgrade. Additionally, in order to obtain the highest amount of money possible, you’ll also need to upgrade your Diamond Bag. Once you have both of these things and have filled your duplicate storage, many more rare collectibles will start to appear on enemies and in special locations across the map, allowing you to earn even more cash from your collector moonlighting activities.

Finally (and this is primarily where the metal detector comes in), once you’ve purchased some maps from the Collector Vendor, you can use the Metal Detector to find buried goodies which often results in the collection of high value trinkets and experience points. Better still, because this activity can be done passively, you can likely nab some valuables on your way to a mission or activity too.

A simple way to earn money is to do a spot of treasure hunting. With treasure maps being dished out to players for every five levels from level ten, in addition to being often discovered on the bodies of bandit leaders in their hideouts, there’s almost always some treasure hunting shenanigans that you can indulge in.

It’s a worthwhile pursuit too, because in addition to stacks of cash and some gold, you’ll also get some special resources such as health tonics and more besides.