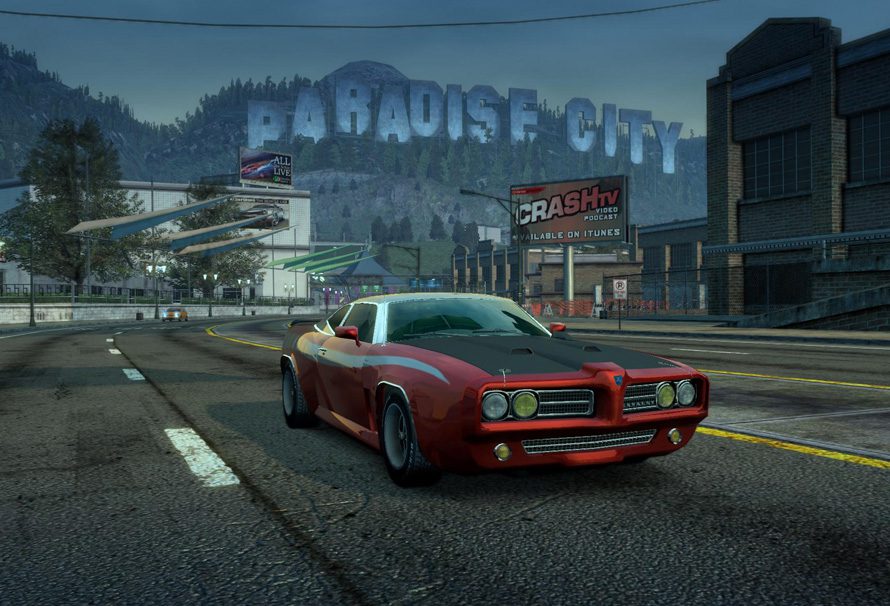 It’s brilliant news because Burnout Paradise was one of the last of the truly great, and accessible, racing games. Since then racing games have either gone more GTA-y, or they’ve gone more serious. People have been crying out for a new Burnout, and if we can’t have that then at least we’ll have Burnout at its best, all shiny.

But there may be a problem.

You see this is something that doesn’t get talked about much in games, is that soundtracks when they’re produced using licensed music, tend to have fairly strict limits on how they can be used.

Often, this includes a time limit on how long they can be used. This is why you’ll sometimes see some games disappear from market. We don’t know which games are affected by this, but for example, is this why you can no longer buy the original Prey which heavily featured Don’t Fear The Reaper?

We don’t know, but the issues that surround licensed music might affect the soundtrack to Burnout Paradise’s HD Remaster. We won’t know until the game’s actually released, but it’s something to worry about and something to get confirmation on before putting money down on pre-orders.

Just to be clear: every song you love from the original may well be in the remaster.

The unthinkable could also happen.

What if, and I can barely write these terrible, fearful words. What if ‘Girlfriend’ by Avril Lavigne isn’t in the game?

What would be the point of racing if you can’t do it to ‘hey hey, you you’? Why perform tricks or smash billboards or unlock shortcuts if you’re not going to find out whether or not Avril Lavigne likes your girlfriend? And to anyone rolling their eyes – you damn well know you skipped through all the other songs to get to ‘Girlfriend’ more than once. Don’t deny it. I know.

So we’re amazingly happy that it’s coming, but before the party starts we need to get confirmation of the soundtrack. What music’s going to be in there, and if the original soundtrack isn’t present, will it be a ‘true’ remaster?