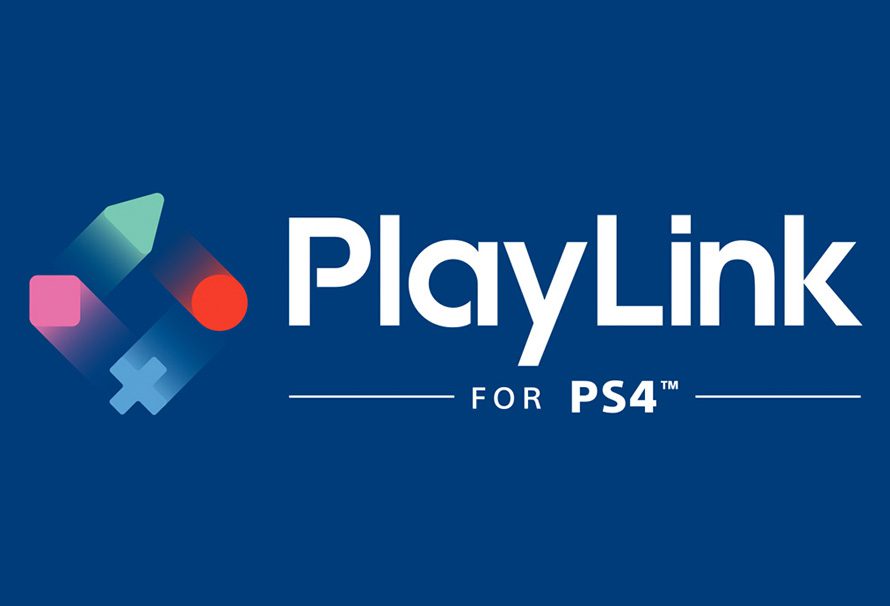 Are you the only person in your family who ever uses the house PlayStation 4? Have you ever wanted to introduce the rest of your relatives to the joys of gaming, only to discover that they find console controllers intimidating? If so, Sony has a new technology called PlayLink which might just let you position the PS4 at the centre of your family’s party-gaming.

What PlayLink does it pretty simple: it essentially lets you hook up a number of mobile phones to the PS4, and use them as controllers in place of your Dual Shock 4s. Which completely bypasses non-gamers’ fear of controllers – everyone has a mobile phone these days, and is completely comfortable using it.

PlayLink only arrived in November, but it’s the perfect party-gaming technology, and its burgeoning roster of games already reflects that. Plus, it’s not just about party-games: developers are starting to use PlayLink to experiment with radically different control schemes and narrative forms, so it has plenty of appeal to more hardcore gamers seeking new experiences.

How does PlayLink work?

While PlayLink games, by their very nature, are slightly more fiddly to get up and running than ordinary PlayStation ones, setting them up isn’t too much of a pain. First you have to buy the actual game for your PS4 – all PlayLink games are available via download and, much like PSN games, generally cost around £15.

Next, you must download a free app specific to that game to every mobile phone which will be used as a controller – all the PlayLink apps are in both Apple’s App Store and Google Play. Then you just fire up the game on the PS4, and every player can jump in by launching the app on their mobile. Most of the apps are pretty small, but the odd one comes in at over 150Mb, so downloading may take a short while, but storage shouldn’t be too much of a problem. The apps do require proper smartphones with touch-screens and cameras, so grandad’s museum-piece from the 1990s (which he probably never turns on, anyway) would pose a problem.

So far, the PlayLink games which are on sale fall broadly into two categories: party-games and interactive movie-style games. Here’s our pick of the best of them.

Available free to PlayStation Plus subscribers, That’s You is the perfect Christmas-gathering game. Between two and six people can play it, and it begins by persuading everyone to take a selfie to act as their avatar. Selfie-taking looms large throughout the game, so the camera-shy might want to amuse themselves otherwise when you’re playing it.

That’s You alternates between three types of rounds, which play on how well you know your fellow contestants. You might have to answer questions about what other players would do in odd situations (sample question: “Who would be most likely to taser themselves when making an arrest?”), emulate animals or the like by posing in a selfie, or draw pictures on your mobile screen.

Each round ends with a vote on whose contribution was the best; if there’s a stalemate, players can employ jokers (which are in short supply) to tip the verdict in their favoured direction. The final round involves everyone taking a selfie, embellishing it by drawing on it, then passing it around to the others for further embellishment. It’s all very light-hearted, and guaranteed to breed plenty of hilarity.

This one is another all-out party-game, also playable by two to six people. It’s a fairly standard quiz, except with some amusing PlayLink-enabled twists. It starts off with everyone picking a quiz-question category as well as a Power Play to use.

Power Plays provide a means of hampering your rivals’ ability to answer questions – for example, the ice Power Play apparently freezes their screen so that they have to tap away several times, shattering the virtual ice, before they can see the possible answers.

It ends up becoming slightly tactical – if someone is winning, the others can gang up on them and bombard them with Power Plays. Plus it has a two-team mode which operates independently of the PS4, and involves passing one phone around between teams. A great party ice-breaker.

Sony’s karaoke game needs little introduction, and for years, it has employed mobile phones in place of microphones – which may be where the idea of PlayLink came from in the first place — so a PlayLink version of the game seems a tad superfluous. Nevertheless, Sony has made one, and if you’re in a party situation in which everyone has got to grips with how to get PlayLink games running, it may well be worth downloading.

The PlayLink version of Singstar Celebration does allow four people to vote on setting a playlist of songs, and it adds some party modes in which up to eight players can participate. But as in the normal game, it only allows two people to sing at the same time. With its playlist skewed heavily towards recent artists, it could turn out to provide a handy means of entertaining the younger members of any Christmas get-together.

Planet of the Apes: Last Frontier

Planet of the Apes: Last Frontier isn’t really a party-game, although it is playable by up to four people. It falls very much into the interactive-movie category, and might go down nicely if your Christmas family gathering tends towards the more cerebral end of the entertainment spectrum – that is, if you like to settle down for a good movie-watch.

The rebooted Planet of the Apes movies are great, and effectively Last Frontier is another one of those. Regarding those movies, it has impeccable credentials, as it was developed by The Imaginati, which is owned by The Imaginarium, Andy Serkis’s company based in Ealing Studios, that was responsible for all the performance-capture from the movies.

The Last Frontier documents a new encounter between apes and humans, and you play it by making a barrage of moral decisions, and deciding whether or not to perform actions. A key mechanic is its voting system – if you play it with others, the majority vote holds sway, and if there’s a stalemate, each player has one joker which he or she can choose to play.

It’s a game with multiple outcomes, covering three broad scenarios: apes win, humans win or peace is achieved. So, much of the fun lies in trying to achieve your favoured outcome. When playing it with a group, that approach inevitably breeds a large amount of debate. It requires a certain amount of commitment – each play-through takes two to three hours – but it’s very immersive. After playing it, you’re likely to feel like you’ve been living through an episode of Gogglebox.

This one also falls into interactive-movie, or possibly point-and-click adventure, territory. Created by Supermassive Games, the developer behind Until Dawn, it’s a police procedural with very impressive production values. Like Planet of the Apes: Last Frontier, it encourages you to make moral decisions – regarding your investigation, lines of questioning and so on – and to perform actions by swiping around your mobile phone screen.

Up to four people can play it co-operatively and, when decisions must be made, the majority holds sway. But with the timed actions, all players must nail them before the countdown ends, so there’s an added sense of responsibility.

There’s also some detective work to undergo, and the possibility of multiple outcomes adds replay value. If you like police-procedurals and fancy yourself as a sleuth tracking down a serial-killer, it should fit the bill.

Erica isn’t out yet – with luck it will appear earlier rather than later in 2018 – but we’ve had a sneak preview of it, and it looks set to create quite a stir. That’s because it shows how developers can take advantage of PlayLink’s unique attributes in order to craft thoroughly new and fresh gameplay experiences.

It, too, falls into the broad interactive-movie category, but it eschews conventional linear narrative and uses PlayLink to create an impressively tactile experience. You control a woman called Erica, who is plunged into a mysterious intrigue which unfolds from a first-person viewpoint.

What Erica does brilliantly is to use the mobile phone’s screen to recreate the sorts of things you would do in real life. Thus, when you find a crumpled ball of paper, you must stroke the right parts of the screen to unfold it, or you can rub the screen to remove dust and uncover a clue.

Visually, Erica is great – there are no transitions between scenes, so it plays like a single-take film. It’s definitely one to look out for, and we’ll bring you a closer look at it before it launches.