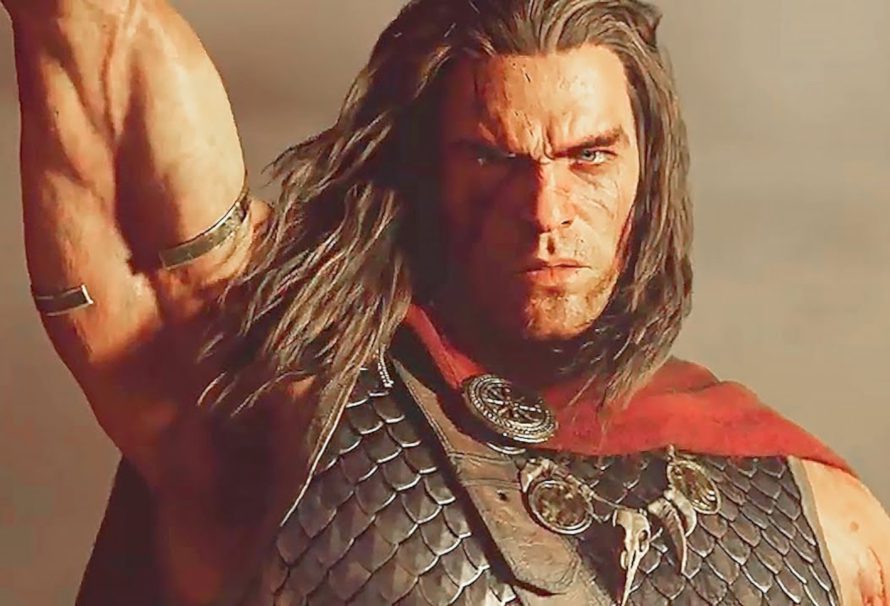 Earlier this year we had a chance to chat with Renato Orellana from Petroglyph at EGX Rezzed about their upcoming title set in the Conan Exiles universe, titled Conan Unconquered. Now it’s out and I stand by what I said at the beginning of April: This.is.awesome!

So every time I talk about this game I essentially get the same questions asked, so I’m gonna beat you to the punch. YES, this game is set in the same world as Conan Exiles, NO it is absolutely nothing like Conan Exiles, apart from the color palette and some recognizable characters/enemy units.

After the success of Conan Exiles, Funcom clearly had a vision of expanding the Conan IP into different genres of games. Now if you’re already thinking down the lines of real-time strategy, then Petroglyphs extensive history of creating great RTS titles would have made them an obvious choice for this task, and man did they deliver! What we got though was a quick peek into the future of real-time strategy games.

So when we talk RTS, the immediately recognizable titles are ones like Starcraft, Warcraft, Age of Empires, Command and Conquer and more recently the Total War series. What these games all have in common is the premise of building an army to defeat your enemy on the battlefield. What we have here though is a simple addition to the age old formula that entirely changes how you approach gameplay.

The rise of Survival RTS

What Conan Unconquered does is throw swarms of enemies at you that attack at certain time intervals in waves, each wave is larger and more dangerous than the last with the last wave….. I’ll be honest I haven’t got that far, this game is nails ok, in all the right ways. Each map you will face a certain amount of waves depending on whether you are playing a custom game or campaign, it’s a greatly challenging experience that will require some level of in-depth strategizing to survive the later swarms, especially on higher difficulties.

We’ve seen similar implementations in games like They are Billions, but Conan Unconquered refines the idea to make for a far more in-depth experience. The effect this mechanic has on the player is a sense of impending doom, exploration and base expansion are still crucial to your success. You can find extra supplies all over the map and certain resources do not regenerate and require more and more buildings to be added in order to have more available, so both need to be done in order to get anywhere. But the knowledge that enemies are intently heading towards you, makes you instinctively focus inward, at defending what you have and not venturing too far, over anticipating the attack. Its a sense of fear of stepping out your own front door that you have to overcome in order to succeed.

Be Unconquered with Conan

One of my favorite additions is the use of Hero characters. These are the only unit that you start with and will level up with experience, unlocking better abilities. There are two Heroes available on release with two more available with the deluxe edition of the game, each with their own special abilities and skills. They are the driving force that you will use to spearhead attacks and do early exploration with. As mentioned, one of the heroes is Conan himself. Now we haven’t had a go with the campaign just yet but I imagine there will be some great story weaved in from the original source material to add some more lore to the world and color to your heroes.

Be Unconquered with Friends

Conan Unconquered features co-op multiplayer, survive the swarms with one other person and splitting farmable resources between you. It does make the game a little easier as having two heroes does offer an advantage and you’re able to delegate tasks and advance more quickly. What I couldn’t quite tell is if having a partner makes the enemies tougher in any way.

Overall Conan Unconquered is a damn good game that I believe will see similar success to its predecessor Exiles. The game is simple enough to get your head around whilst offering enough depth that it feels like learning a new skill.

To find out more visit the official website, Conan Unconquered is published by Funcom and is out now on PC. Get your PC copy at Green Man Gaming today.