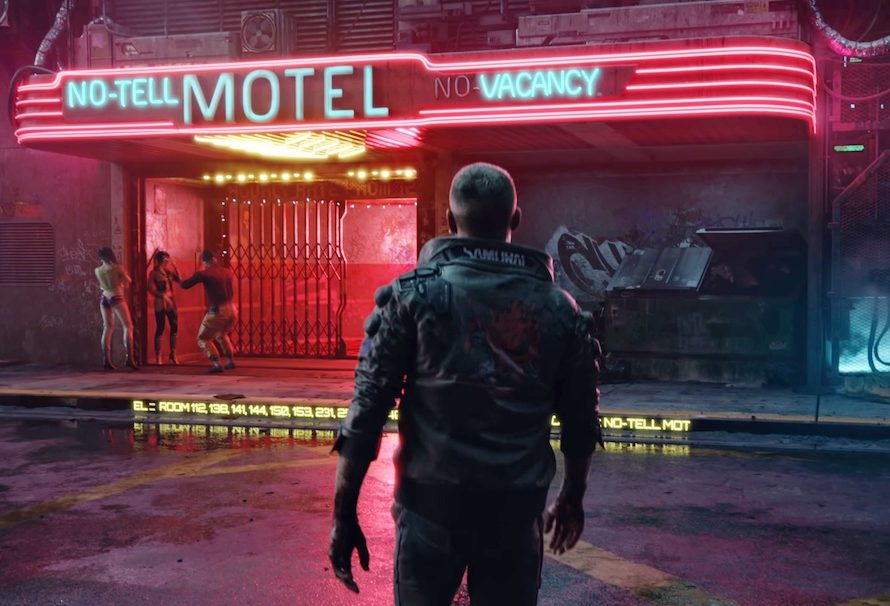 In Cyberpunk 2077 you’ll explore a dystopian future in the shape of Night City, a sprawling metropolis filled with gangs, crime, and for some – opportunity. You’ll be delving into this city and its huge roster of characters, making allies of some and deadly enemies out of others.

We don’t yet know everyone you’ll be encountering on your sordid adventures through the seedy underbelly of Night City, but we know a few details. Here’s everything we know about Cyberpunk 2077’s characters.

Note: Some mild spoilers may be below.

V is who you’ll be playing as. You’ll get a huge amount of customisation for your character before you dive into the game, including customising their backstory. The Lifepath choice will span the entire game affecting much of what you’ll experience, so choose between Nomad, Street Kid, or Corporate wisely. However your character’s story starts, you’ll begin the game as a thief tasked with recovering a unique chip – from there things go a little wrong, and the plot of the game begins.

You know this guy – played by Keanu Reeves you’ll be seeing a lot of Johnny Silverhand throughout Cyberpunk 2077. One of the game’s central characters, Johnny is a rockstar rebel noted for his seditious actions. He hasn’t been seen for a while before the start of the game – and it turns out that’s with good reason. He’s quite, quite dead. That doesn’t mean he’s gone, however, as it appears his mind was digitised prior to his untimely end.

You’ll be spending a lot of time with Johnny Silverhand as he tries to convince you to join his cause. Whether or not you trust him is up to you, he does wear a friendly face, but is he a trustworthy ally or is he just seeking to manipulate you?

During the early hours of the game you’ll encounter Jackie, your character’s best friend and closest ally. A former criminal, Jackie set out on their own as a mercenary after their mother found out, which tells you everything you need to know about him. Money, loyalty, and family are his prime motivations, making them a stalwart ally amongst the criminal gangs in Night City.

Alt’s story is twinned with that of her boyfriend, Johnny Silverhand. A genius-tier programmer, Alt devised a way of digitising consciousnesses, basically inferring immortality on you. This caught the attention of a megacorp by the name of Araska who kidnapped her, forcing her to work on a weaponised version of her program, now known as the Soulkiller virus.

After Araska got everything they needed from her she was subjected to her very own virus, becoming a living piece of code. By the start of the game she’s been on her own in a computer system for decades, and an attempt to have her returned to the physical world has failed.

There will be many more characters that you’ll encounter in Cyberpunk 2077, but those are the prime movers and shakers you’ll meet at least in the opening hours of the game. Who are you looking forward to meeting? Let us know what you’re most excited about over on our community forum.