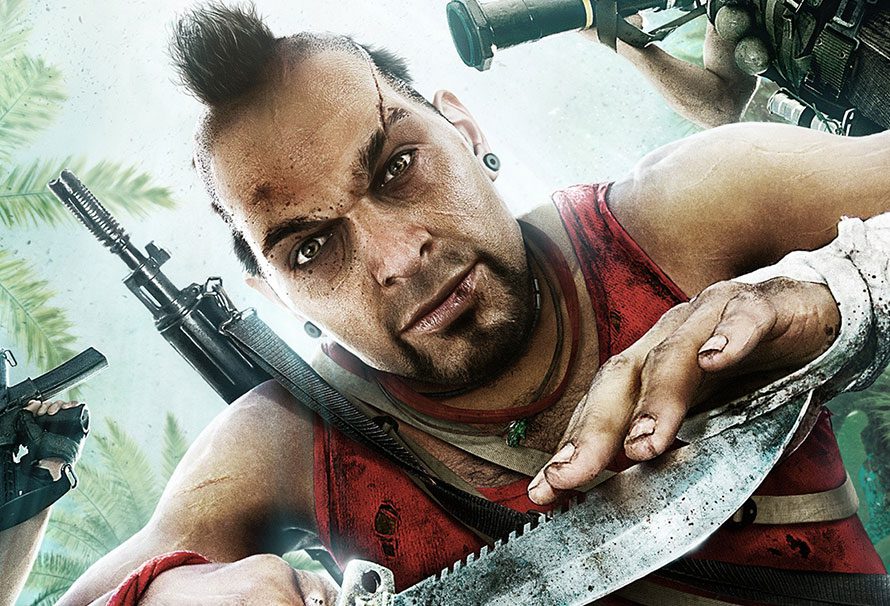 Here at Green Man Gaming we care a lot about our readers, so much so that we are slowly putting together a survival guide in order to help you, the gamer, just in case you get caught in a particularly life threatening situation.

Last month we covered How To Survive War According To Video Games. This month we are tackling the sometimes desolate and yet sometimes over stuffed typical open world environment. Check out our top tips below.

If games like Horizon Zero Dawn and FarCry have taught us anything, it’s that you can craft supplies out of pretty much anything! Just grab some random plants, a couple of twigs and some sweet McGiver skills and you will have a bountiful supply of weapons and healing items in no time. What makes the whole experience even is better is being able to craft items whilst in the middle of battle! Short of arrows? Never fear as you are able to slow down time and take five to make yourself some much needed supplies.

Animals are the best vehicles

For a long time vehicles have been the popular choice for getting around. After some research however we have found out that animals are better! Can you feed and pet you car? Can you teach your car new tricks? Can you even develop a unified bond with your car? The simple answer to this is no. Both FarCry Primal and Blood Dragon prove to us that animals are the best vehicles, whether is is a dead saber-toothed tiger who you have affectionally called Dave or a overzealous thirsty blood dragon who shoots lasers from it’s eyes. These vehicles just don’t give you the cool factor they can also be your best friend.

Please note: Remember to keep your vehicles well fed and watered at all times.

No idea where you are? Climb a tower!

Open worlds are vast landscapes that are easy to get lost in. It is also traditional (according to video games) that when you receive a map of the landscape, it will only highlight your current area and maybe 2 or 3 landmarks. The rest of the map is either completely shrouded in darkness obscuring what would usually be a handy tool for getting around.  Instead of going to your map supplier and demanding a refund, we suggest climbing the nearest tower. Once you have climbed said tower is has been scientifically proved that roads, landmarks and even shops in your area will start appearing on you map. We suggest climbing any tower you come across on your travels to uncover your map fully.

Water is your Best Friend!

Sooner or later you will come across a heavily guarded out post, or a group of enemies enjoying a leisurely stroll. Usually the best tactic for these situation is to take them out from a distance from the warming embrace of a shrubbery or some un kept grass. If however there is a pond or indeed small lake nearby, this has been proven as the best cover. More often than not if you find yourself overwhelmed by enemy fire, jump into some water. We have also come to realise that water helps when coming up against most robots in Horizon Zero Dawn. Except robot crocodiles…

Bored of doing quests? Then Bulldozers are your best friend!

There is that point in most open worlds where you are tired of running from point A, talking to someone then running to point B killing/picking up something then running back to point A to brag about your accomplishments. (basically being a glorified post man in most cases). If we take a leaf from Ghost Recon Wildland’s book the best way to pass the time is racing Bulldozers, or instead of racing the bulldozer why not take the vehicle on your stealth recon mission with you. Infiltrating a militia base? BULLDOZER! Getting some intel from a local village? BULLDOZER! Taking out a group of enemies as they are enjoying the sites, smells and sounds of their surroundings? BULLDOZER!

So there you have it! If you take this guide with you when out in the mysterious (and sometimes overwhelming) open world then you should be able to tackle the harsh landscapes in no time. Be sure to keep an eye on the Green Man Gaming blog as next month we will bring you another edition of The Editor’s Survival Guide.