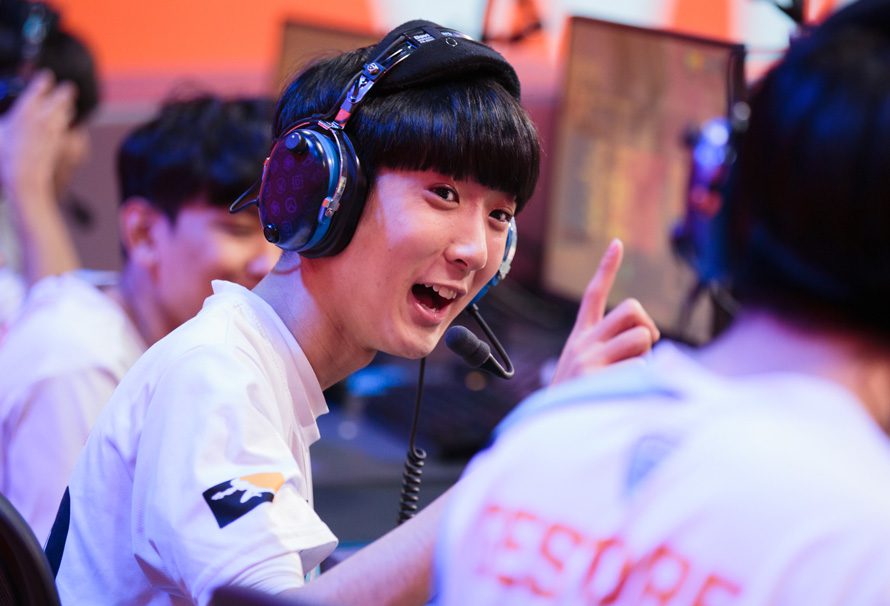 The Overwatch League has ploughed past the half-way mark and we’re heading quickly towards the business end of the inaugural season. There’s been controversies aplenty, with players suspended from multiple teams from controversies ranging from the use of racial slurs through to account boosting. There’s barely been a week without a new controversy but that’s not to detract from the storyline building in the league.

At the time of writing, New York Excelsior still sit at the top with just three losses to their name and a whopping 20 wins. Spitfire and Seoul are in pursuit, having won 16 apiece and Boston and Philadelphia lead the charge for the Western rosters, sitting on 15 each.

Boston Uprising have been in a team in unbelievable form of late. Despite the suspension of DPS player DreamKazper, the team turned up against New York Excelsior in huge fashion to send a severe warning to everyone in the league. Before Thursday, New York had lost just twice in the two and a half stages played of the Overwatch League to this date. Russian DPS player Stanislav “Mistakes” Danilov is known for his Sombra and as the league moves into what many believe is the Sombra meta, his ability on the hero proved invaluable in dismantling New York on Volskaya Industries. Similarly, main tank and Winston player Noh “Gamsu” Young-jin came up huge, coordinating with his two DPS players in devastating combination to dive and counter-dive the New York defensive line in fearless fashion to give Boston the edge. It’s telling that despite New York not being at their best they took the form team Boston to five games and still could have taken the series. They still to this day look the most dangerous of outfits and are rightly the favourites for the inaugural season two title.

London get back to winning ways but face a sterner test

London Spitfire started the third stage in slow fashion. They faced the Houston Outlaws and New York Excelsior in the first week of the stage and having had players return to Korea in between stages, looked a little rusty in succumbing to two defeats. They started this week in better form but still didn’t look at their best despite beating Florida Mayhem 3-0. Uncharacteristic mistakes let Florida have more of a chance on most maps than the Spitfire would have liked to and there’s little to doubt they will have to be significantly better against Philadelphia Fusion on the weekend.

The Fusion scrape past old nemesis Outlaws in another classic

The Philadelphia Fusion were the surprise package of last stage, beating London in the semi-finals to make it to the grand final where they narrowly lost to a deserving New York Excelsior. Interestingly, when Philadelphia Fusion faced Houston Outlaws late last night, everyone almost expected the series to go the distance and go all the way to five. The previous two meetings between the two went all the way, with Fusion winning in the fifth on both occasions.

Sadly for the Outlaws, it was more of the same this time out. The battle was extremely close – but with Josh “Eqo” Corona still suspended, Philly just found enough to edge out their rivals. For the Outlaws, it’s more of a case of the same old problems since the first stage. On the first stage, with the Mercy meta in full swing, their DPS players were comfortably on the likes of Widowmaker and Junkrat – with Jake in particular famous for his Junkrat. Now that full-on dive composition returns, Tracer is an integral part of most teams compositions. SImply put, Jake and LinkzR are just not as strong on Tracer as many other Overwatch League players and that’s come back to bite them more often than not.

The Outlaws weekend doesn’t get any easier, either with the daunting prospect of New York Excelsior to come on Saturday. It doesn’t get much tougher than that and one would assume that if Excelsior turn up, they will have too much for Outlaws.