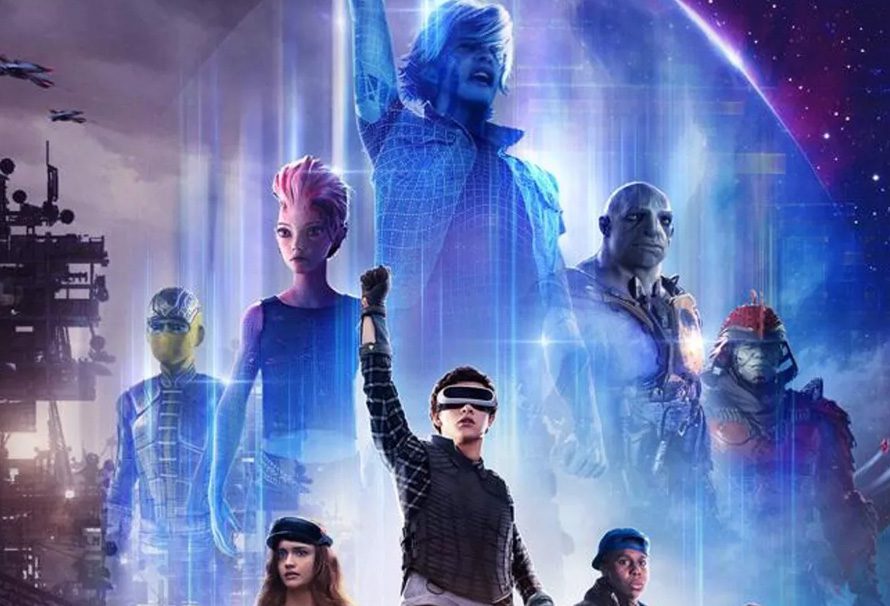 The Ready Player One film has come out, based on the nerd-referenced-tastic book by Ernest Cline and it’s been met with fairly positive reviews. Hitting 74% on Rottentomatoes, it’s definitely ‘fresh’ by their standards and seems to be reaching its goals in terms of revenue.

There’s been a big debate in the nerd community recently, however, as some parts of the community have spoken up, critiquing Ready Player One by saying that it’s barely anything more than a series of references shorn of context, and also criticising its approach to romance and how it treats women.

So we are turning to you, our Green Man Gaming community, to ask what you think? We reached out on our Community forums, our Twitter, and our Facebook to find out what our community thinks of the latest Spielberg movie. Here’s what you had to say:

Korell from over on our forum, had this to say:

It is a good film, and quite rightly so full of references to film, TV, games and music. So many references that I’m sure it would take many viewings to spot them all.

Whilst the overarching plot is the same as that in the book, it does change a lot of details and events so that they don’t happen in the same way. I can completely understand why this was done, though, as to fit the whole book into a film just wouldn’t be possible in the 2 hours 20 minutes runtime, plus it also means that even if you have read the book you still get something new in terms of the clues and the challenges for the keys.

This said, I am glad that I read the book first as the film alone doesn’t really give enough explanation into the state of the world in 2045, so if you want to understand this, as well as how the economy of the world and the OASIS works, then you will need to read the book.

Stefan on Facebook had a couple of things to say regarding the narrative structure and the romantic subplot:

Visual great and fun film but let down by an unnecessary romantic subplot and predictable story..

L. I. AM. on Twitter really had some strong feelings about the film, and how proud it made them to be a gamer!

Beautiful in sight and sound. It delivered much more than I expected. All the references to games and pop culture fit perfectly into the Oasis, and riding pretty close to max level cheese factor, the ending fight showing all of the various characters made me proud to be a gamer.

Aji on Facebook had a LOT to say about the film – check it out:

While loosing a lot of important references (e.g. Ultraman) due to licensing issues are perfectly understandable, the movie removes a lot of elements that can be included without issues or prohibitive cost. Aech’s choice of a white male avatars, highlighting discrimination issues, is one example. It could’ve been kept in the movie without much hassle.
The movie also reduce the scope of the book, from an international ensemble of gunters into a bunch of young people from the USA.
I can go on further, but I don’t think I should write your article for you.

Valdar on Twitter says that as a film, it was good, but it doesn’t quite satisfy those who’ve read the book:

It was a decent movie, enjoyable on its own right, but – as it’s common with book based movies – people who know the source won’t be truly satisfied. I guess copyright issues led to huge changes, and I missed a few things from the book, but it was alright nonetheless.

Facebook hits back with Jin, who really had some problems with the film:

was disappointed at how spielberg dropped the ball in basic story telling: -absurd, artless exposition at the beginning of the film. show don’t tell still applies. – until the police make their presence known in the last reel of the film, you get the sense that the world is a corporate hegemony where IOI can do anything they want with impunity such as kidnapping, imprisoning, torturing and working to death people who were in debt to them and destroying occupied residential buildings with no one even asking about it. if this is a world where law and order still exists, how in the world can this plot make sense? it’s possible to make it make sense but not in the way it was told in the movie. if this is not spielberg getting lazy, it has to be studio interference.

I personally loved the film. I read the book a few years ago and although the film took a LOT of shortcuts and missed out major parts from the books story, theres only so much you can squeeze into a single feature film, I enjoyed it and would encourage people to read the book!

Michael, however, slips in with a Half Life 3 query:

The movie didn’t follow the book very well, as in, they really dumbed down the plot, Tracer got 3 appearances and I didn’t see Gordon Freeman anywhere.

So there you go, we have a few mixed opinions about what our community thinks about Ready Player One. Do you agree, disagree, or want to have your say? Hit us up in the comments!