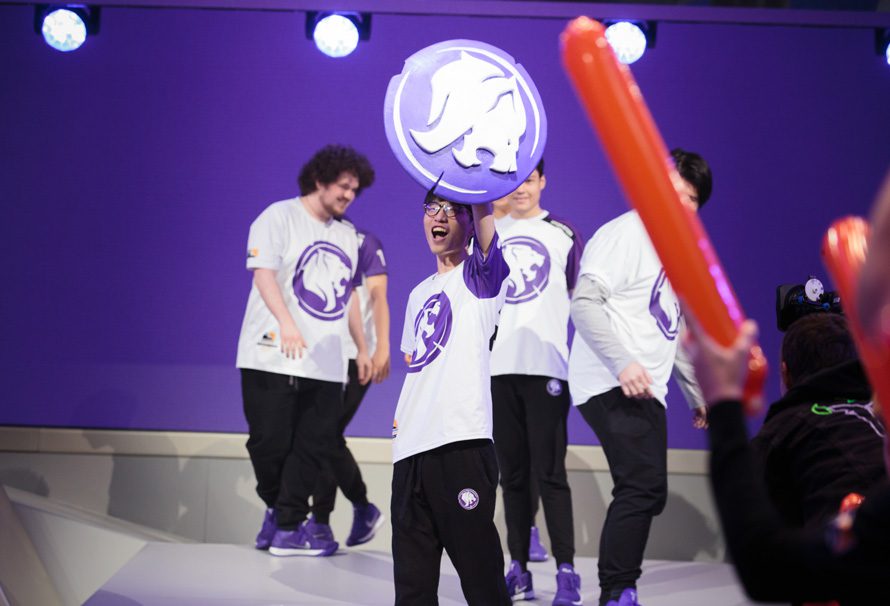 It only seems like yesterday that the Overwatch League got underway in its inaugural season but this weekend will see the conclusion of the second stage and it’s well and truly all to play for.

Whilst New York Excelsior’s earlier laboured victory against Dallas Fuel by three maps to two all but confirms the overall league leaders spot in the playoff slots, there’s currently four teams all vying for the remaining two spots and their shot at the bonus $125,000 pool available.

The Los Angeles Gladiators came into the gameweek with their playoff fate completely under their control. Should they have beaten the Philadelphia Fusion in their first game of the week, victory against the Boston Uprising would have seen them through to the final three for the second stage. Instead, to many people’s surprise The Fusion were able to put a halt to the Gladiators hype train and edge themselves strongly into playoff contention.

It’s likely that the Gladiator’s playoff dreams will depend upon their Los Angeles rivals, the Valiant. It’s safe to say the Valiant don’t have the easiest of weeks – first facing the Fusion and then New York Excelsior to round off what has been a fairly average stage for them thus far. They’ve recorded four wins and four losses and have lacked the consistency that saw them go 7-3 in the first stage.

Bizarrely, it seems as if Seoul Dynasty just don’t want to be in the playoff games. The team that many tipped for inaugural season glory started the first stage in dominant fashion, before tailing off in the later weeks to finish what ended up being a disappointing fifth. This week, having seen the Gladiator’s relinquish control by losing to the Fusion, Seoul had a chance to put themselves firmly in the driving seat when facing a struggling Outlaws outfit but in almost typical Dynasty fashion, they crumbled and fell to a 3-1 defeat. That’s not to say that Houston are in any way a bad team, as the first stage saw. It’s generally acknowledged that they lack a top level Tracer player and in a meta where dive compositions are popular, it’s proving a thorn in the Outlaws side. With the Mercy meta now a thing of the past, Tracer picks on heroes are of huge importance and can change the tide of any game. Both Jake and LiNKzr are incredible Overwatch players but it doesn’t feel as if they have the impact of other top tier Tracer players when playing the hero.

Currently the London Spitfire sit second in the table, and they should make it through to the playoffs. The two opponents they face this week are the bottom two teams in the league – the Dallas Fuel and Shanghai Dragons. It has been another utterly miserable stage for Shanghai who have managed just two map wins, and sit on 8 map wins in the entire Overwatch League. They’re yet to record a series victory so sit firmly adrift at the bottom of the league with a 0-19 record and a whopping -61 map differential.

The Dallas Fuel have not been short of controversy throughout the Overwatch League. Players have missed games through illness and suspension and it seems as if they never really hit a groove. Their first game of the week was against New York Excelsior and no one expected them to pose a real challenge. The series actually went the distance, however, with the Fuel putting in a considerable shift and looking the team that everyone initially hoped for. Whilst it’s too late for them to really make an impression on the stage, they can certainly dent the Spitfire’s playoff hopes should they take victory and give them a boost heading into the third stage of the season.

The structure is that third plays second in the semifinal before they then go on to play the team that finished top of the stage for $100,000. Last stage saw Spitfire edge out Excelsior and we might well see a rematch of that. Back then Spitfire came back to reverse sweep New York and win 3-2 but there’s no way New York want that to happen again.

Regardless of who makes it to the playoffs, we’re sure to witness some more top quality Overwatch before the professional landscape moves and catches up patch-wise with the public game client. We’re fairly hyped to see how the best of the best use Brigitta in competitive play.