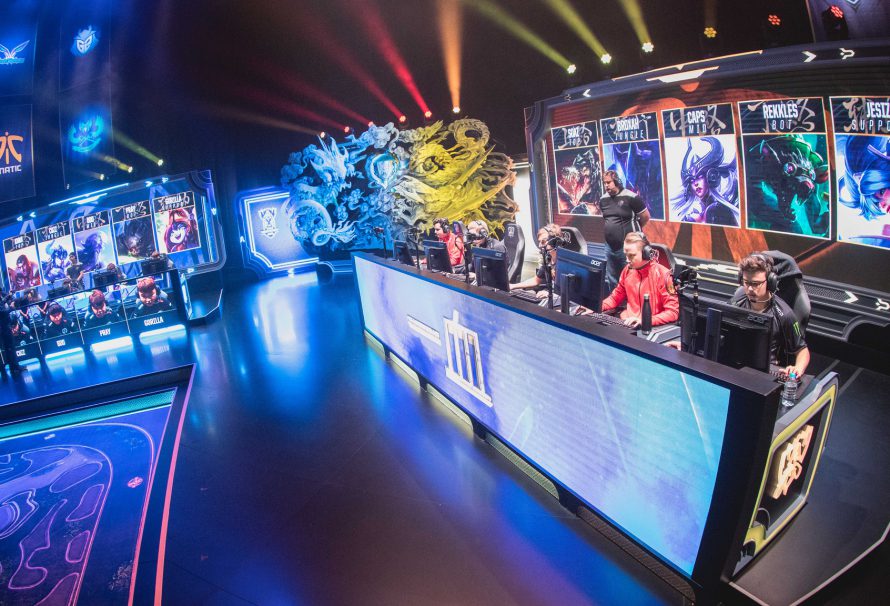 It’s undoubtedly been another busy week of esports action, with the League of Legends World Championship action continuing, Counter-Strike’s ELEAGUE CS:GO Premier reaching the crunch stages and the Dota 2 scene set to fly back into a hectic season.

Whilst we’re set to get underway in Dota with the first minor of a season that guarantees a minimum of 11 minors and 11 majors and with it a huge amount of prize money to boot. With four premium events in the next four weeks, for those inclined to watch the incredibly complex MOBA, there shall be no shortage of action. For now though, here’s a recap on just what has gone down in League of Legends and Counter-Strike in the last week.

The first week of action in Shanghai has wrapped up

It’s safe to say that Worlds are most definitely a marathon, not a sprint. With the finals still a distant thought, the first week of the group stages of League’s World Championships has been and gone, with no shortage of drama to boot. European teams did not have a particularly good time out in China, with Fnatic not managing to notch a win and G2 only managing a single win in what is an extremely tough group. However, every cloud has a silver lining and Misfits sit pretty with two wins having overcome North American rivals TSM earlier in the week.

Although League is known for having a somewhat “set in stone” meta, whereby only a few Champions make it into professional level play, there has undoubtedly been some diversity from play-ins through to the groups. Fans of Kalista have still yet to see the champion emerge in the group stages, with the champion being banned in every single game of the group stages thus far. On the contrary, Trundle has been picked up in multiple games and boasts a 100% win rate whereas the champion did not make it onto the Rift in the play-in stages.

The most impressive statistics come from the likes of Royal Never Give Up’s Support player Shi “Ming” Sen Ming who has not died even once, and equally not managed to snag a kill either. In MOBA purist terms, those statistics on paper showcase perfect support play and Royal Never Give Up’s 3-0 record in a tough group has shown they’re here to compete with the likes of three time champions SK Telecom T1, who look to have recaptured championship form at the most pertinent of times. Action continues this week, with the second week of the group stages. It’s now well and truly make-or-break for most of these teams, with several packing their bags and heading home as the League season draws to a close.

Can anyone stop FaZe Clan?

For anyone that intermittently follows Counter-Strike, recent roster shuffles have spawned what many would argue is, on paper, one of the best CS:GO teams to have played the game. Although the team prior to roster swaps had achieved a succession of top four finishes, they still felt change was necessary. Fabien “kioShiMa” Fiey and Aleksi “allu” Jalli got the chop, and in their lace two legends came forth. Olof “olofmeister” Kajbjer, a man known for being the best in the world in his heyday has moved away from Fnatic as he looks to recapture old form. Similarly, Natus Vincere’s Russian AWPer Ladislav “GuardiaN” Kovacs has also moved as he attempts to show the world that he’s still just as good as he once was.

It’s safe to say that they’ve made quite the entrance. They completely annihilated all of the opposition in their first tournament together back at ESL One New York, and over at ELEAGUE it hasn’t looked like slowing. Yesterday they faced French roster Team EnVyUs in what many touted may be a challenging affair, yet another that they breezed past with relative ease. There has been no teething problems with this roster. Havard “rain” Nygaard, the reliable Norwegian rifler has continued his exceptional form and notched a HLTV rating of 1.49 and ADR of 113.1 in the series as the mixed nationality roster continued their rampant form on the way to the ELEAGUE semi-finals. It was a quiet day at the office for one of the world’s very best players, Bosnian Nikola “Niko” Kovac, as he only recorded 1.17 HLTV rating and 78.0 ADR. Those statistics are still nothing to be scoffed at, but if FaZe can win so convincingly without NiKo turning in a star performance, other teams must be quaking in their boots.

Elsewhere in Counter-Strike, North breezed past Heroic as they continued to impress, whilst G2 suffered an upset at the hands of North American roster Cloud9. The consistency of the all-star French squad has always meant a question mark remained as to whether they can be considered with the best, and again they came up short out in the Atlanta. Meanwhile, ELEAGUE Major winners Astralis looked back to their efficient best when dispatching Fnatic by two games to zero as the semi-final matchups were confirmed. There’s little doubt that FaZe versus North will be the pick for many, whilst Astralis versus Cloud9 should also be met with a keen sense of intrigue.