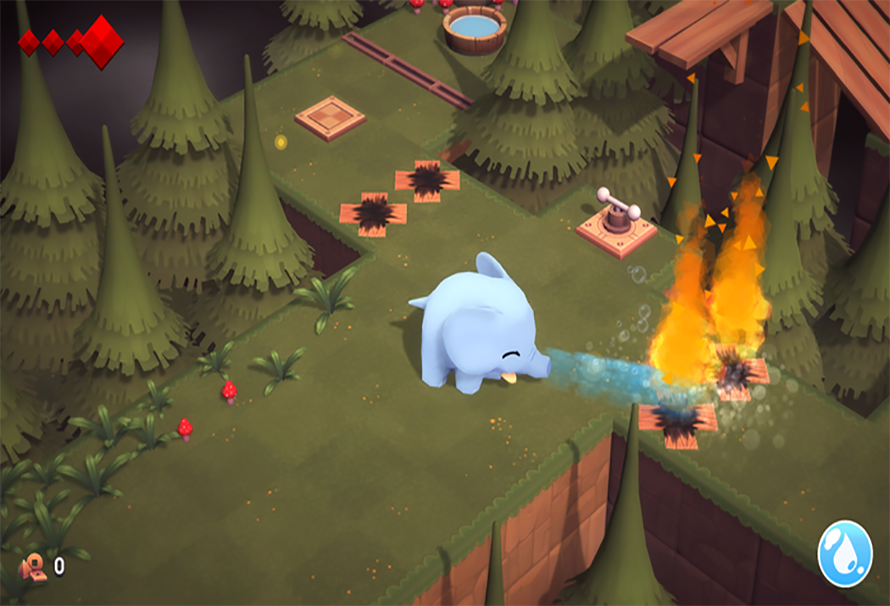 Yono and the Celestial Elephants

Ready your trunk, it’s time for an adventure!

Elephants are a mighty protectors of the world, born from the stars once per millennium. This is the age of Elephant Yono. But Yono is still so very young and in a kingdom inhabited by feudal Humans, undead Bonewights and robotic Mekani, it’s not easy to keep one’s trunk out of trouble.

Yono and the Celestial Elephant is a grand adventure, featuring carefully designed puzzles, treasure hunts, a sprinkling combat and a world full of people. Play as a young elephant tasked to save a world he’s never seen before, and explore the rich history of a kingdom where humans, zombies and robots live side by side.

By purchasing this Urban Edition you will get

Whether you’re a fishing beginner or angling pro, the Euro Fishing Urban Edition accurately and authentically replicates the feeling of actual fishing, using our unique physics-based casting and reeling system. Get out and fish!

Story:
Earth has lost contact with the only colony in mars; a scientific colony established to research the existence of life in the frozen waters of Mars.
You will be sent to the planet’s surface with the mission to restore contact with the colony and find out what happened.

Inspired in the 80’s and 90’s sci-fi horror movies, Life on Mars is an old-school game with old school graphics and very addictive playability which will make you feel again the things you only felt 2 or 3 decades ago.

Features:
-4 difficulty levels:
The easier modes can be enjoyed as a “run and gun” kind of game, while the normal and mostly, the hardest level, will make you play it as a real survival game, where every hit counts.

-Weapons and abilities:
You will start with a single rifle, but you will be able to find weapons such as a grenade launcher, a flame thrower, a machine gun and plastic explosives.
There are also abilities for your suit, such as the double jump and the run ability.

-Energy system:
Instead of an ammunition system, the game uses an energy bar system which decreases with every weapon or ability you use, but it recharges automatically over time.

You will find energy cells around the map or after defeating enemies. You can use those energy cells in workshops scattered all over the colony to upgrade some weapons or your energy generator, so your energy bar reloads faster.
You can also farm for energy cells by revisiting previous areas for as long as you wish.
There is no limit on the upgrade system, so you can end up with incredibly powerful weapons, so no matter how difficult the game gets for you, you can farm and upgrade your weapons to the point where you have no rival.

You have a basic map of the colony which shows your location. You can use it to find secret areas in the colony.
-Non linear game style:
You can re-visit any area of the colony and use your new weapons and abilities to access rooms or areas you could not before, so you might find power ups or weapons.
Also, further on the game you can do several objectives in any order you like.

Who doesn’t like explosions? There are LOTS of explosions!
A big part of the addictive playability is due to the fact that there is a very elaborate combo system with the explosions, chain reactions, friendly fire, etc.
It is really advised for the player to master the explosions dynamics early in the game to make use of them efficiently and improve the game experience.

Welcome back to the past, when you really had fun with videogames.
Welcome to Mars…

Get behind the cockpits of the best helicopters in the world – from the classic machines of the 1950s to the modern gunships of the 21st century. Play missions with your friends and compete with players from all around the world in various multiplayer modes! You will be able to take part in a dynamic battlefield where you’ll support the movement of ground forces that fortify positions and create supply lines.

THE RETURN OF HELICOPTER COMBAT GAMES
Heliborne marks the great return of a nearly forgotten genre – helicopter action games! Here you’ll get to dive into historical conflicts, explore maps inspired by real-world locations and engage in ruthless air-to-air and air-to-ground combat.
By flying over 40 helicopters distributed over 3 different classes you’ll fight other pilots as well as tanks, troops, and anti-aircraft artillery. You will test your skill in multiplayer modes, such as Skirmish (King-of-the-Hill style mode) or Frontline (as bases are captured by players, ground vehicles spawn in convoys and move across the map to fortify bases and positions), or play alone the new single player missions.
In Heliborne we wanted to to faithfully recreate the realities of armed conflicts and produce a gameplay model that is both dynamic and realistic. You will also get the chance to learn more about the development of rotary-wing aircraft. The game shows different historical periods, focusing on the technological innovation which changed helicopter combat over the years. For example, the load-outs for each helicopter are based entirely on weapons systems that ware or would have been employed in active combat theaters and operations. You won’t see a weapons load-out on our helicopters that is not historically accurate!