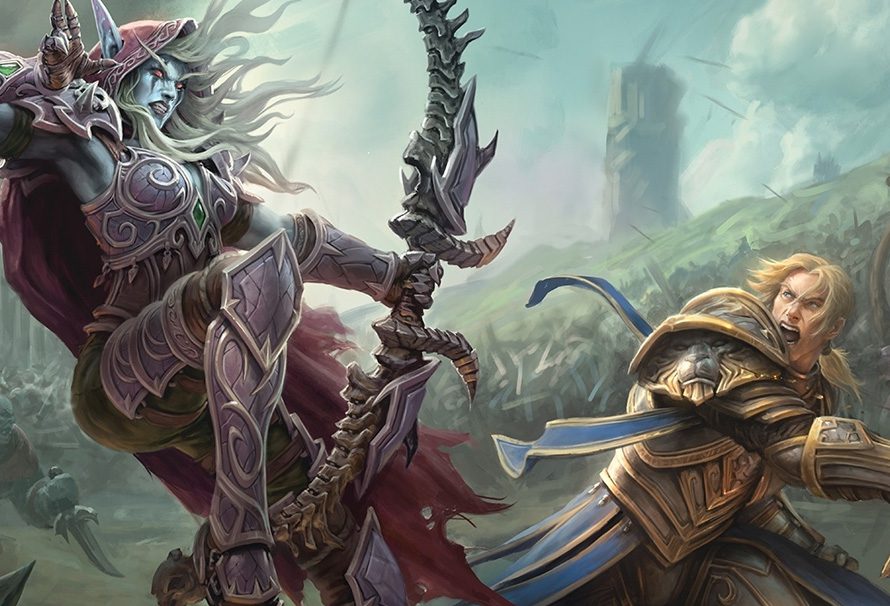 World of Warcraft: Battle for Azeroth is fast approaching, with the pre-patch dropping in the US tonight and in Europe tomorrow. Filled with more battles, fights, and adventures, it’s going to expand upon one of the most continually popular games in the world and build upon the huge success of the most recent expansion, Legion.

In anticipation of World of Warcraft: Battle for Azeroth’s release, we thought we’d look at the main playable races available to you in the game, and do what we do best; put them in order of goodness.

Maybe you’re looking to come back after a break, looking to level an alt, looking to dive in for the first time, or maybe you just want to argue about Warcraft races.

Note: We won’t be counting allied races in this list, just the main races you have access to as a player who owns all the expansions.

Would anyone be upset if Goblins were removed from World of Warcraft? Featuring not only the worst (and longest) opening zone in the game, Kezan, but also managing to be the thorn in the foot of the Horde ever since they joined up. Goblins are their own and everyone else’s worst enemy if only for their utter fixation on profit over all. Think Ferengi but in a fantasy setting and you’re halfway there, but even the Ferengi managed to grow and learn a bit, Goblins haven’t learned a damn thing so far.

Dividing their time between looking at trees and telling people off for using magic, the Night Elves are the second oldest race on the planet of Azeroth and they’ve filled the role of protector for the planet during this time. Obsessed with locking up poor old Illidan and with thinking that Malfurion is a good druid despite forever being kidnapped by the Emerald Nightmare, these purpley-blue Elves need to up their game in future expansions.

The roundest race on Azeroth, they’re unique in that they can join either the Horde or the Alliance. Bouncy and fun, they basically had peace for centuries until we all turned up on their shores and caused them a heck load of trouble. They’re only so far down this list because their impact so far has been pretty low, outside of Pandaria.

So far one of the few races not to appear in a World of Warcraft opening cinematic, the Gnomes are the forgotten children of Azeroth. Masters of technology and squeaky voices, they’re basically little humans. Well, little humans with strangely coloured hair and a penchant for goggles that is. They’re fairly far down this list because they’re fine, not bad, not good, just fine. They’re alright.

Blood Elves, when they were announced, looked to be a way of getting people in to play the ‘ugly’ Horde by throwing them a pretty elf bone. Since then their story has been compelling, interesting, and filled with redemption and Lor’themar. Highlights being taking down their own leader in Tempest Keep and freeing the Naaru that powered their dark paladins.

Another shoe-less race, but this time they’re giant cow-people who like to smack other people with whole trees. That alone means they can never be marked down too far in this list. They’re also home to some of the best characters in the game, especially good old and sadly departed Cairne Bloodhoof, RIP.

The space goats are a race of intergalactic light worshippers who’ve cruelly been bounced around from tragedy to tragedy. We met them back in Warcraft 3, but they were later retconned to only be a sub-race of the Draenei and we met their full goaty forms in The Burning Crusade expansion for World of Warcraft. They’re big hammer wielding folk and they only got better with the Warlords of Draenor expansion. Absolute units.

The poster children for Blizzard and the Warcraft franchise, they’re not your normal orcs. These are noble orcs who have been cruelly used by various masters to evil effect, and only now are living free and working towards their own destiny. Still savage but with a spirit above that of their traditional representation, these orcs make up the backbone of the Horde and without them there may have never been salvation for the Horde races.

Honestly they’re Dwarves, like you see in many other fantasy worlds, but Dwarves are brilliant. Ironforge, their home city, is also one of the best looking places in Azeroth even now, many years after its inclusion in the original World of Warcraft. Anywhere you go on Azeroth you’ll find Dwarves, fighting for all that’s good and right in the world, or just having a lovely drink. They’re almost the best, and would be if there weren’t…

The Forsaken are less a race than a collection of free folk. After the Scourge brought undead terror to the planet, Sylvanas Windrunner, a former undead thrall to the Lich King freed herself and many of her undead kin and lead them to Lordaeron to live out their days. They’re a cursed race, a race that cannot reproduce, a race destined to die out unless something happens. Their tragic back – and current – story is why they’re the best and most compelling race in the game, and also are behind much of the events that’ll be happening in the upcoming expansion. The Forsaken are the best. Death to the living!