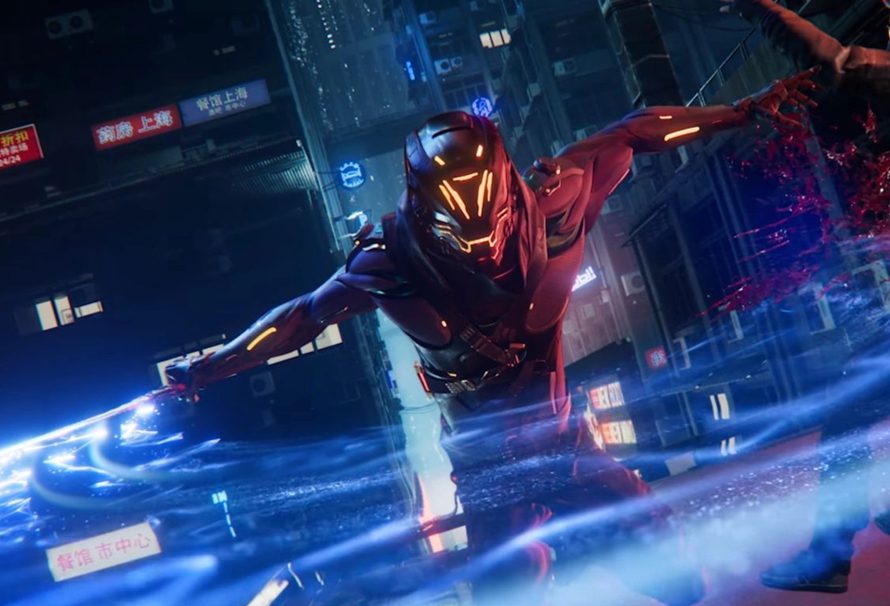 It’s going to be a very cyberpunk heavy year with multiple releases encapsulating the ever-evolving genre. Cyberpunk 2077 being one of the most anticipated games of the year, however, games such as the upcoming Ghostrunner are set to earn your admiration too with interesting mechanics, glorifying combat, and a breathtaking foreboding futuristic setting. Developed by One More Level and published by All In! Games, Ghostrunner is a game which should definitely be on your always-expanding radar this year.

The story and setting

Ghostrunner takes place in the hauntingly grim and ominous ‘Dharma Tower’; where your heartbeat will soar as you traverse the tower with omnipresent alluring neon lights reflecting off the soon-to-be bloodstained metallic surfaces. Dharma is now humanity’s final refuge after a devastating and “world-ending” cataclysm occurred. You will take on the role of a “cyber-warrior”. Your one true purpose will be to climb the tower from its impenetrable roots to the peak. Eliminate enemies along the way with brutal efficiency and discover more about yourself, unearthing the secrets of Dharma itself.

You are tasked with taking revenge on the despotic ‘Mara’, crowned as the ‘Keymaster’ of Dharma. Under Mara’s rule, the city-like dystopian tower has fallen into ruin with people fighting for their own survival with limited and dwindling resources. The people of Dharma are oppressed by the overshadowing and flooding chaos which flows through the veins of the tower. Shackled by the piercing chains of Mara’s rule. Those who cannot fight are simply torn apart by others who have more overbearing power. In order to save humanity from extinction, you will need to ruthlessly tear Mara from the decadent summit of Dharma.

The gameplay — Parkour, blood, and katanas, the best combination!

The gameplay of Ghostrunner has a distinctive spark which emits effusively from the streets of Dharma. This spark is generated by combining both fluid and adrenaline-inducing parkour with satisfying combat. Ghostrunner can be described as being the result of Mirror’s Edge and Superhot when amalgamated together. The lightning-fast reflex parkour aids the intense and stylish slicing of your katana. The tower is filled to the brim with lethal traps which can bring your climb to a complete halt. Enemies shield your path ahead to Mara like the 300 spartans defending Thermopylae. Break their defences by utilising your ability to slow time and plan your next life-ending slice to your foes or use this vital ability to navigate through traps like flowing water as you effortlessly avoid a spinning fan or other pernicious traps.

Although you may feel invincible while wielding the katana, you are the polar opposite of invincible. A single hit can bring you to your bloody and inevitable end. The citizens of Dharma seek to hunt you down for the technology which has been implanted within you, and it is vital that you understand the nature of why the tower is the way it is and what is the paradigm shift which will change all of it. The one-hit kill feature keeps players on edge as their blood pounds with the beating of their heart as they seamlessly dodge the bullets being expeditiously fired at them.

While you play, you will be sure to feel an intense sense of adrenaline but relish in every action you make. You decide how best to go about dispatching of your foes with the ‘monomolecular’ katana and by using other malignant methods. The title of ‘cyber-warrior’ is exceptionally accurate. There is more than meets the eye to Dharma so while playing you will be sure to encounter various aspects of lore which give you a further fleshed-out understanding of the tower. Dharma is your chaotic playground and there’s no better a place to save humanity than a place which ebbs and flows with chaos and suffering.

Ghostrunner is set to release later this year for PlayStation 4, PC, Nintendo Switch and Xbox One. Delivering a sure-to-be satisfying, hardcore, and thrilling experience into the hands of gamers around the world. Will you be picking up Ghostrunner? Let us know in the comments below and head over to the Green Man Gaming Community site to see what other gamers have to say.