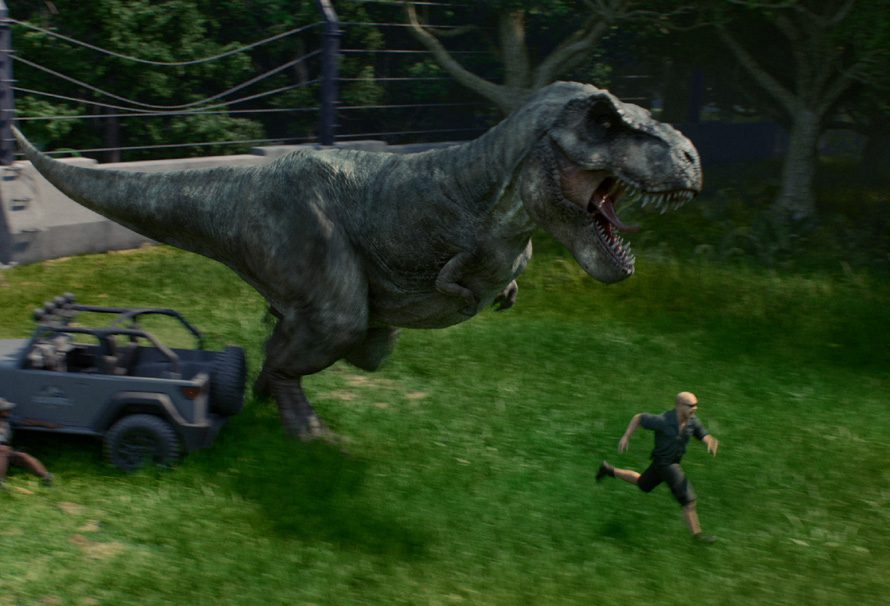 Jurassic World Evolution is fast approaching and as the next game by rollercoaster and space wizards Frontier it aims to do for dinosaurs what Frontier did for rides. If you know anything about Frontier, you know that they do rollercoaster and theme park games very well, so it seems almost too good a fit to give them the holy grail of videogames: dinosaurs. Here’s what you need to know about the game before it comes out:

This information will be updated as more details are released.

Jurassic World Evolution is coming to PS4, Xbox One, and PC on June 12.

Recommended Specifications have not been released at this time.

Jurassic World Evolution is a park building simulator where your goal is to build and maintain a successful Jurassic World park. Set across several islands, you’ll be building a huge park to entice, enrapture, entertain, and hopefully not engorge your dinosaurs on park visitors. The game features scenery alteration tools so it’s possible to make your park the way you want it. Previous islands can even be revisited and rebuilt, so it’s possible to change and evolve your park across the islands as you discover new dinosaurs, build new buildings, and further your dino-research.

More information about the game itself can be seen in the Develop Diaries released by Frontier, the first of which can be seen here:

Building your park isn’t where the simulation ends, you have to create dinosaurs too. Much like the original Jurassic Park you don’t have the full DNA strands to be able to resurrect these titans, so you’re forced to splice in DNA from current creatures, like frogs or lions to fill the gaps. This has effects on the dinosaurs which you create, meaning some may be more docile, be more aggressive, or find ways to breed uncontrollably. You will also need to gather the initial DNA by exploring real world dig sites around the world to discover pre-historic amber for your laboratories.

Dinosaurs confirmed so far are:

You may also be pressured to create dinosaurs for military and security purposes, which leads us on to:

Three departments offer you missions throughout the game, Security, Science, and Entertainment. They are optional, but each department offers rewards that makes them enticing. They also change the way you play, for example the Security department may demand more violent dinosaurs, whereas the Science department may ask you to spend time and money on developing serums and vaccines.

Yes, Jeff Goldblum is back as Dr. Ian Malcolm, and he has a few wry things to say on the nature of tempting fate as you bioengineer your way to your own Jurassic World.

Jurassic World Evolution is currently scheduled for a June 12 release, and we’ll be updating this article with all the dinosaur information we can get right up to release.