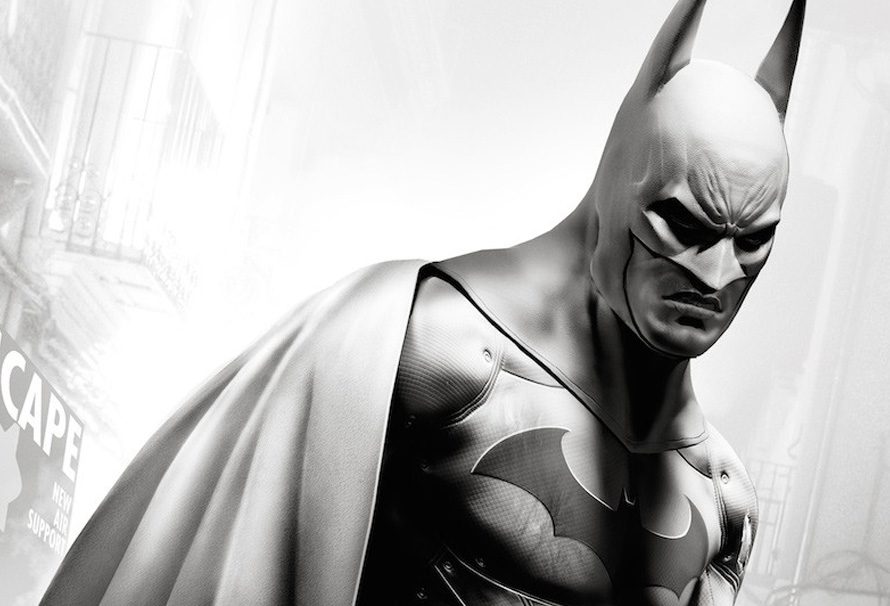 Green Man Gaming is 8 years old, and that means one thing (other than sales), it means looking back at the last eight years and remembering the absolute best of gaming since 2010.

So let us use the magic of memories to travel back in time to the distant days of 2010, and look at the 8 best games, one from each year.

StarCraft II hit back onto the scene in 2010 with the first in the new StarCraft trilogy, Wings of Liberty explored the Terran side of events in the Koprulu Sector, years after the Zerg had invaded and Sarah Kerrigan had gone a bit wrong. StarCraft II shows just how much the team at Blizzard have learned about game design in the years inbetween StarCrafts, as it’s a finely crafted single player where each level is basically a minigame in itself, and the multiplayer is fast, frenetic, and as tactical as ever. It’s a masterpiece of RTS design; Blizzard is never better than when they’re RTSing.

Batman: Arkham Asylum surprised everyone by being an amazing game, something rare for comic games (anyone remember Superman 64 or Spider-Man 2 on PC?). Arkham City is that even rarer thing, a sequel that improves on almost everything whilst also increasing the scope. Set in a section of Gotham which has been given over to be a giant open-air prison, it’s a game that directly puts you in the boots of Batman, and makes you feel more Batmanny than anything else. Swooping over the city, brooding on a gargoyle, beating up some thugs, investigating a murder, it’s all there and it’s all Batman to the max. It’s an astounding achievement, and a game that holds up perfectly even now, seven years on.

Let’s ignore the ending, because frankly it has some issues. The rest of the game though is an absolute riot, being at the same time a roaring rampage of revenge against those damnable reapers, and also being heavy on some of the most emotional and wonderful moments seen in videogames. Anyone who’s a fan of Thane, Garrus, Legion, Tali, Grunt, or Mordin, will have perfect endings to all their stories. Even if those endings are utterly heart-wrenching and terribly sad at times. Whilst there’s some annoyances to be had with some story moments, the game as a whole is a great sendoff to one of the best scifi series of all time. Mass Effect 3 even has great multiplayer, and no-one expected that.

We all knew Naughty Dog had it in them to mix action and adventure, but could they mix action, stealth, and emotions? Turns out in The Last of Us, they more than ‘can’, they absolutely excel in it. From the explosive and heartbreaking intro to the controversial end, The Last of Us never lets up on taking your feelings and playing with them. Set over the course of a year, Joel begins his journey resenting Ellie, accepting Ellie, and eventually protecting and loving Ellie, and it’s bittersweet and sad and beautiful throughout. The Last of Us is that rare thing, a cinematic game that does cinema better, and we’re blessed to have got to play it.

Platinum know how to do many things, but the thing they’re absolutely best at is third person action combo games. Bayonetta was the game that never stopped escalating, and Bayonetta 2 is that but…more. With a lot of wit, a lot of humour, and some brilliantly controlled precision combo action, Bayonetta 2 is one of the best action games ever made. It’s just such a shame that it only ever came to the Wii U, but we hold out hope that one day it’ll be slapped onto PC and we can stuck into beating the crap out of some…everything.

Honestly there’s nothing much more you can say about The Witcher 3 that hasn’t been already said, everyone’s talking about it still, even three years later. After two excellent but troubled games, CD Projekt Red finally hit it out of the park with The Witcher 3: Wild Hunt. With a stunning open world and quests that always subvert your expectations, there’s so much to The Witcher 3 that it feels like the game that never stops giving. From the bustling city of Novigrad to the Skellige archipelago, it’s just a beautiful and wonderful place to spend your time in. Before you kill a load of monsters and then have a drink in the local tavern, of course.

Probably the most affectionate send-off a character has ever had, Uncharted 4: A Thief’s End is a long goodbye to one of the last decade’s best characters; Nathan Drake. It’s not only a great action game filled with engaging combat, puzzles that actually require some thought, and the best set pieces since, well, Uncharted 3, it’s also a deconstruction of what it means to be a rogueish adventurer and what that means once the adventure stops. With a huge and great cast of voices and a plot that takes Drake on a journey to find out who he really wants to be, it’s again, something to make you have a little cry when the credits roll.

After the Wii U, people were happy to call time for Nintendo. ‘They’ll never top their former success’ people said, ‘it’s all over for Nintendo’, but then the Switch came out and the games are astounding, and there’s none more astounding than The Legend of Zelda: Breath of the Wild. Taking a cue from open world RPG design, it’s a true sandbox with huge breadth of possibilities in it. Everything is meticulously modelled from the terrain to the weather to the interactions of enemies, meaning it’s left up to the player to experiment and see what they can make work. The game is constantly surprising in what it lets you do and what interactions work, giving you true freedom in a way that few games attempt, let along accomplish.

OK so the year’s only five months old, but a strong contender for the game of 2018 is God of War. Again, it’s a game that far exceeded expectations. Seeing some of it at E3 the common consensus that it was going to be little more than The Last of Us: Greece. It’s blown everyone out of the water with how its combat is impactful and feels utterly brutal,  the interactions with the world and how the combat fits into that, and the story itself being poignant and showing another side to Kratos. A side we didn’t expect. It’s hit the world with incredible reviews, and is looking like an absolute classic. Also you get to beat up a load of Norse Gods, which frankly is about time.

So those are what we think are the best games of the last eight years, let us know in the comments below if you agree or disagree with these picks. Also join in the party over on our 8th Birthday Sale and celebrate with us.