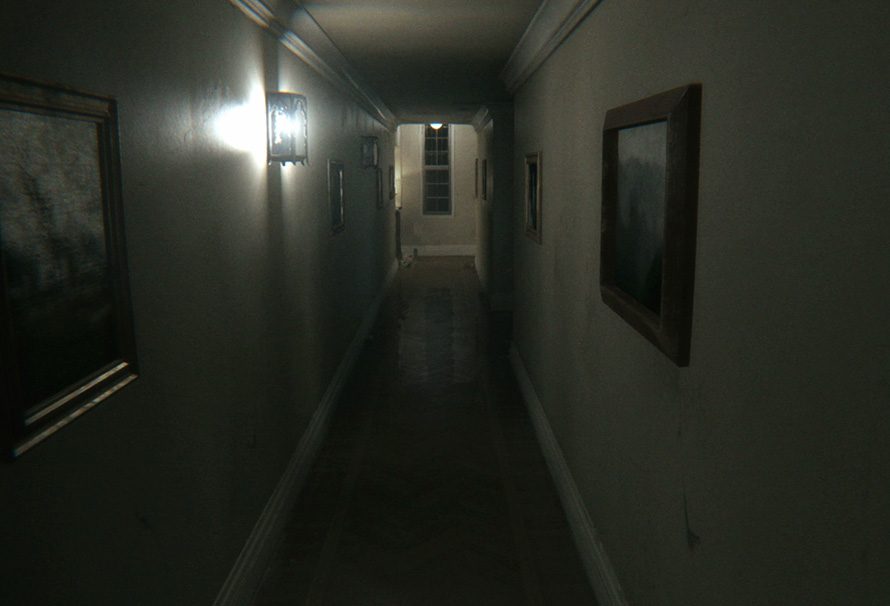 P.T. was the Playable Teaser for the now cancelled Silent Hills. Released to no fanfare and then turning into a brief but powerful horror juggernaut, this game was originally a teaser for the planned next step in the Silent Hill series. Directed by Hideo Kojima and Guillermo Del Toro, this was going to be a revitalisation of the sadly defunct series.

As we all know, these plans came to nothing in the end.

Green Man Gaming can announce that we a hidden source embedded deep in the Silent Hills creation project has leaked the movie script for a planned P.T. adaption, and for the first time ever we’re sharing this with you.

The Haunting of P.T. House

EXT. A SPOOKY HOUSE, THE PRESENT

The camera pans up on a house, it’s definitely spooky. We can barely see through the windows but something flickers behind them. A sign in front of the house reads ‘P.T.’. Creepy music plays and the camera moves towards the house and we:

A haggard, nude man lies on the floor. The creepy music stops and:

That’s me. Silas Hills. I don’t know how I got in this situation

but let me tell you, I’m unhappy about it. This is one hell of a

creepy, spooky house. And I want out.

The camera spins around and we see a door.

SILAS HILLS gets up off the floor, opens the door, and the camera pushes through the empty doorway:

A young woman is happily dancing down the corridor in the spooky house (before it got spooky).

She won’t be happy forever though, because the house

is about to get really haunted and spooky.

brilliant and I love it a lot! I hope nothing bad ever happens!

The house shakes and shudders, a fridge falls from the ceiling as the upstairs kitchen crashes through the floor, flattening PATRICIA THOMPSON.

Well this is a bugger.

SILAS HILLS is walking down the corridor, still naked, and the house is real spooky now.

I feel like I’ve walked these corridors a thousand times.

It never changes, except maybe it does, sometimes.

But all I know is, I have to find my way out of the spooky house.

SILAS HILLS walks down the corridor, a baby is heard crying from a bathroom door.

Opening this door seems stupid, but it’s the only door that’s

open at this stage of the movie.

SILAS HILLS reaches out and opens the door. The camera pans into the empty space and we:

THE BABY is yelling in a basin.

Nope, this is fucking weird.

SILAS HILLS leaves the bathroom. The camera pans to the door and we:

A GHOST is creeping along the creepy corridor, SILAS HILLS is examining a picture that says ‘X’ on it.

Agh! A ghost! In this, a creepy house.

and how to stop me!

The camera pans through another door and we:

INT. CORRIDOR, A NICE HOUSE WITH A BLOODY FRIDGE IN THE FOYER

PATRICIA THOMPSON’s corpse is smushed under the bloody fridge. The door of the fridge creaks open and THE GHOST walks out.

Oh heck I’m a ghost now, and my corpse is inside this fridge.

Just like my corpse, I’ll make sure anyone who enters

this newly haunted house will never be able to leave!

Also there’s a baby here for some reason.

The camera pans over to the fridge door and we:

SILAS HILLS wakes up from his fugue state and glares at THE GHOST.

SILAS HILLS runs over to the bloody fridge which is still lying in the middle of the house’s foyer, which he’s been ignoring for the entire time he’s been in the house.

As he tries to pull the door open, THE GHOST emerges from the fridge, scary tears pouring down her face.

inside this big house. Please don’t let me out.

Don’t worry, I’ll let you be. Just let me leave

The big doors to the house creak open and SILAS HILLS starts walking to the door.

Just please, don’t tell anyone about me.

I won’t. There’s a reason they call me Silent Hills.

SILAS HILLS walks off into the dark of the night still in the nude. The credits start scrolling up the screen as ALL STAR by SMASH MOUTH starts playing

The credits end and we:

SILAS HILLS is lying on the cold stone floor