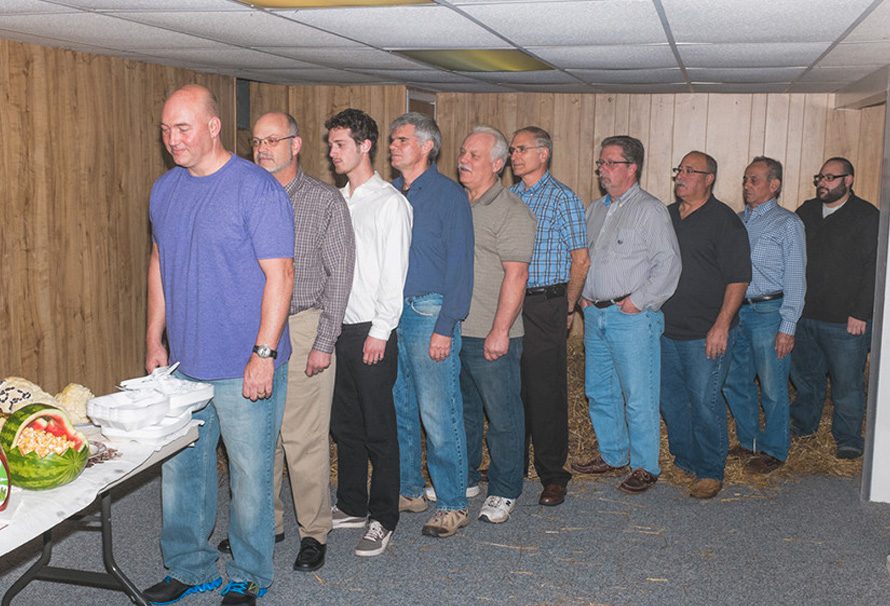 Father’s Day falls on Sunday the 17th of June, and what better way to celebrate than to let your dad have a play of some games for once, go on, stop hogging that controller.

Despite killing his entire family pre-the original God of War, he’s back with a son in the latest in the ‘smash some gods in the face’ series. Determined to do it right this time, Kratos heads North with Atreus to spread the ashes of Atreus’ mother and well, smash some monsters with his axe. This game is all about Kratos finally learning to control his rage and how he’s made a new start on life, hopefully making a better life for young BOY.

Barrett would do almost anything for Marlene, who isn’t his biological daughter but who has been living with him in Midgar for years. Barrett’s the model of a conflicted father, he wants to be with his daughter but understands that if he doesn’t fight for what’s right, even if he protects Marlene now she won’t have a world to grow up in. It tears him apart but he does the right thing, even though it’s not what his heart demands of him.

Haruka Sawamura becomes an orphan during the first Yakuza game, so who better to take her in as his foster daughter than Walking Man o’Punches, Kiryu? That’s right, ya boy has a daughter, and it’s due to his care and love that she grows into a strong, confident woman. That and she’s a playable character so it’s technically *us* that helps her grow up.

Joel – The Last of Us

You can tell through the interactions Joel has with Sarah that he’s a loving father and he cares deeply for her. It’s this which makes it absolutely heartbreaking when she loses her life just minutes into the game, and no surprise that Joel’s crusty outside is broken through by surrogate second-daughter, Ellie. He’s a good dad, all in all, even if he does kinda sacrifice the future of humanity for Ellie.

If you ever thought that your dad was big and strong, then imagine if your dad was Subject Delta. He’s an absolute unit. The first Big Daddy, he bonded with Eleanor Lamb and they formed a father-daughter bond which survived decades, and also survived Subject Delta being quite quite dead for a while. Despite their chemically induced bond, or because of it, you can tell they both care for each other, and it’s this which propels Subject Delta through Rapture’s creaky tunnels.

Eli did something almost impossible, he formed a resistance and raised a daughter, Alyx, all during a time when the planet was under alien invasion. You try doing that, I guarantee it won’t be a cakewalk. He’s unique in videogame dads in that whilst yes he’s protective of Alyx, he also understands that she’s a vital piece of the resistance and keeping her at home won’t solve anything. So he sees her off on missions, but as events play out, maybe it was him that needed protecting.

This only applies if you choose male when setting up your character in Fallout 4, but if you do then hey, you’re a dad. Except you’ve lost your child, which lets face it isn’t *great* dad behaviour. It’s technically not your fault as you were mostly frozen at the time, but that’s not much of an excuse, especially as instead of hunting down your son you spent the next seventy-six hours shooting supermutants and talking to robots. But hey, at least you get a fur-child in the form of Dogmeat.

Ah King Granseal, another absent-minded father. He watches his only daughter get abducted into a hell-dimension, and then spends the next few years ignoring his responsibilities as he searches for a way to get her back. It’s understandable that he’d be driven to recover her, but he’s still a King and that crown doesn’t come off for anything short of a guillotine. Eventually they are reunited, no thanks to him though.

If there’s one thing you can say in Ethan’s defence as a father, it’s that he really, really knows the names of his kids. Even if he is a bit absent minded with their locations, is Jason down the back of the sofa, has Shaun fallen into a sewer, who knows? But Ethan knows one thing, it’s that he can press X to Jason.

Nathan Drake goes through a lot, but it’s what he puts other people through that really defines this character. He tries to do the right thing but usually ends up hurting those around him along the way. Eventually, after a lot of soul searching and world travelling, he does realise what’s most important to him and finally sort-of-settles down with his wife Elena and daughter Cassie. A beautiful and fitting end to a wonderful series.

Here’s our video summary of some of the best dads, pops, and fathers in the world of gaming:

So that’s some of the dads you can see in videogames near you, who’s your favourite dad in a game? Let us know in the comments below.