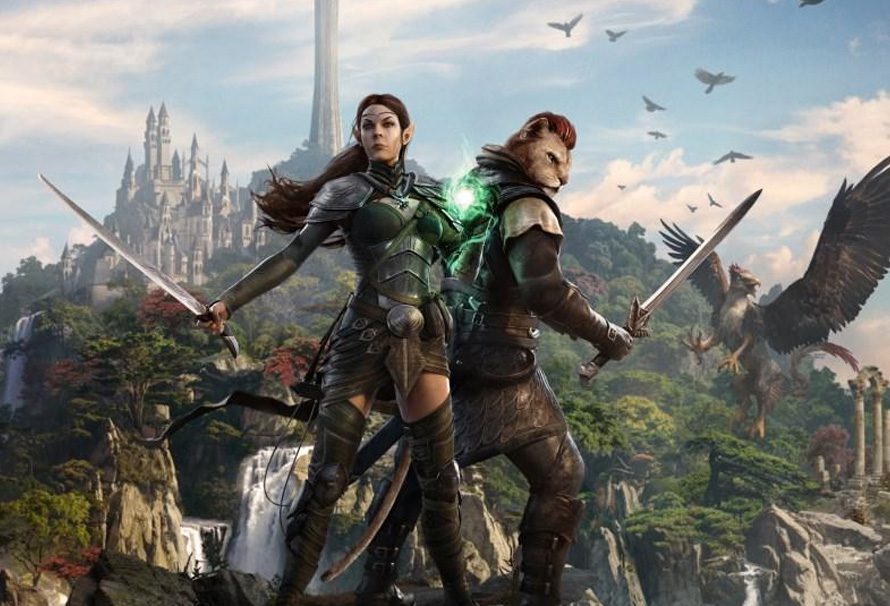 You’ve seen the news about The Elder Scrolls VI but you’ve been disheartened by how far away it is from release. You’ve decided that instead you can hop onto The Elder Scrolls Online and see what it’s like, you’ve been hearing good things recently and during Bethesda’s E3 2018 conference it looked pretty good.

You’ve picked it up, you’ve installed it, and now you’re sitting at the character creation screen and you’re asking two questions, what’s the best class, and what class to play?

Don’t worry, sit yourself down and pour yourself a hot drink. We’ve got the answers for you, here’s an overview of each class, and a class guide of what kind of fantasy each one fulfils.

Firstly, do remember three things that are unique to The Elder Scrolls Online classes; they can use any weapon, wear any armour, and they can fulfil any role (if set up correctly). Whilst we’ll mention the roles they’re suited for, but if you decide to be a healing, plate clad, Nightblade, then you go for it.

Dragonknights specialise in either a damage or tank role, and they’re extremely fire-focused. Their three skill trees, Ardent Flame, Draconic Power and Earthen Heart all focus on different aspects of being a Dragonknight. Ardent Flame is a damage dealing specialisation, with damage-over-time effects and fire damage being core to the line. Draconic Power features area-of-effect and crowd control abilities, and Earthen Heart offers debuffs, crowd control, and other damage mitigation abilities.

Basically if you’re looking to be a tank or live the classic warrior fantasy, then the Dragonknight is probably where you’ll look. If you’re looking to smash some enemies with a warhammer or take every bit of damage and keep on swinging, then this is the class for you.

The Nightblade fulfills a role similar to rogues or thieves in other, more traditional games. With skill lines that focus on stealth, speed, and stabbing, they’re the best class if you’re looking for a bit of the old silent murder.

Like all other Elder Scrolls Online classes, they feature three distinct skill lines. Assassination features damage and debuffs that cripple your foe, Shadow deals damage via area-of-effect skills and crowd control abilities, and the Siphoning line sees you dealing damage, albeit slower, but also moving into a more support role.

If stealth is your thing and stabbing is your game, Nightblade will be the best class to fulfil that sneaky sneaky stabby stabby rogue fantasy. For a brief look at the Nightblade, check out my recent playthrough of the start of the latest chapter, Summerset:

The Sorcerer is your magic user, summoning daedra from Oblivion to assist them in combat and controlling the weather to deadly effect. Their three skill lines focus about how they use these twin abilities of summoning and the storm magic that fuels them. Daedric summoning is a damage and crowd control specialisation, with daedric pets that can assist the player. Dark Magic is a healing line which heals, removes conditions, and stuns enemies. Storm Calling, their final line, is entirely based around damage and area-of-effect abilities.

If you’re looking to be a mage then the Sorcerer is your one-stop-shop for everything magic related. Blast your enemies from afar, summon daemons, or heal. Its all here.

Similar to paladins in some other games, the Paladin calls upon the power of the sun and light to deal damage or heal allies. Like the other classes they can be focused on damage, healing, or tanking, but unlike the other classes they have more defined roles through their skill lines. Aedric Spear is a damage class, using light to destroy and interrupt enemies. Dawn’s Wrath is a support line with a heavy focus on burst damage, debuffs, and adding conditions to enemies. Restoring Light is a tank and healing class, protecting your allies whilst you heal them.

If the idea of being a stalwart warrior of the light, standing toe-to-toe with darkness appeals to you, then the Templar is the best class for you in the Elder Scrolls Online.

The first of what hopefully will be some more new classes added to the Elder Scrolls Online, the Warden was added in the Morrowind chapter. A nature class that is a decent all rounder across the board, the Warden can be easily configured to fulfil any role. Their three skill lines focus on ice, nature, and summoning animal companions, so if you’re playing the Elder Scrolls Online and see someone running about with a giant bear; they’re a Warden.

Their Winter’s Embrace skill line is their tanking role, featuring ice damage and protection for yourself and allies through frosty magic. Green Balance is a healing and support tree, using the power of nature to enfold your allies in its healing embrace. Animal Companions summons creatures to fight by your side and boost your damage output as you slaughter foes together.

Overall the Warden is the class for you if you’re missing playing a hunter, or a druid, or just like freezing your foes.

That’s all the classes that are in the game right now, and as you can see there’s something for everyone in the Elder Scrolls Online, and we’re hopeful that more classes will be added in the future – there’s rumours and rumblings of a Battlemage class being added at some point.

Are you going to play The Elder Scrolls Online? If so, what class will you choose, or if you already play which one do you already play? Let us know in the comments below.