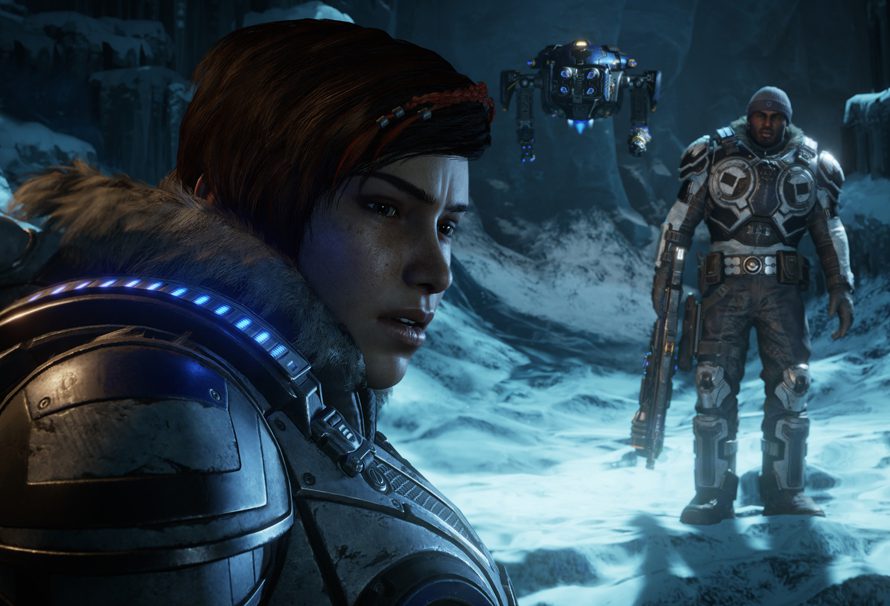 Over the years the Gears of War franchise has offered players hours upon hours of content to get stuck into. Everything from challenging campaigns, competitive multiplayer, horde mode and more. Not only that, there’s also two other areas that the franchise has always been good at, and that’s collectibles and achievements.

It started with cog tags – gears’ version of dog tags, and the Seriously 1.0 achievement which needed you to get 10,000 kills in multiplayers matches. Since then, they’ve evolved to include more ridiculous versions of ‘Seriously’ and the collectibles expanded to include documents and files with lore attached to them to build on the world of Gears of War.

The Gears 5 collectables and achievements are no different. With over 90 different items for players to find and the base game featuring 68 achievements for the completionists amongst us.

Across the 4 acts of the campaign collectable items in Gears 5 are split between a few different types, cog tags, files and documents. Then you have other items like glasses, watches, pictures and more. But probably the most fun Gears 5 collectables to squire are the Relic Weapons, of which there are 17 to collect. Mainly because these actually have an impact on gameplay and provide you with new and exciting versions of Gears 5 weapons that mostly cause maximum devastation in a typical Gears of War fashion. I want to share with you some of the best ones! For the completionists out there Relic weapons are worth tracking down as there are some Gears 5 achievements tied to them.

This changes the Boomshot to hold three explosive rounds and lets you fire them all by holding down the trigger. Which means you can deal massive damage in a short amount of time – perfect for when the Locust start to swarm you.

Normally I’d say that bigger explosions are better. HOwever, in the Torque bow’s case the relic version removes the explosive tip. In exchange you get a much quicker reload time. If you’re accurate with headshots then this bonus can prove deadly.

The Lancer is an iconic weapon. When you think Gears of War you think of chainsaw assault rifles. You therefore cannot have a list of best weapons without it. The Lancer Relic gives players the ability to perform a rifle-butt that stuns enemies, setting them up for the kill with the weapons chainsaw. We all want more chainsaw action in Gears and this is the perfect weapon to help you do that.

What could possibly make a shotgun more destructive, why, making it automatic of course. If you’re looking to clear out enemies when you’re in a tight spot the Overkill Relic will gladly assist you.

When it comes to Gears 5 collectables, you’ll be kept busy for hours searching for them all. The Relic weapons are just there to make that journey a little more interesting.