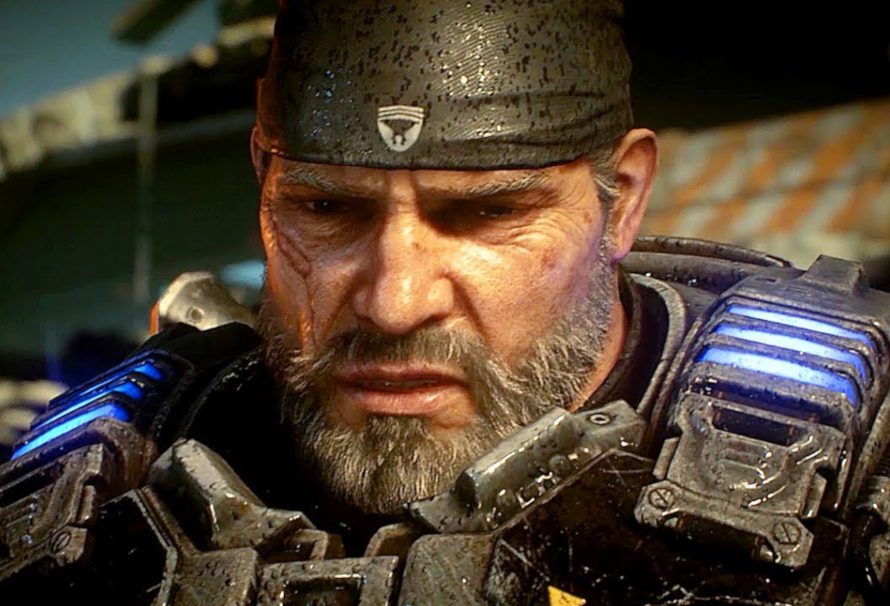 Gears 5 multiplayer is arguably one of the best things about Microsoft’s fifth entry in its ultra-violent, cover shooter franchise. Rife with different modes and challenges, we’ve got everything you need to know about Gears 5 multiplayer, Gears 5 ranks and the Gears 5 ranking system. Lancers at the ready!

Skill Cards – What Do They Do?

One of the biggest changes to Gears 5 multiplayer is the inclusion of a new skill card system, as it provides a number of rather nifty buffs and upgrades to whichever character you assign them to. Limited to the Horde and Escape modes, these cards can be earned by simply using the same character over and over in these modes and can provide a range of useful bonuses from improving your fortifications to providing a much-needed boost to your final score.

What Modes Are There?

More than any other games in the series, Gears 5 multiplayer offering certainly does not skimp on content. Broadly speaking, there are three separate, very different categories of Gears 5 multiplayer modes and they each offer a series of smaller game types within themselves.

Arguably the most traditional of Gears 5 multiplayer offerings, versus mode assembles many of the multiplayer game types seen in previous Gears titles. Folks who like to indulge in Ranked play will discover the usual King of the Hill and Team Deathmatch modes, but players who haven’t gotten into a Gears title for a while might be surprised to come across Escalation (like King of the Hill but you have to find your weapons) and Guardian, where you must murder the leader of the enemy team.

The cherry on the cake of all the versus modes on offer, and clearly deserving of its own category in this article, is the arcade mode which is new to Gears 5. A neat riff on the adversarial five-on-five deathmatch mode, Arcade Mode is essentially the closest that Gears 5 multiplayer has gotten to a hero shooter.

Each character that you can choose from has a set of passive skills that, in true hero shooter fashion, make them unique from any of their fellows. One character might have improved movement speed, while another boasts increased damage mitigation, for example. Where things get really interesting, however, is in the upgrade system that arcade mode leverages.

With each kill, you gain skulls that can be traded in for better weapon upgrades. The kicker though is that rather than having to wait for some shop to spawn, or for the end of the round to arrive, you can quite literally upgrade your weapons on the go – allowing you to turn the tables on foes who might, for a short time, boast superior firepower.

Elsewhere, Gears 5 multiplayer brings back horde mode, arguably one of the franchise’s most beloved and recognised game types. The basic premise of horde mode remains the same in Gears 5 multiplayer – you (and some mates) must survive waves of Locust, build fortifications after each wave has been dealt with and then deal with a big bad boss that appears every tenth wave.

Where things are a little more sophisticated this time around, is in how Gears 5 multiplayer-focused horde mode doubles down on the class system that made its debut in Gears of War 4. This time, fortification construction can only be achieved by the Offense and Engineer classes, while a new Scout class places an emphasis on stealth, a Tank class does what it says on the tin, the Support class provides a mixture of battlefield support and combat possibilities.

Now more than ever before, success in Gears 5 is dictated by the class and role-based synergy that your team has, as much as it is their ability to pull the trigger and hit their target on command.

A neat Gears 5 multiplayer mode with a difference, escape mode is entirely new to this latest entry in the series. Escape mode is a co-operative based mode for up to three players that begins folks off in a somewhat grim set of circumstances. After you and your human buddies claw your way free from the inside of a Locust egg sac, you must escape a massive complex and reach an escape helipad, killing waves of Locust along the way.

If escape mode seems similar to horde mode, it really isn’t. First off, while waves of Locust do try their best to kill you and your mates in quick fashion, you don’t have actually have to fight every group of foes that you see – as the option to sneak past them exists in many cases. Secondly, whereas in horde mode you almost have an overabundance of firepower, in escape mode, every bullet counts as ammo is sparse.

As you can well imagine, on harder difficulty levels the sparseness of ammo combined with the reinforced strength of your foes both conspire to turn escape mode into a hugely tactical and thoughtful game mode.

What Are The Best Tips For Winning?

Though Gears 5 multiplayer has more game modes than ever before. There are some common tips and tricks that you can employ to improve your performance across all of them.

How Does It Work?

In order to obtain a rank in Gears 5 ranking system, you need to finish five separate and complete matches to achieve a rank. The keyword there is ‘complete’ as any sort of crash, loss of connection or quitting the match halfway through will ensure that the match does not contribute towards your total. Once you’ve polished off your fifth match, you will be placed into one of the five ranks depending on your overall performance – kills, objectives completed and so on within each of those matches.

What Can You Achieve?

These are the following Gears 5 ranks that you can be placed into based on your performance in the Gears 5 ranking system mentioned above (rated from best to worst):